Nedim Kufi (b.1962, Baghdad) is an artist, printmaker and graphic designer based in Utrecht, The Netherlands. His work is often based on old and collected photographs and deals with the themes of loss, memory and exile. He speaks to RUYA about his influences and upcoming projects, and his mixed feelings towards the past in his work.

You work a lot with old images, from family photos to advertising. What themes do you expore in your work? I try to recreate memories using family photographs, particularly the ones from Iraq, when we weren’t troubled by strife and war. Even old posters advertising Coca Cola, cars and medicine, are appealing to me for that reason. My collection is like a small museum. In my current project No-stalgia, I draw from these old photographs, and it is almost like the images have new a life of their own.

What was the first artwork you ever admired? It was an image of a whale swallowing the Prophet Younis, on the shrine of his burial site in Kufa [the one in Mosul has since been destroyed]. I had never been to the sea, and was struck by the size of the whale, which I saw as a giant fish. I was told the Prophet was a holy person, and couldn’t understand why the whale would want to swallow him. I must have been about 5 or 6.

How has it impacted your work today? I like drawings of tales and myths, (hikayat), like the story of the Prophet Younis. I am drawn to their naiveté. In my work, I would like to go back to this primitive, childlike drawing, as if I’d never drawn before, or gone to art school. The drawings are clearer, the ideas more pure and the mind freer. This is why I am drawn to the past, to go back to a time of innocence and happiness. History is ugly, it is full of meaningless evil, wherever you look – whether its Vietnam or Iraq – but the role of artists and scientists within it is beautiful. 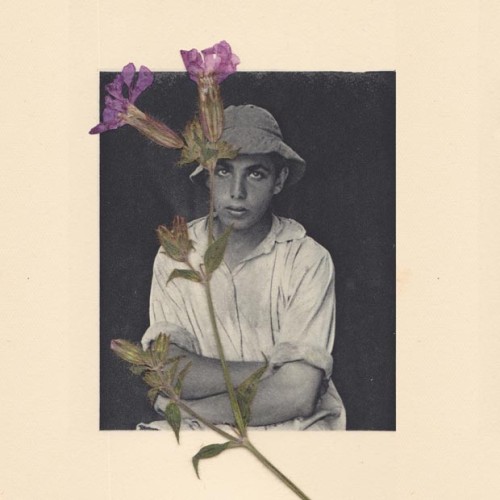 Images courtesy of the artist.

What person or experience has influenced your work the most? Rafeq Nasser, my professor and later my good friend at the Institute of Fine Arts in Baghdad. He passed away this year. We met in the late 80s, a stressful time at the height of Saddam’s rule. Rafeq headed the Graphics Department, which he had modelled according to Western art schools. His approach to teaching was different, as was the way he used printing tools. He had studied in China under exceptional circumstances, and he knew about their traditional printmaking tools and techniques. He often became good friends with his students. Going to the department felt like a step away from reality. I liked etching and printmaking and was in the studio all the day. I wanted my work to be unique and original.

You left Iraq in 1991, how easy was it to continue working as a printmaker? I fled Iraq in 1991 with my wife. Everyone was leaving at the time. I went to Amman, and Rafeq was there too. We shared a studio and were involved with cultural organisations like Dar al Fanoon and the Sheman Foundation. We gave etching lessons together.

You often work with photographs of your own childhood and family, did you take many of these with you when you left Iraq? Yes, around 20 of my favourite images. My father took these photos. I still have his camera with me here.

Do you remember one of the moments when he took one of those pictures? This is an emotional question! On Fridays, which is the weekend in Iraq, my parents would dress my siblings and I up, and we would go up to the roof to take pictures. Many Iraqi families did this every Friday, it was particularly nice in the winter. My dad would buy a roll of film for 12 photographs. Looking back at these I realised that he had an aesthetic vision for these photographs, I could tell from the angles he used, and the composition of the images. Although he isn’t in these photos, you could feel his presence.

What would your father say when he took the photos? I’m not sure… but he was happy, relaxed. He liked Fridays, he would do the shopping, go to the barber’s and make himself look nice. 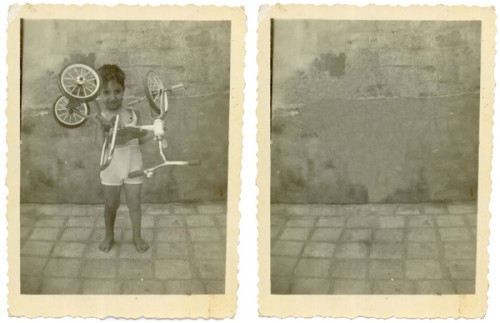 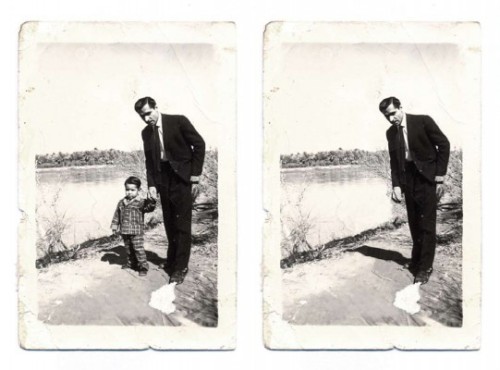 Did you do the same with your family? No, not necessarily. Recently I took a video of my daughter, she was five or six at the time, and was talking about whether she felt Dutch or Iraqi. She was born in the Netherlands, and in the video she mixes Dutch with Iraqi Arabic. It was funny and so insightful!

Tell me about your project The Wisdom Machine. The Wisdom Machine is a website which generates random combinations of words. We collected 2000 words as data for our programme. I was influenced by Dada, and random words. When the words come randomly from a machine, you feel a bit innocent. When we use words, there is a certain logic and understanding behind it, which is not the case for a machine throwing out random words. I think this makes us aware of the unconscious processes. This was a collaborative project, with Talal Refit , a programmer from Germany. I took the language and resources, and he programmed it and we worked with it, hour by hour. It was exhibited at the Institut du Monde Arabe in Paris, in French and Arabic. I enjoyed watching the audiences engage and react with the machine.

Do you go back to Iraq? I went to Baghdad this year for ten days, I wanted to set up a design centre there, but this didn’t work out in the end. Baghdad is chaotic, different to how I remember it.