At the Frieze Masters art fair in London last week, Dubai’s Meem Gallery launched a new publication of works by the Iraqi artist Dia al Azzawi, alongside an exhibition of his work at the fair.

The selection of early works featured in the catalogue, from 1964-73, when the artist was still based in Iraq, reflects the artist’s early interest in Modernism, folklore and Islamic iconography. A student of archeology at the University of Baghdad in the preceding years, his studies of ancient civilisations had a profound impact on his early work. 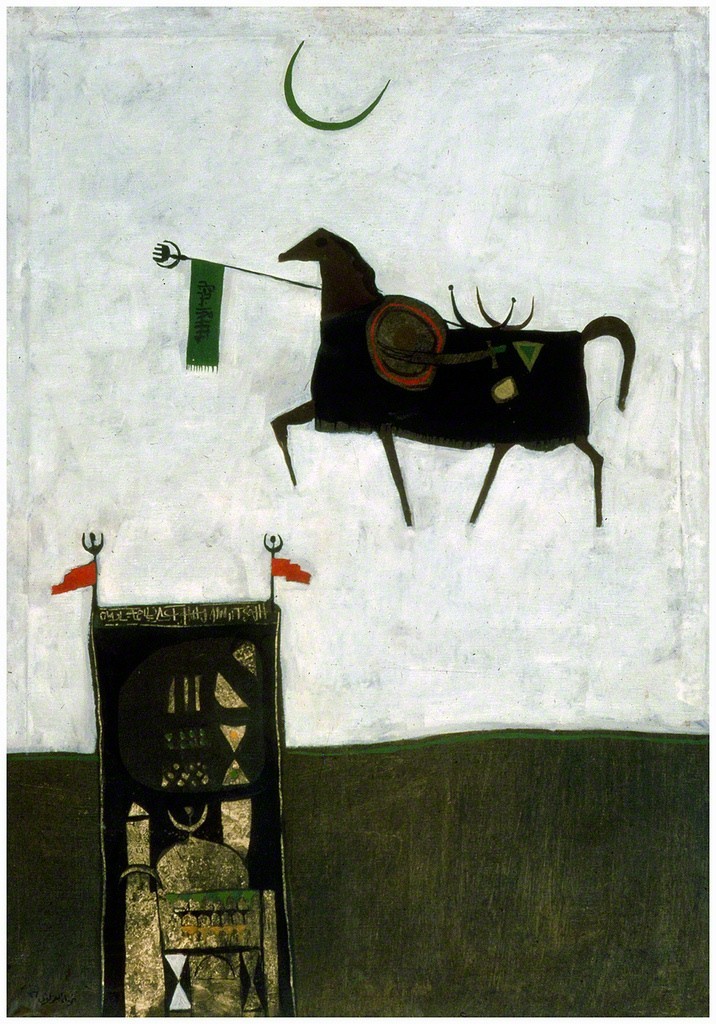 His revival of Mesopotamian imagery and mythology also reflects his interest in the earlier works of artists like Jawad Salim and Shaker Hassan, who formed the innovative Baghdad Group of Modern Art. The group introduced the idea of a modern painting and sculpture in which the subject matter was Iraqi culture and heritage.

One of the best known living artists from Iraq today, Dia al Azzawi was a key figure in disseminating the arts and culture of Iraq. Under self-imposed exile in London from the late 70s, he ran the Iraqi Cultural Centre on Tottenham Court Road, where he held exhibitions and published books on modern Iraqi painting and graphic design, often collaborating with international arts organisations and artists. His work is in many important collections worldwide, and in 2012, the Tate Modern held the exhibition Facing Histories: Dia al Azzawi and Leon Golub.

Meem Gallery’s display at Frieze Masters introduces some of the artist’s least known paintings from his time in Iraq in the 60s and early 70s, to an international audience. These early works reflect the artist’s negotiations between folkloric heritage and modernity, often featuring symbols like the horse or the crescent. It is possible to trace the artist’s development throughout these years, as his work became more abstract and more political, thus breaking away from the ideas of the Baghdad Group of Modern Art.

The publication includes an insightful Q&A with anthropologist and art historian Salim al Bahloly, an essay by Prof. Nadia Shabout, and a foreword by Meem Gallery’s Charles Pocock.

The catalogue is available from the Meem Gallery website.