Ruya Foundation has commissioned two art projects along the Tigris River and in the marshes of southern Iraq, to address the country’s water crisis. Iraqi artists Sherko Abbas and Akeel Khreef“>Akeel Khreef will explore the impact of rising temperatures on the delicate ecosystems of the historic river and marshes.

The project is part of the newly launched World Weather Network, which sees a collective of 28 arts organisations build a global constellation of ‘weather stations’ in response to climate change. For one year starting on 21 June 2022, artists and writers will share ‘weather reports’ in the form of observations, stories, images and imaginings about their local weather and our shared climate, creating an archipelago of voices and viewpoints on a new global platform. 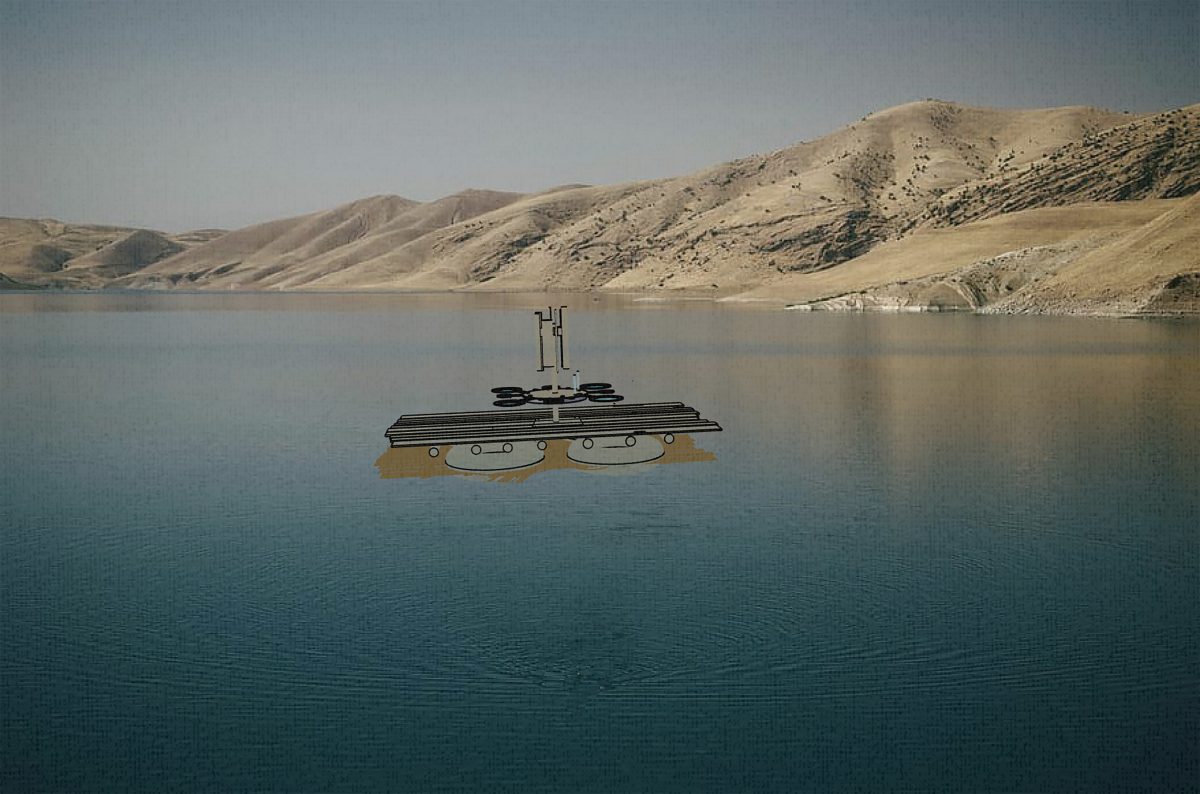 Artist Akeel Khreef buries a fish at the Najaf cemetery.

Water holds an important cultural significance in Iraq, which was known in ancient times as the land between two rivers. The ancient cities of the Sumerian marshes gave birth to the Mesopotamian Civilization where agriculture first developed and writing was invented around 3500 BC.

But today, dams built by neighbouring countries at the sources of the Tigris and Euphrates rivers have reduced the levels of fresh water flowing into Iraq. In addition, the delicate ecosystem of the marshes of southern Iraq has been severely threatened through rising temperatures, neglect and conflict. An indigenous population living along the banks of the marshes was forced out due to Saddam Hussein’s regime redirecting the river and drying out the marshes. In 2016, the marshes were named a UNESCO World Heritage Site, yet they continue to be threatened by rising temperatures.

Responding to this, Sherko Abbas is creating a mobile weather station raft, entitled the Tigris River Sound Lab, on which he will install objects and instruments to record sounds made by the weather such as water, wind and rainfall.  Alongside the collecting of sounds, Abbas will also gather stories, songs and poetry from people who inhabit both ends of the river: from Dukan Lake near the Iraqi-Kurdish border in the north to the marshes and the Persian Gulf in the south of Iraq. His focus is on fictional stories and myths about the water that are orally transmitted from one generation to another, but are not documented.

Akeel Khreef’s Marshes Weather Station takes the form of a series of films featuring the artist, his own body as a barometer for climate change, in the marshes in Southern Iraq, where his family originates. Khreef’s weather reports look at three key elements in the ecosystem; cane reeds, fish and agriculture. The drying out of the Marshes highlights the emotional co-dependency of humans, flora and fauna in this fragile ecosystem.

About the World Weather Network

In response to the global climate emergency, 28 arts organisations across the world have formed the World Weather Network, a ground-breaking constellation of ‘weather stations’ located across the world in oceans, deserts, mountains, farmland, rainforests, observatories, lighthouses and cities.

For one year starting on 21 June 2022, artists and writers will share ‘weather reports’ in the form of observations, stories, images and imaginings about their local weather and our shared climate, creating an archipelago of voices and viewpoints on a new global platform.

Offering different ways of looking at, listening to, and living with the weather, writers and artists’ weather reports will be shared on the World Weather Network platform from each location: the Himalayas, the Mesopotamian Marshes in Iraq and the desert of the Arabian peninsula; the Great Salt Lake in Utah and the ‘Great Ocean of Kiwa’ in the South Pacific; ‘iceberg alley’ off the coast of Newfoundland, the waters of the Baltic Sea and the Arctic Circle; a tropical rainforest in Guyana and farmland in Ijebu in Nigeria.

Artists and writers are working in observatories in Kanagawa in Japan and Manila in the Philippines; looking at cloud data in China and lichens in France; lighthouses on the coast of Peru, the Basque Country and the Snaefellsness peninsula in Iceland; and cities including Dhaka, Istanbul, Johannesburg, London and Seoul.

Climate scientists, environmentalists and communities will participate in a wide-ranging programme of special events held in each location and online through the platform. Through the course of the year, the London Review of Books is commissioning special reports from writers based in many of the locations in the World Weather Network.

Whilst each organisation is reporting on their local weather, every one of these ‘weather stations’ is connected by the over-heating of the world’s atmosphere. The World Weather Network presents alternative ways of responding to the world’s weather and climate, and is an invitation to look, listen, learn and act.