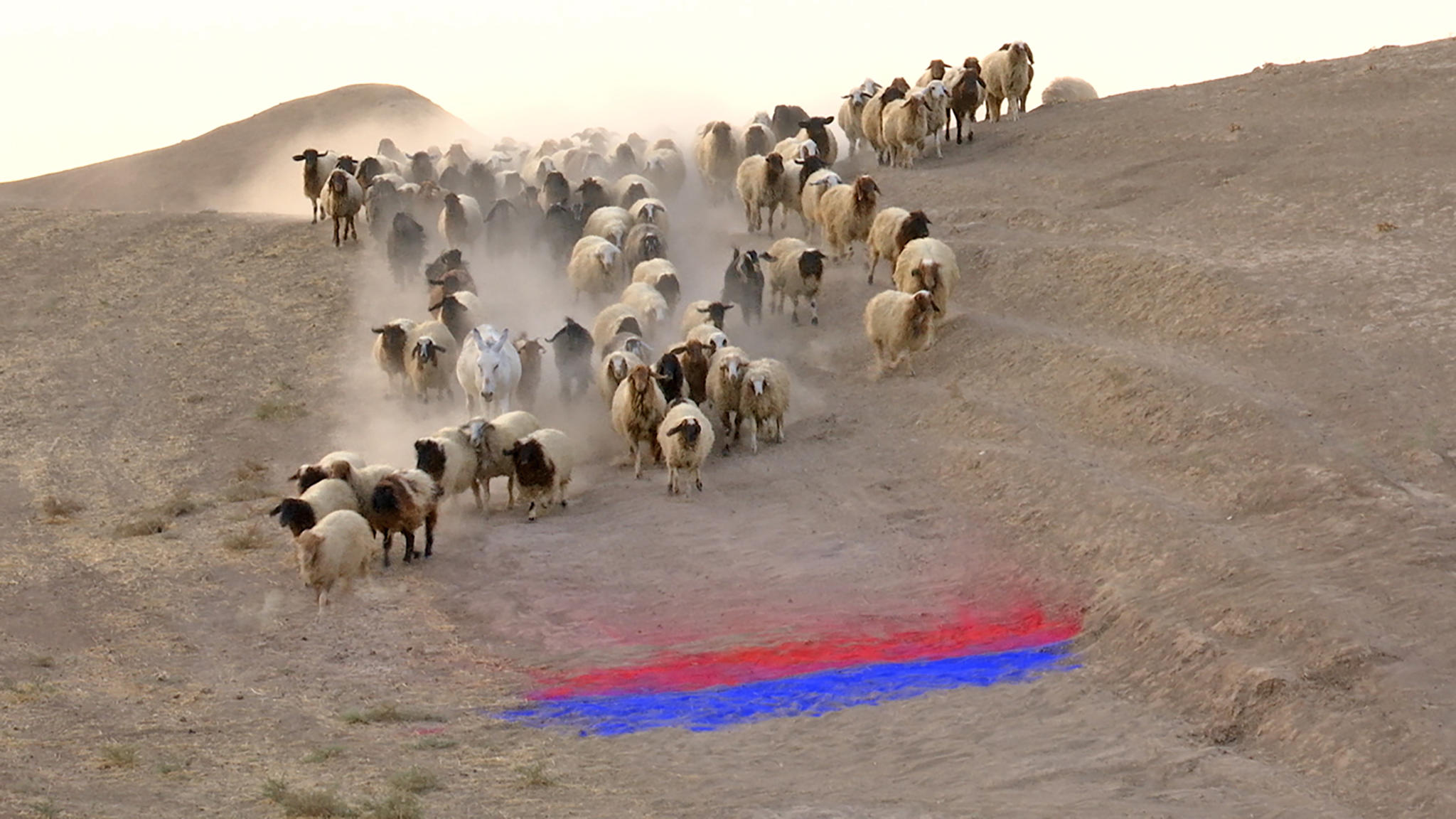 Ruya Foundation is pleased to announce the première of Francis Alÿs’ film ‘Sandlines, the Story of History’ (2019), made in collaboration with the Foundation and Julien Devaux, which took place on Saturday, 25th January at the Sundance Film Festival.

Contemporary artist Francis Alÿs has created more than just a history of Iraq from the Sykes-Picot agreement in 1916 to the Islamic State’s influence of terror in 2016. It can rather be considered the story of history itself, as can only be portrayed by children. These children have never heard of the country of Iraq. When asked, “Where is your country?” they answer, “Here, my village of Nerkzlia,” a tiny town near Mosul, invisible on Google Maps. And so this story starts, during a time when the land was just the land and the land was for everyone, until scheming forces created a country by drawing lines in the sand.

Ruya Foundation invited the Belgian born artist to Iraq in 2016, and has collaborated with Alÿs since to produce a number of projects on pertinent themes relating to contemporary Iraq.

Alongside research trips, Alÿs has given a workshop to artists in Baghdad where he presented his film ‘Reel-Unreel’ (2011), and visited two refugee camps, in the Dohuk Province, in the Kurdistan Autonomous Region of Iraq. He followed this with an extraordinary visit in late 2016 in which he was embedded with a Kurdish battalion on the frontline during the Liberation of Mosul offensive.

In 2017, Ruya Foundation announced Alÿs’ participation in the exhibition ‘Archaic’ as part of the Iraq Pavilion’s presentation at the 57th Venice Biennale. Alÿs’ commission ‘Colour Matching’ responded to his experience in Mosul. The main line of enquiry for his installation was the role of the artist in war, whilst he also examined themes of nomadism.

‘Sandlines’ is the product of a longstanding dialogue between the artist and the Ruya Foundation, a collaboration which intends to result in a solo show to present the artist’s work during this period. 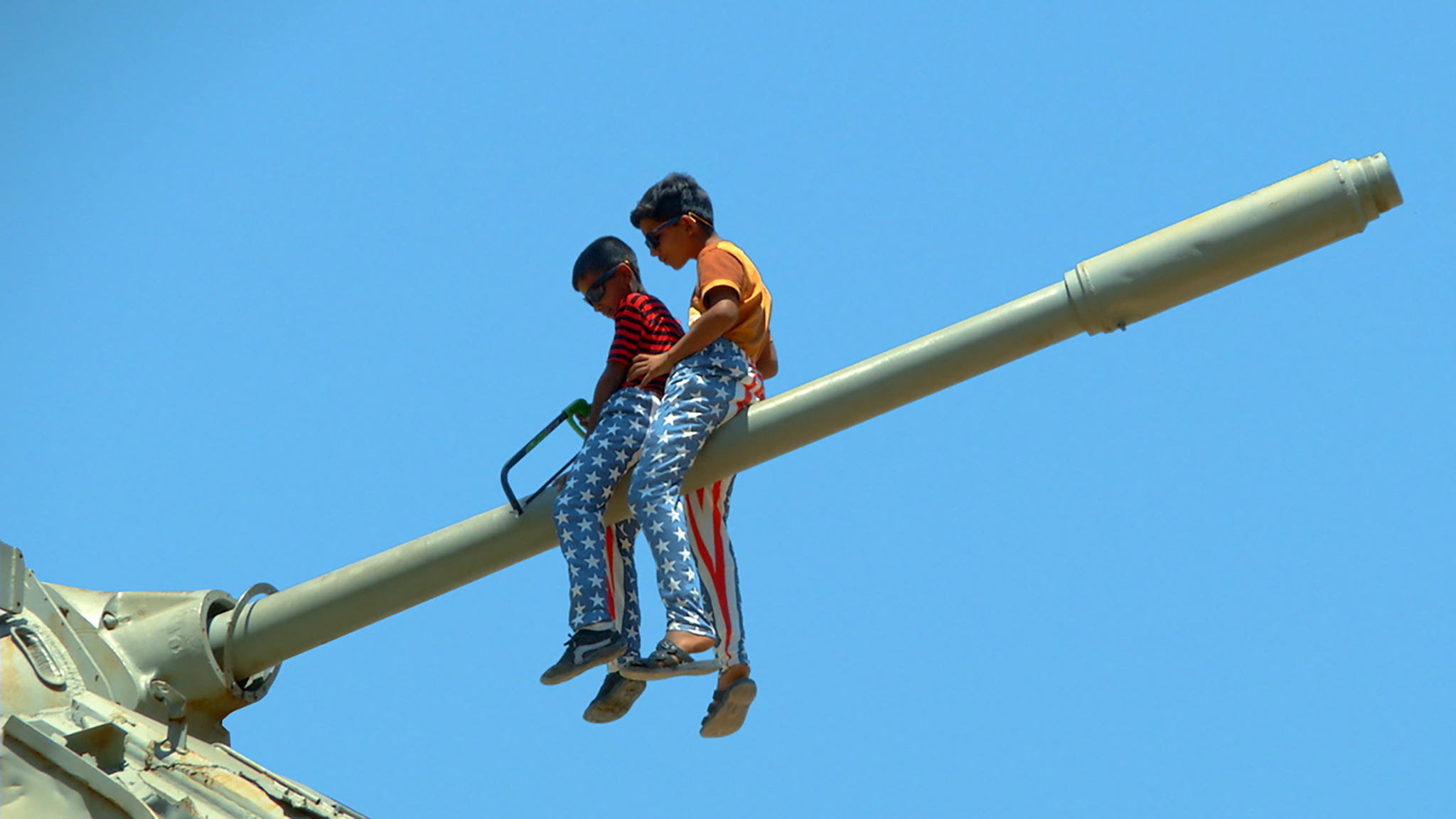 “Sandlines is a stirring, precisely composed film that draws on the power of epic desert landscapes and the unbounded jubilance of childhood. In this striking debut feature, Alÿs draws from his artistic practice—rooted in land-based movement and social practice—to craft a luminous film that basks audiences in a radiating tension between politics and poetics, as he explores the chase for oil through the lens of children facing an unknown future.” – Sundance Film Festival

Screenings:
At Sundance, there are further screenings at the Festival on Wednesday, January 29th, at 12:00pm, Park Avenue Theatre and Saturday, February 1st, 6:30pm at The Ray Theatre.

The European première of Sandlines was part of the International Film Festival Rotterdam on January 27th. There are further screenings on Wednesday, January 29th, at 21:15pm, Pathé 6 with a Q&A session afterwards and on Saturday, February 1st, at 22:00pm, Cinerama 3.