The Ruya Shop presents new video work by the photographer and filmmaker Akam Shex Hadi. Travels in Assyria (2018) traces the aftermath of the recent war in Mosul, while drawing on Iraq’s ancient and colonial history. The film brings together two different scenes of a school play at the Assyrian rooms of the the Louvre in Paris and the children of a refugee camp in Khorsabad, a small provincial village 26km outside Mosul. 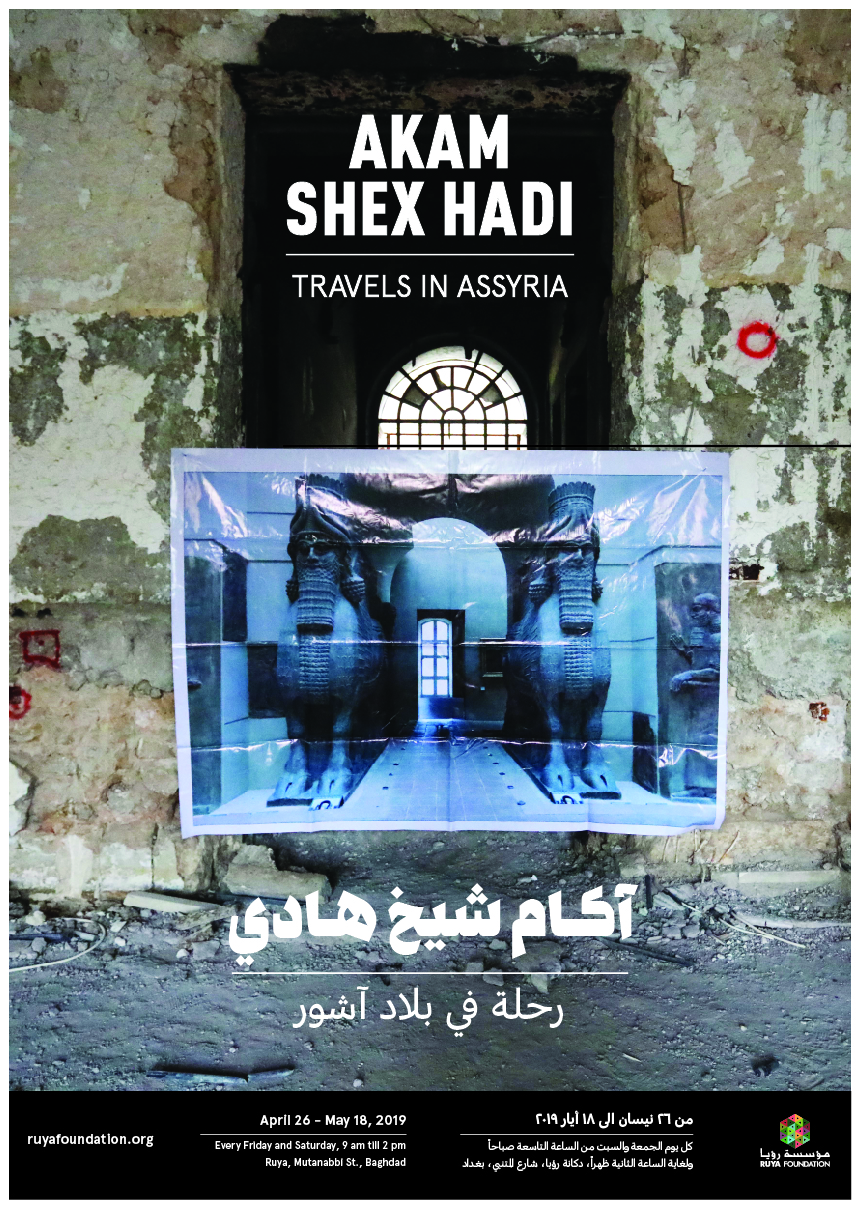 Khorsabad was once an important Assyrian city, built in the 8th century by King Sargon II, who named it the capital. The remains of Sargon’s palace were discovered in the 19th century by Emile Botta, the French consul to Mosul, and transported to the Louvre in Paris as a prize for France’s colonial venture in the region. Khorsabad remained a small provincial village whose past was forgotten until 2016 when ISIS destroyed all the remains of its Assyrian heritage and the newspapers wrote about it.

In the Assyrian rooms of the Louvre, children from a local French school perform scenes from the epic of Gilgamesh. These scenes are juxtaposed with those of children living in a makeshift camp outside modern day Khorshabad, where there was nothing left of the village but rubble and dust.

Hadi first visited Khorshabad in 2016, while he was embedded with the Peshmerga in the Battle for Mosul, and again in 2017 when he returned to document the territories that had been liberated from IS, and destroyed in the process.

Hadi printed poster-sized photographs of the Louvre’s exhibition rooms and hung them along the walls of the camp near Khorsabad. The camp’s children, who are the same age as those seen at the Louvre, gather around the images. They unaware that these artefacts helm from their historic home, or that they are the children of historic Assyria.

Travels in Assyria will be screened from 26 April to 18 May 2019 at the Ruya Shop, Mutannabi Street, Baghdad, every Friday and Saturday, from 9am-2pm.