On World Refugee Day, we commemorate the strength, courage and perseverance of millions of refugees. From our experience working in Iraq and in the refugee camps, we have seen the positive impact of supporting culture in conflict and crisis zones, both at the local and international level. This week, we spoke to two Iraqi-Kurdish filmmakers, whose work has centred on Iraq’s refugee and IDP crisis, about their projects. 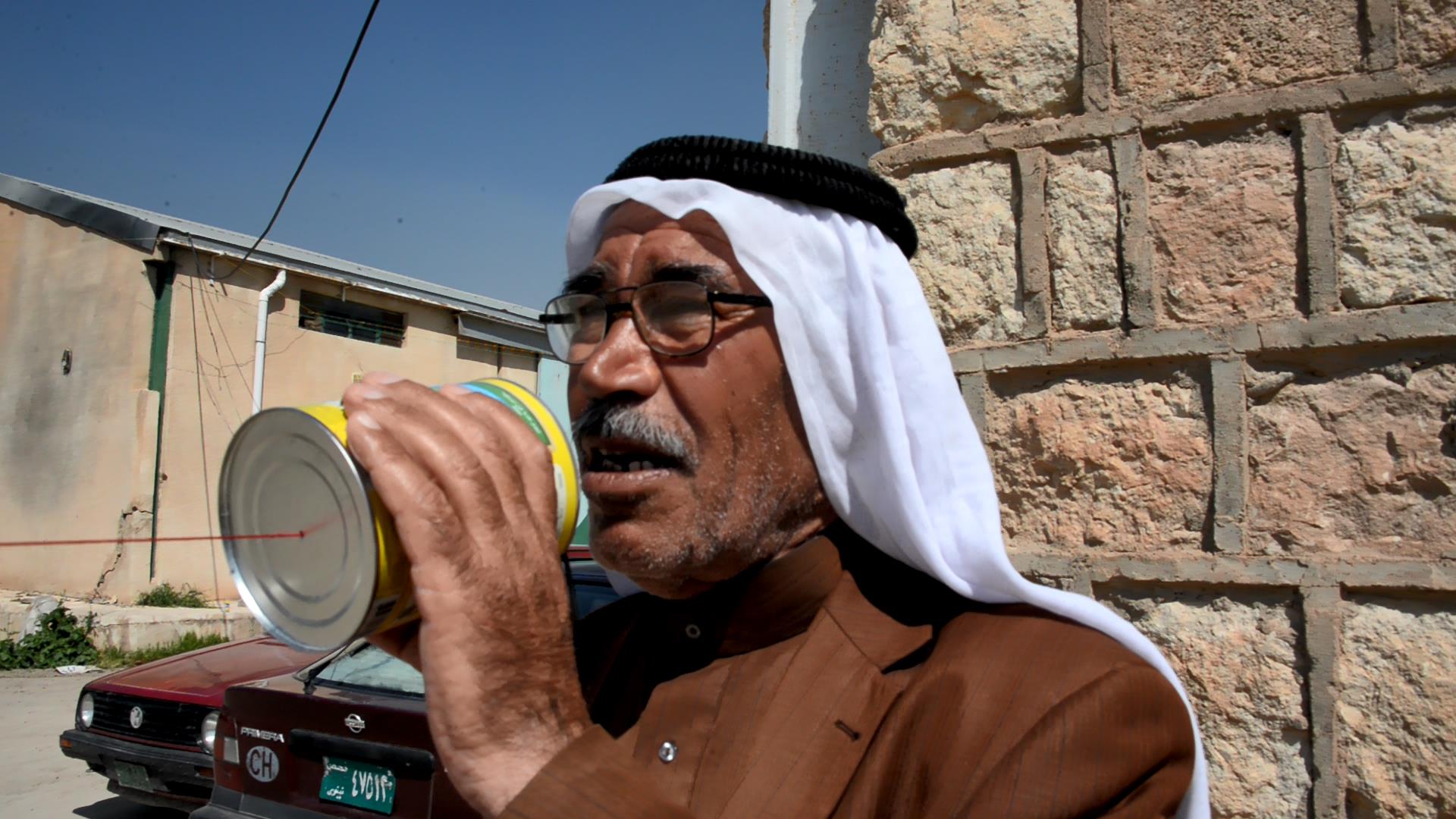 Project by Hemn Hamed encouraging individuals from different Iraqi cities and faiths to communicate through a makeshift audio device to promote unity and peace. Courtesy of the artist.

Hemn Hamed is a filmmaker and artist based in Erbil. During the war to liberate West Mosul, Hamed led a humanitarian food distribution unit in Mosul. Every morning, he wrote letters and a will to his wife and children. These letters now form the basis of a new artwork, which he describes to Ruya:

Hemn Hamed: Every morning, I left my home at 5am to drive to Mosul with my team. There, we distributed food packages to those fleeing the city or stuck from the armed fighting. I never knew how the day would progress, or whether I would make it back. Between 4am and 5am, I sat in the kitchen and wrote a letter to my wife and children.

I received a daily military map of the locations we would cover with instructions. The map from Erbil to Mosul was divided into territories controlled by different armed groups. Our distribution points were marked in green, and the frontline in red. I only saw normal people suffer as a result of these divisions.

I described these daily journeys to my wife and children in my letters. One day we went to Zinjali, which had just been liberated. I wrote about the different checkpoints that we crossed and the militias that controlled them. I told them about the families that I met, some of them arriving straight from IS-controlled territories. Every day people came to collect food, I don’t know how they did it, or how they knew that we would be there. We just waited and they kept coming.

My team and I operated in a place that was not normal. Most of my team had trouble remembering what they saw on the day. I decided to write everything down so that I wouldn’t forget. In my letters, I wrote my memories from the previous day. I wrote about the past because the future was uncertain. We were not allowed to film or take photographs, so writing became my camera. I wanted to see what was happening in Mosul with my own eyes, not from the accounts and reports of others.

The boundary between my humanitarian work and my art became blurred in Mosul. I wrote real letters to my wife and children to describe real experiences. Yet I felt a compulsion to record and inform as an artist. I collected a lot of objects from Mosul during the war. Among these was a small tree, that I took home and replanted. It has grown since and I’m hoping to return it Mosul one day.

For the installation, I will present about 30 personal letters alongside the military maps. 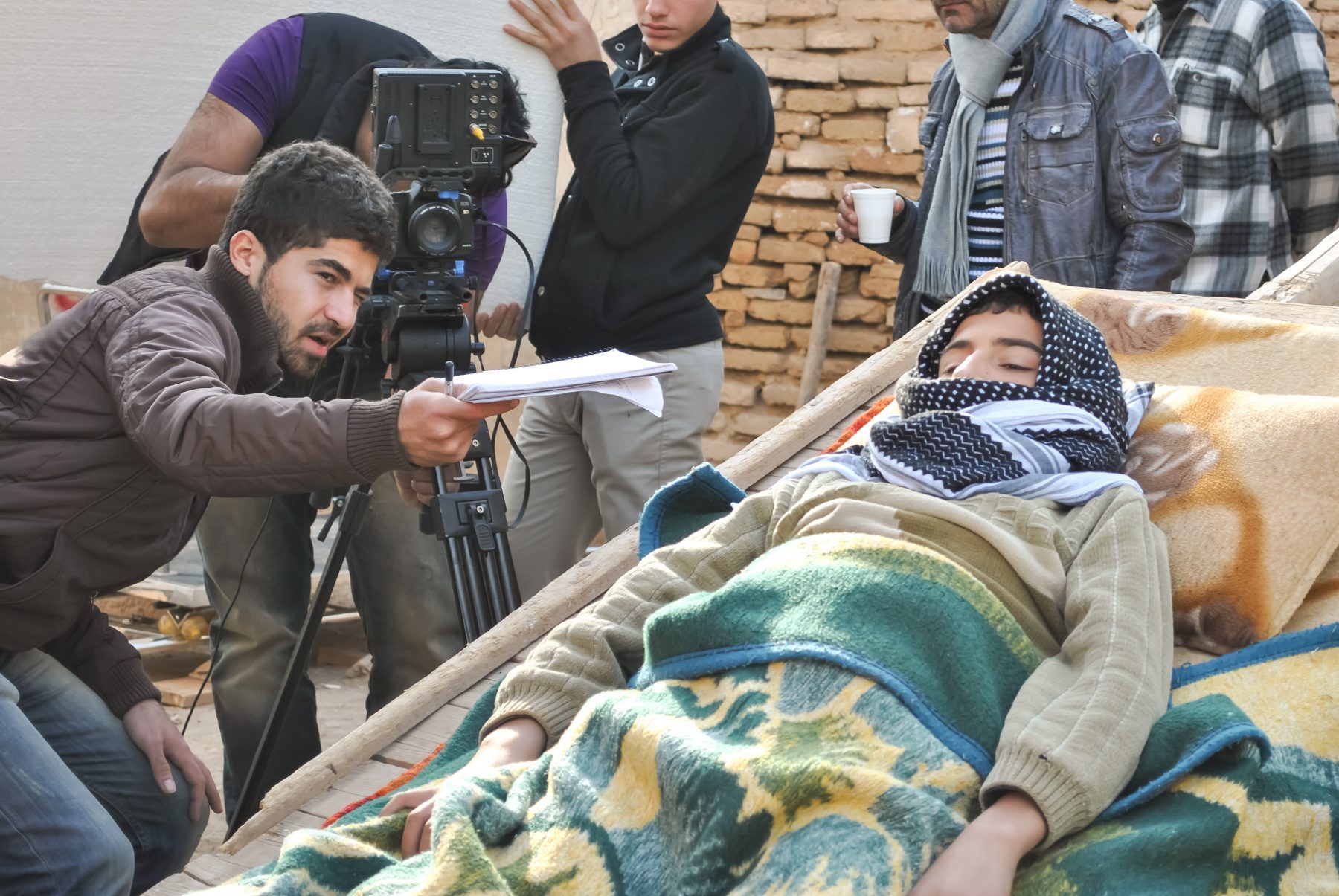 Parwar Tariq is a filmmaker currently based in Paris. Since 2014, Tariq has worked with foreign and local filmmakers on documentaries about the refugee crisis in Iraq. He was assistant director to Karzan Kader in the feature film Bekas (2013) about two orphaned Iraqi brothers. In Paris, Tariq has been working on the screenplay for a fiction film about the recent conflict with IS, told from the perspective of a Yezidi woman:

Parwar Tariq: We need more films about the lives of refugees and asylum seekers in Europe. Their journeys from war-torn countries and across the Mediterranean have been told. Yet little is known about the hardships in their new homes. Many of them struggle with depression, trauma, finding work, learning a new language and integrating. Even if they are in the most beautiful and peaceful country in the world, they feel like second class citizens. I have met refugees in France who are qualified engineers or practicing artists and who have given up their practice because the emphasis is on building a new life.

Cinema is an important tool for educating and developing culture. Yet the cinema industry has become too commercial and business-minded. My script for a fictional feature film about the recent war is based on my encounters as a filmmaker in Iraq with aid-workers, activists, doctors and IDPs, as well as Yezidi women that I met and interviewed in Iraq and in Europe. I presented it to producers in Paris. Their main concern was that the story was too sad to be commercially viable. Women were the biggest victims of IS in my opinion. Yet there is no major feature film about what happened to Yezidi and Christian women under IS-occupation. There have been reports and documentaries, but their circulation and distribution is poor. Moreover, a fiction-film can recreate scenes that would help viewers empathise with the horror.