The films will be presented over the month of April at the Ruya Shop, Mutanabbi Street, Baghdad. 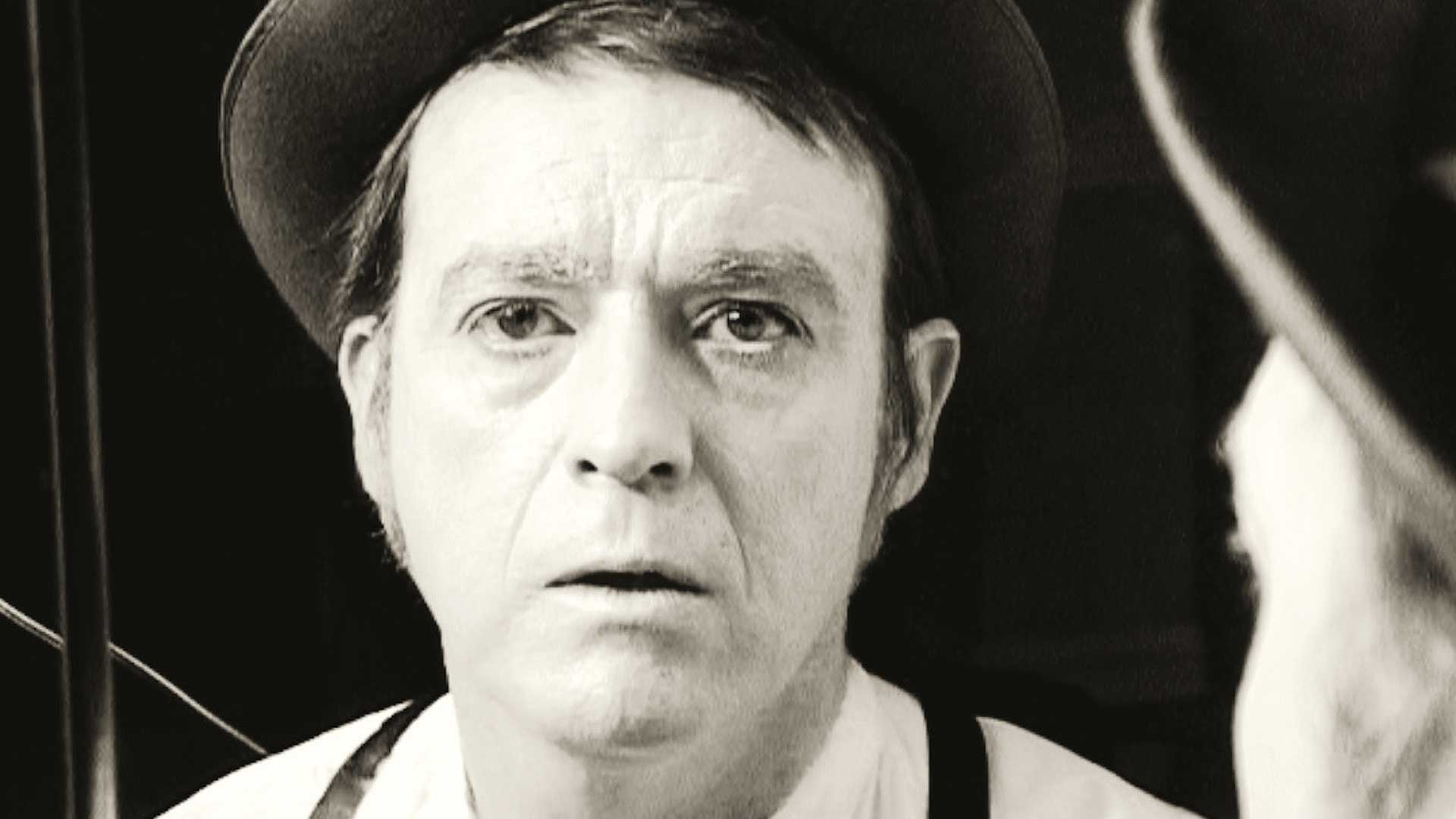 Dean Kelland is a UK Based Artist who explores portraiture as a performative practice. In Falling Slowly (Act III) the artist is presented in the guise of a slapstick comedy performer. Positioned in front of the mirror he engages in an intense process of misidentification where he repetitively seeks to remove his make-up in order to recognise and restoretez a sense of self. This flawed act is perpetuated by the attempt to remove the make-up from the reflected face. 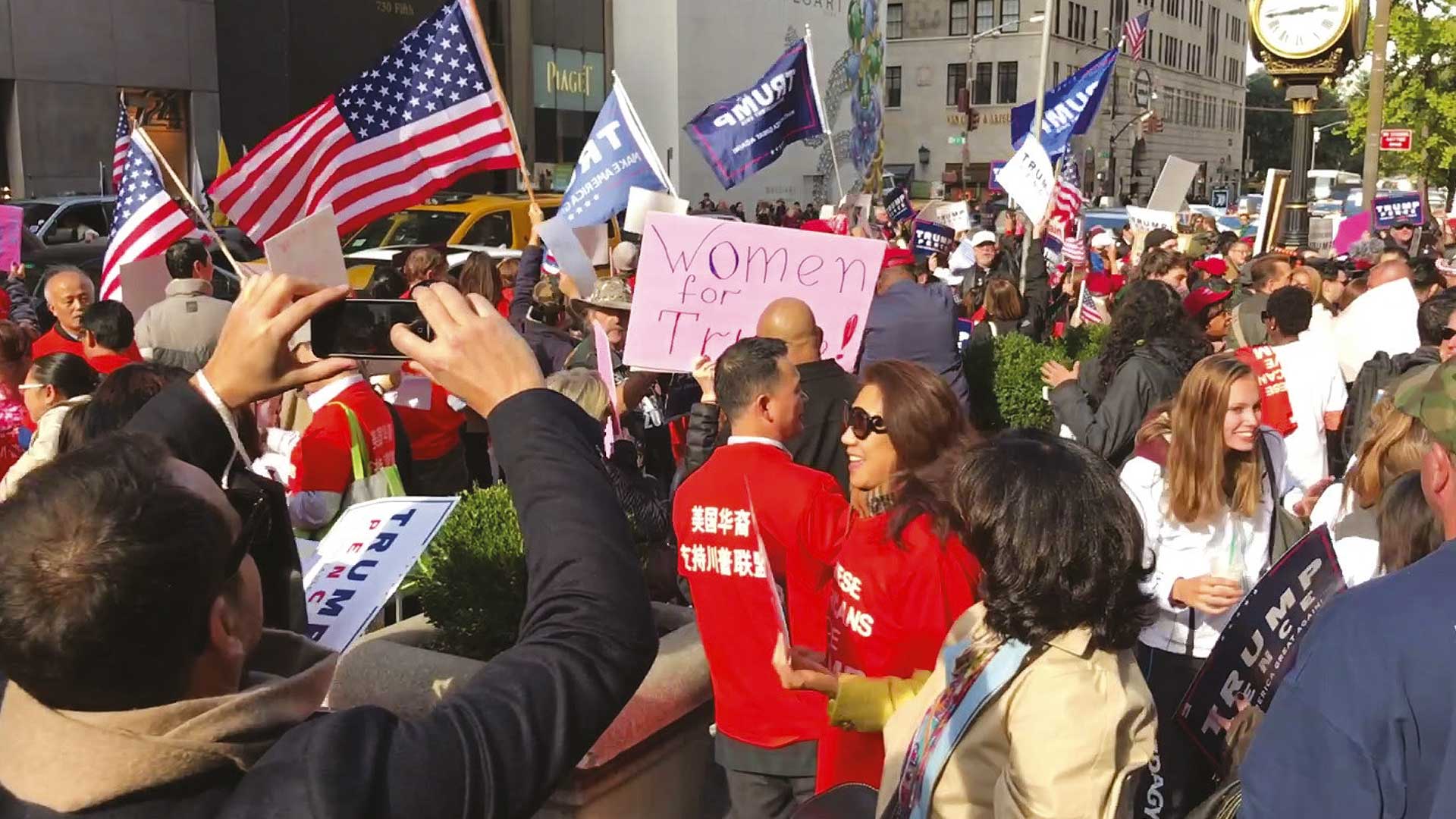 ‘On the Saturday before the US election 2016 my husband and I filmed a rally outside Trump Tower on our IPhones. Supporters from far and wide had congregated to show their support, as at that point in time the polls had him as the underdog. Amongst the crowds were various factions, Blacks for Trump, Women for Trump, Holocaust Survivors for Trump, Jews for Trump, Catholics for Trump, Chinese-Americans for Trump…..The hatred for Hilary was very palpable and scary. The chants of “Lock Her Up” and “She Lied, She Lied” are silenced in the film, but a large handwritten billboard diatribe gives voice to the mania. It all seems so long ago now.’ 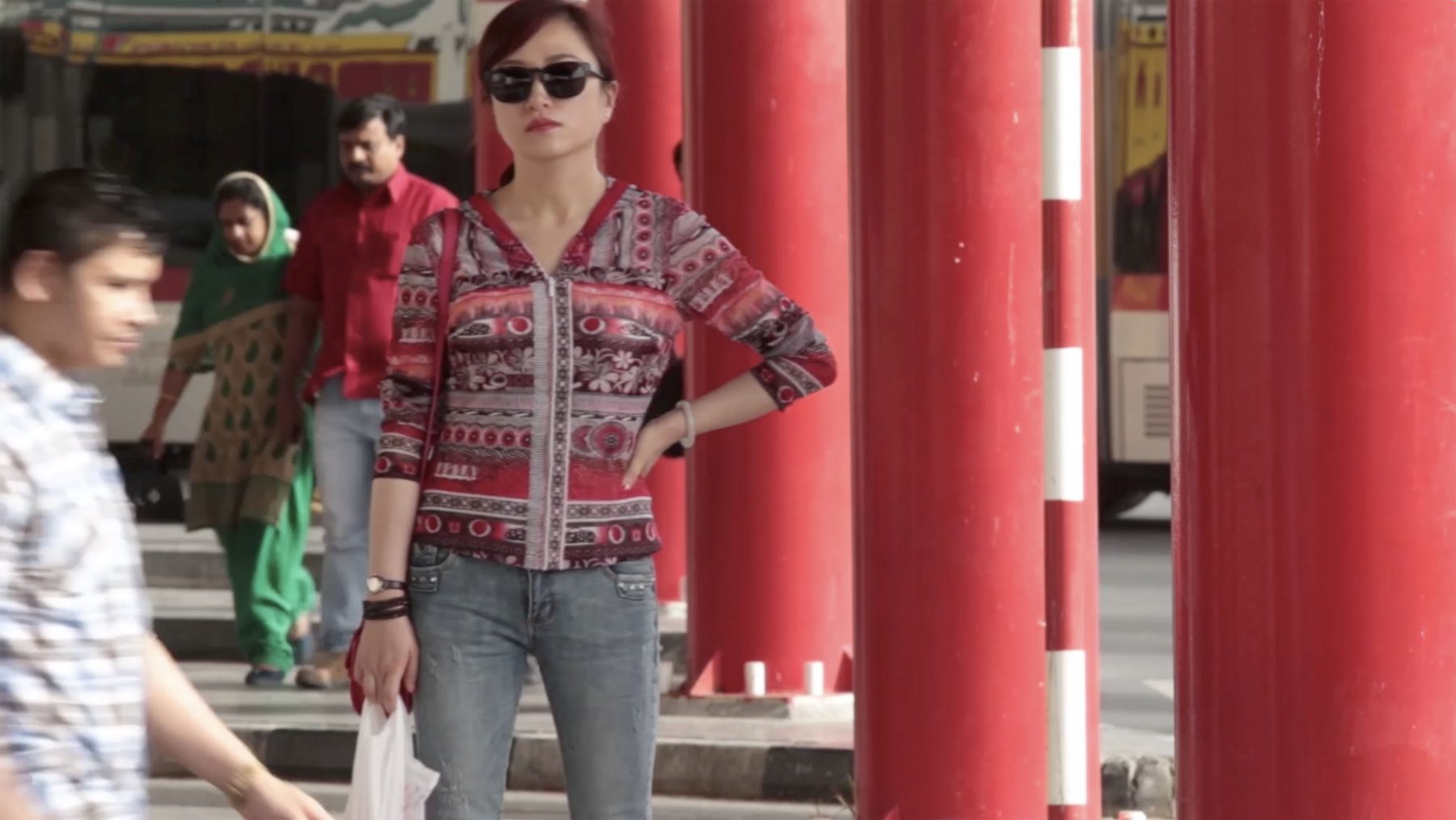 Since the 1990s, every shot taken by the artist Beat Streuli, while founded in a solid conceptual framework, inevitably invites us to plunge into the spontaneous movement of daily life in the city. Immersed abruptly in this mass, we are confronted with some figure or detail of urban life. The videos bear witness to the artist’s awareness of the places he appropriates here, including Dubai. We glimpse the contradictions and tensions of the city – the portraits of Indian and Pakistani workers contrasting with the phantasmagorical world of Dubai. Streuli’s approach, which allows spectators to both engage with and remain distant from this set of evocative images, presents the living and the built-up environment of cities with an objectivity which goes beyond the moment. 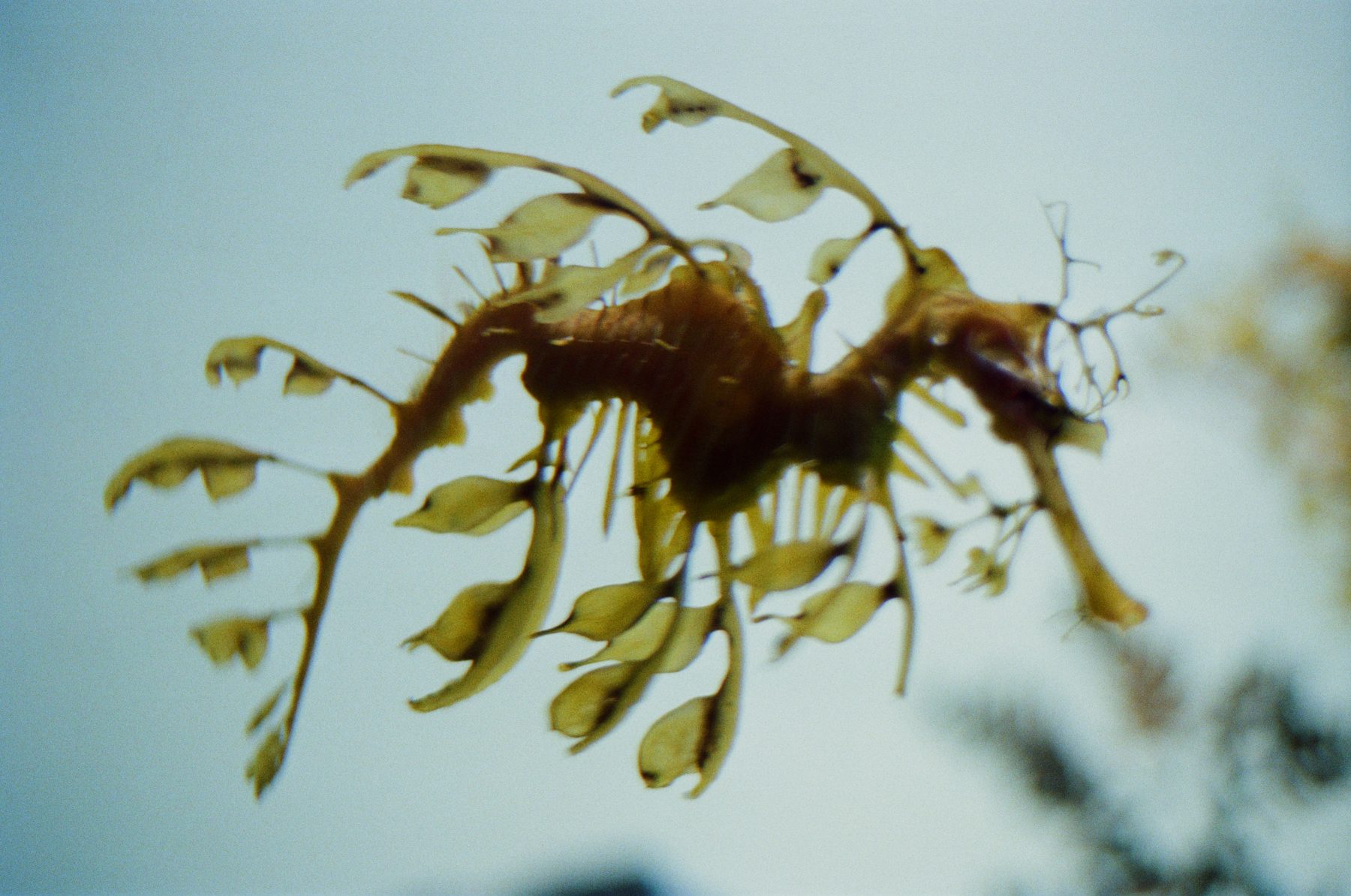 Shimabuku, still from Leaves Swim, 2011, Courtesy of the artist.

Shimabuku’s work is infused by a sense of wonder. Found objects and chance encounters often for him are like everyday miracles, inspiring and communicated to us variously in an easy going style. The emphasis is on discovery rather than invention, on the transformation of experience through imagination, thus blurring the line too often drawn between art and life. Shi Yong, still from Silent Film, 2011. Courtesy of the artist.

A young American man and a Chinese girl casually pass time in each other’s company on a local street. They are citizens of the two most powerful countries in the world but couldn’t be more shy, happy to co-exist but a meaningful relationship is beyond them because they do not share a language. He leaves after a while; she stays. A slow psychological drama, it can be easily read as a geopolitical vignette. 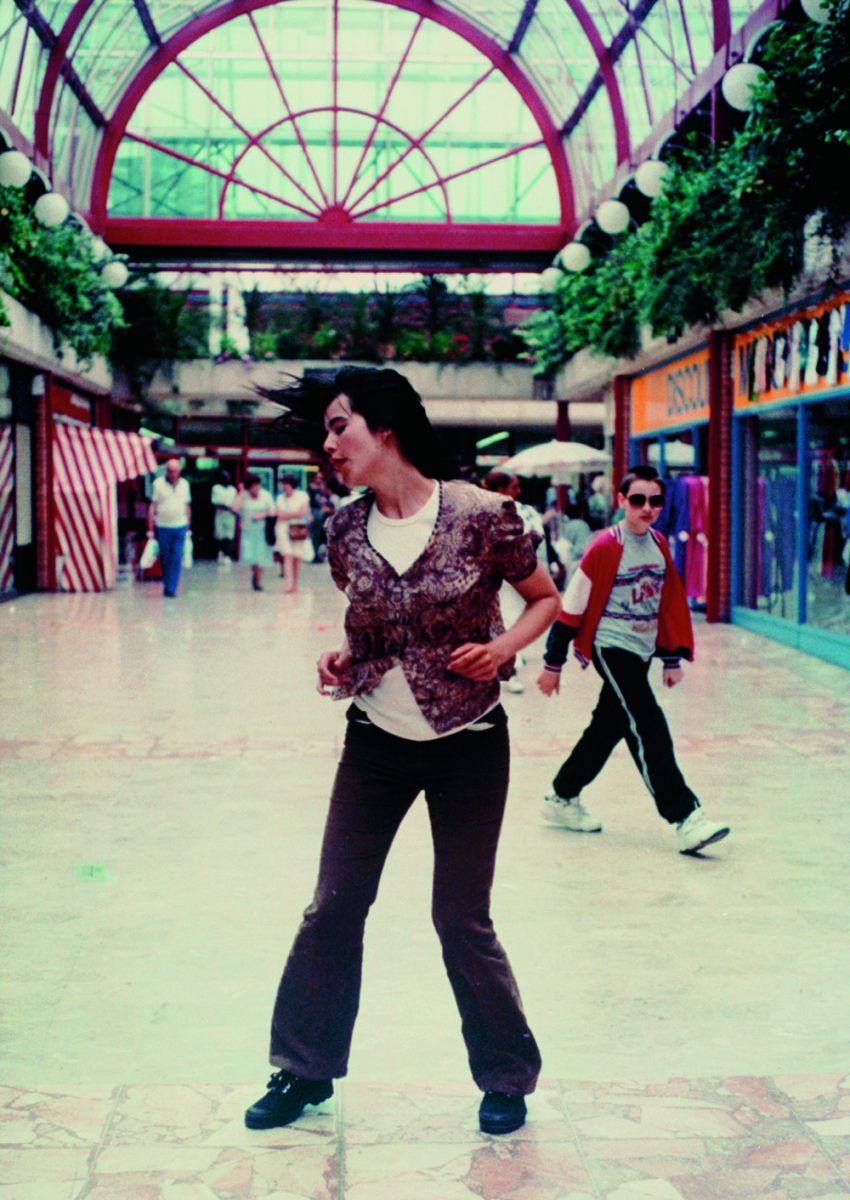 This is an early video work by Birmingham-born artist Gillian Wearing. A kind of self-portrait, Dancing in Peckham shows the artist dancing for 25 minutes to music only she can hear in a shopping arcade in south London. 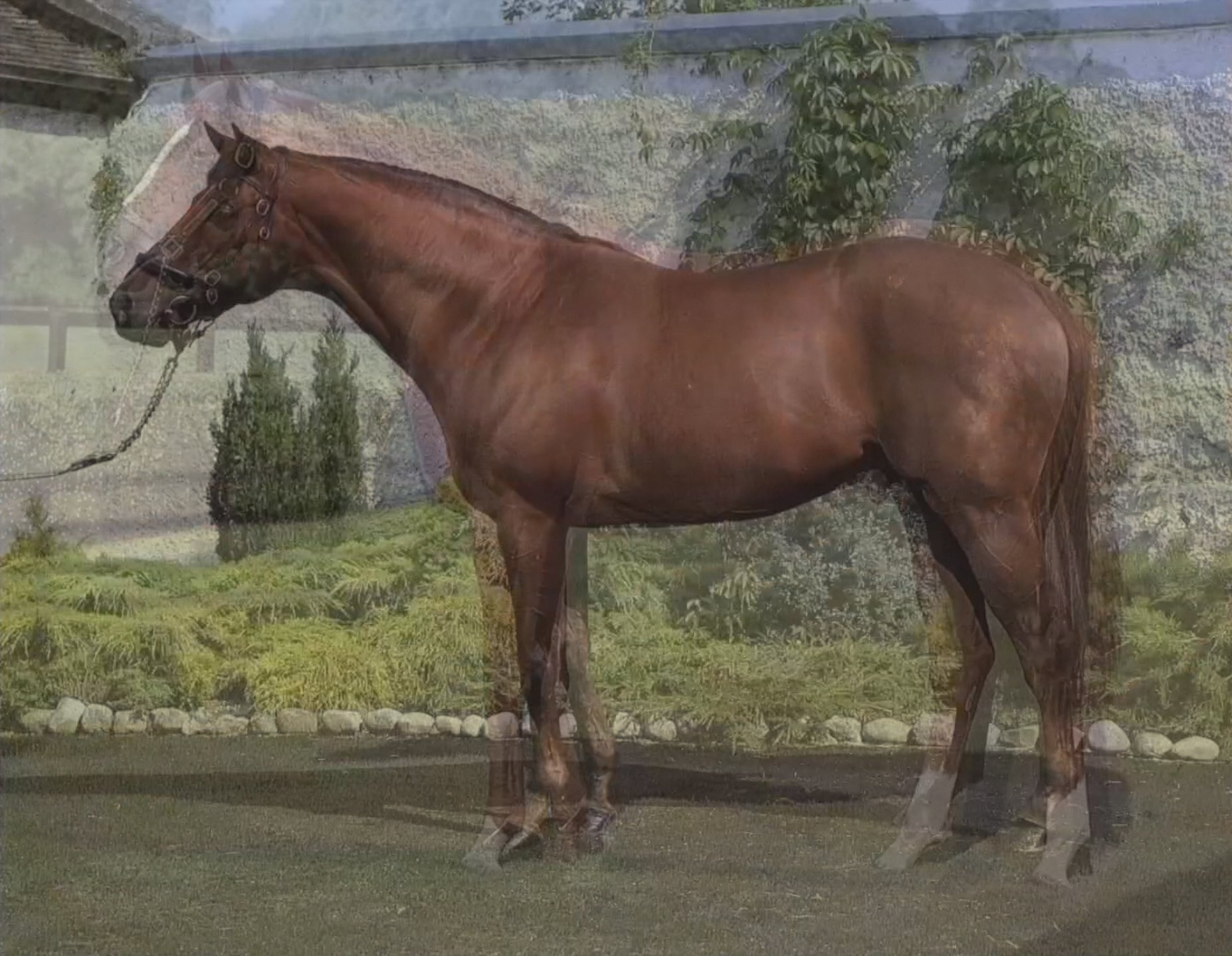 John Stezaker’s Horse (2012), which uses near-identical pictures from many editions of a racehorse catalogue. Courtesy of the artist and the Approach, London

John Stezaker is renowned for his smart conceptualism and use of appropriation through collage. His video Horse consists of 3600 images of various horses from a side angle, taken from the front page of the same racehorse catalogue over the past 30 years. Near-identical pictures are projected at 23 frames per second creating a shaking and flickering portrait of a horse. 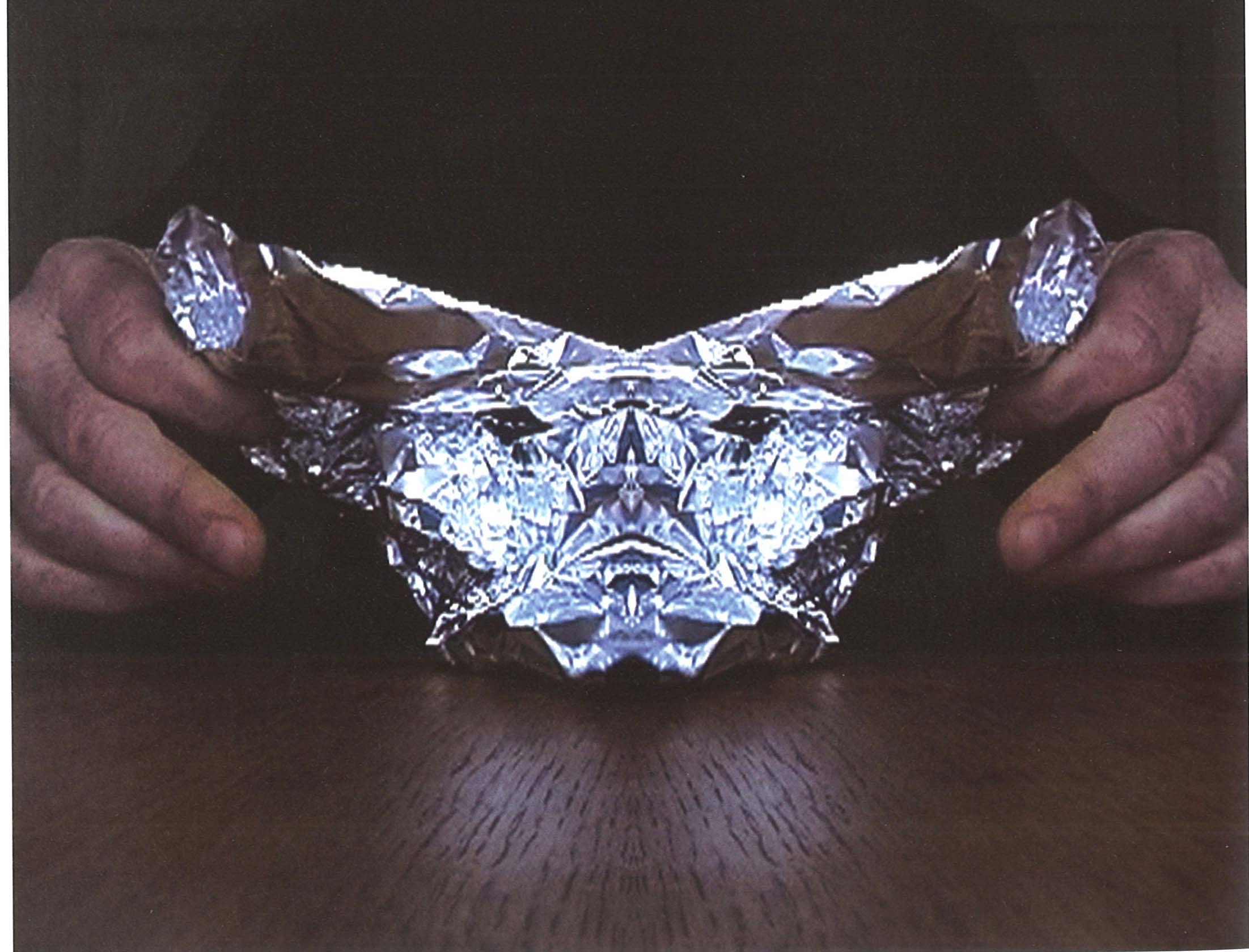 Déjà-vu (Hallu) (2003) conveys the artist’s infectious sense of wonder. In this mesmerising spilt-screen film, he manipulates a piece of aluminium foil to resemble weird faces and other forms, playing on the symmetry that characterises almost all life as we know it. 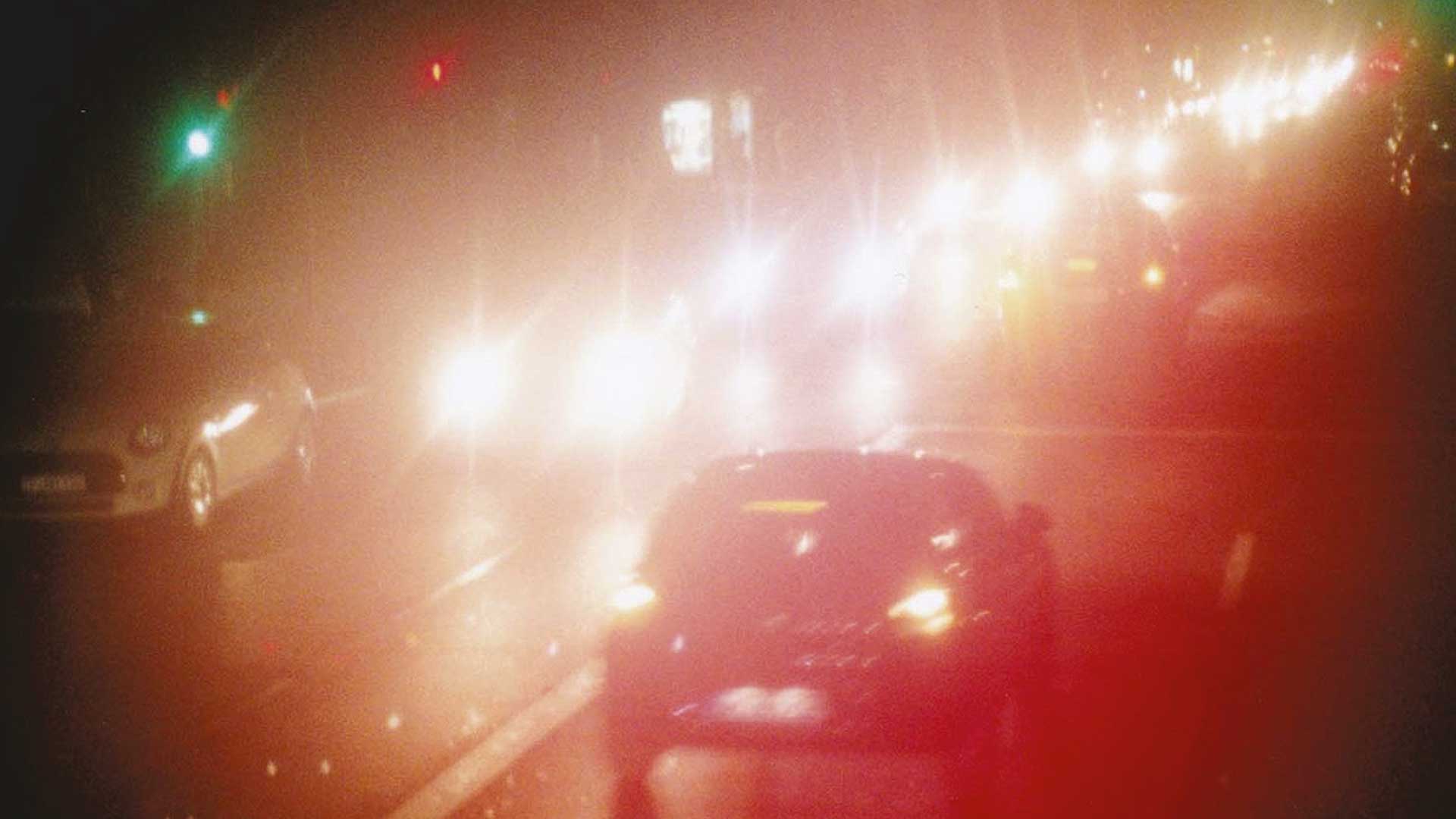 Noguchi Rika, To the Night Planet, 2015. Courtesy of the artist.

“At the end of the day, I gaze at the scene outside my usual double-decker bus. As the sky darkens, light appears in myriad hues. The bus makes its way slowly along the night planet.” 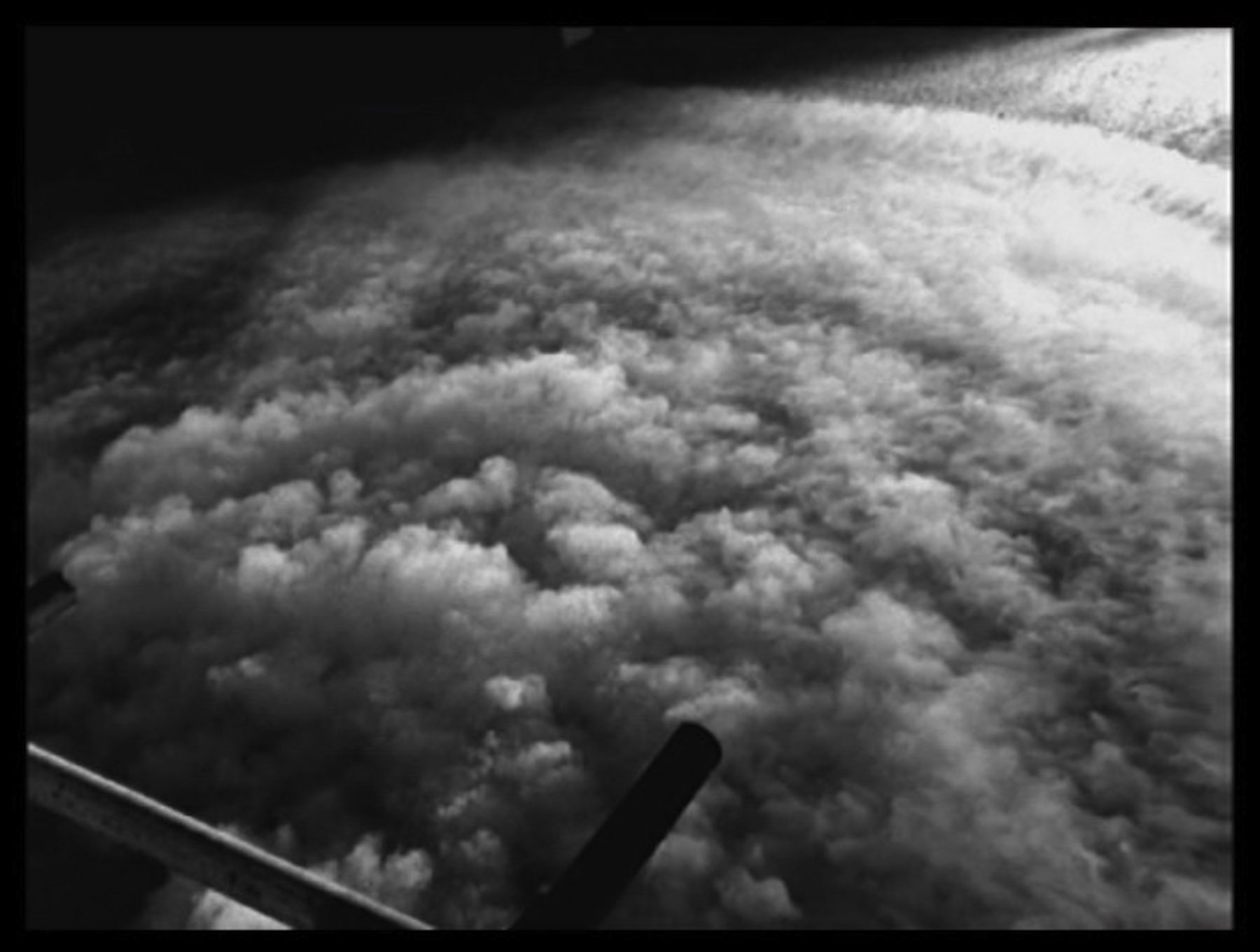 Graham Gussin’s film Spill (1999) points up cinematic effects to convey notions of threshold and threat. Set in an empty industrial building, gradually subsumed by artificial fog, it evokes the uncanny, referring to horror and science fiction films of the 1950s as well as contemporary commercial music videos. The overall effect is hypnotic and compelling. 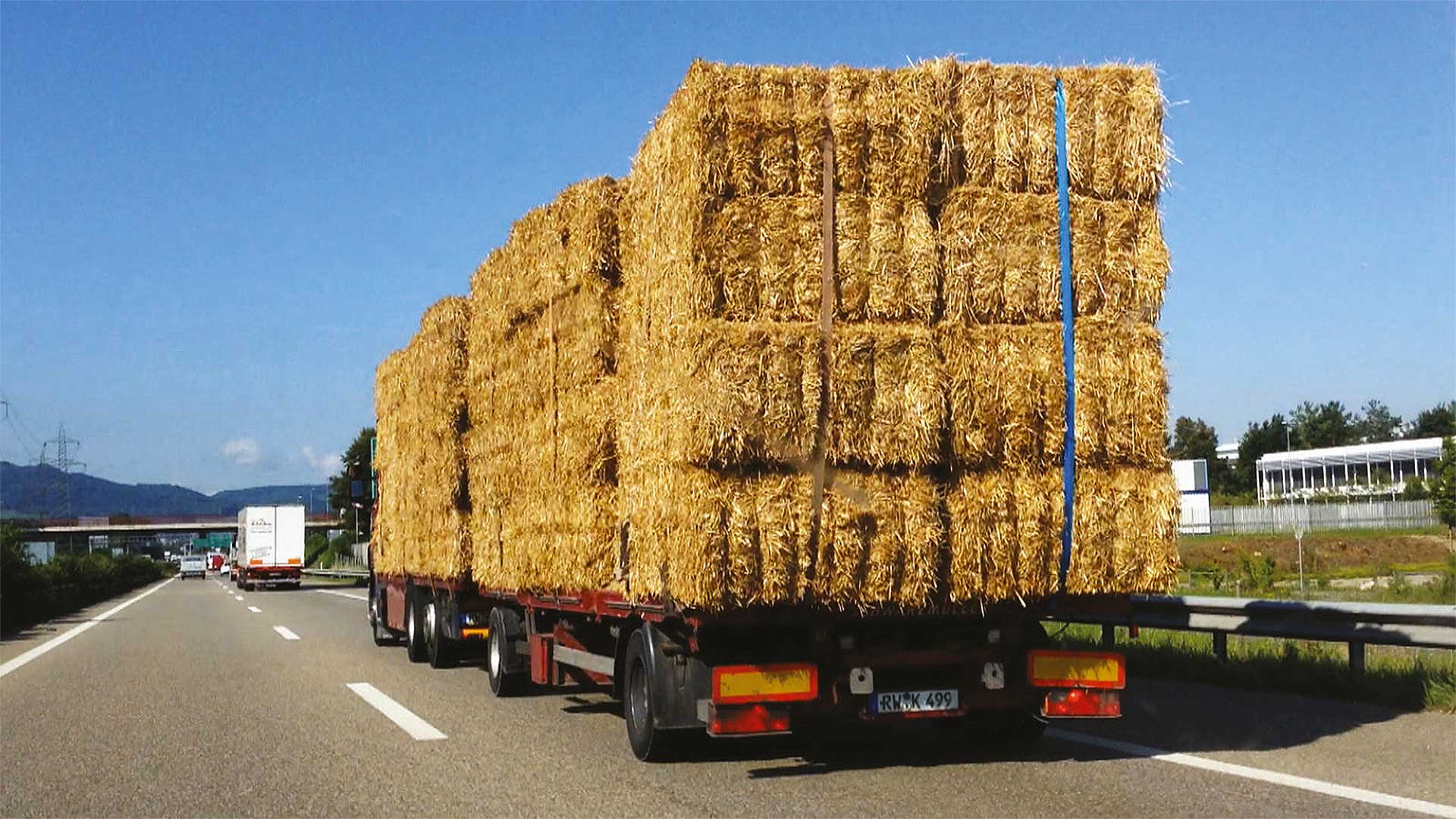 Swiss artists Lutz and Guggisberg’s work encompasses video, painting, installation and sculptural pieces revealing their funny melancholy and existential proposition borne out of pervasive absurdity. As a result, their practice is as free as it is sceptical. 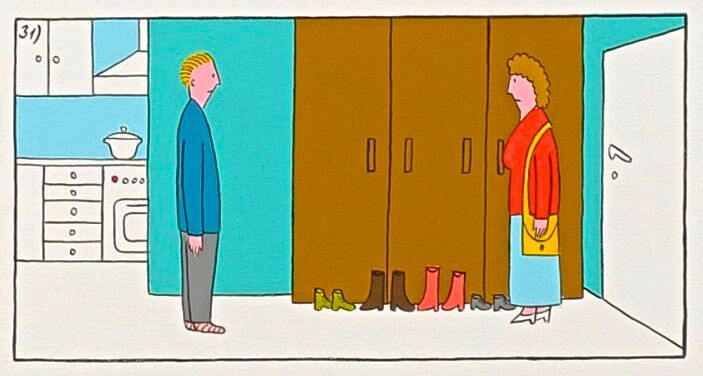 Marko Mäetamm was twenty-six in 1991 when Estonia won its independence from Russia. He was in his third year at the Estonian Art Academy. The videos Money shows a down to earth engagement between man and his family, and man and outside world.