It all started with André Malraux’s Imaginary Museum when the photographer Giorgia Fiorio first saw the image of the mask of Warka. Initially discovered in 1939 by the German Archaeological Institute in Uruk, southern Iraq, the head dates back to 3100 BC.

For Fiorio, what struck her most is how modern it looks, “like a Brancusi!” She was determined to understand how that could be possible, that something so ancient can look so modern, “it haunted me for 3 years before I could be see it live at the Museum in Baghdad.” Also known as the Lady of Warka, it is the earliest known representation of the human face that was most likely an embodiment of the Goddess Inanna, the Sumerian goddess of love, war, beauty, sex and fertility. When Fiorio finally succeeded in visiting the Lady at the Iraq Museum in Baghdad, she took thousands of images of her, over a period of two years. The current “presentation”, as she calls it, is the result of that work, and her collaboration with the archaeological department of the University of Ca’ Foscari in Venice, and the University of Sant’Anna in Pisa. 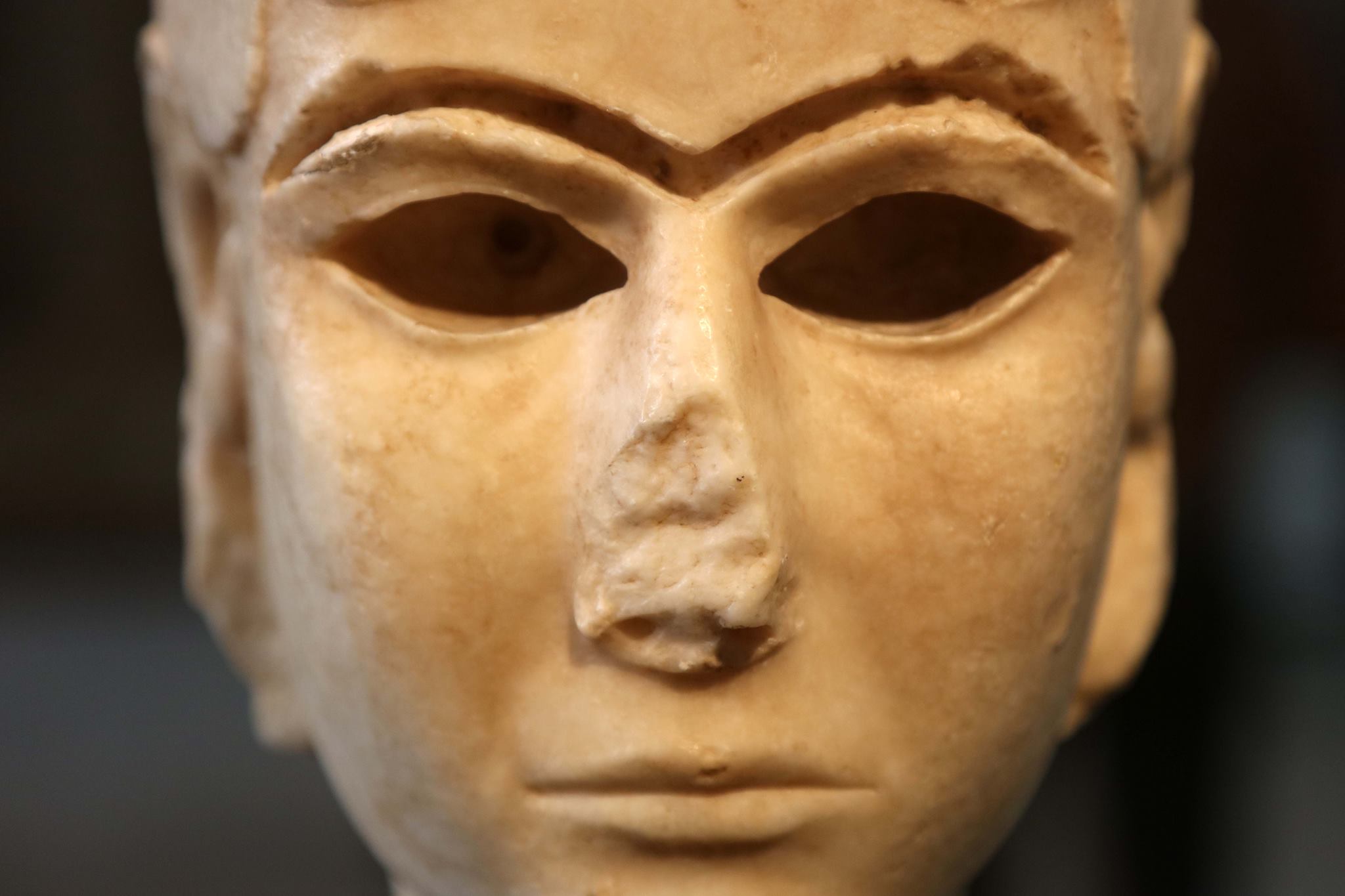 The result of her inquiry is an ambitious multi-disciplinary project that is a dedicated investigation into the complex meaning of the human archetype, and what Fiorio calls the semantic dimensions, or the archaeology of meaning,

“The Lady is one of several archetypal heads I am looking at, a mark from the origin and the most important one. The origin is something that when we perceive it, it takes place inside you. Why are the archetypal heads immutable? Because they continue inside the viewer. This is the role of the archetype and it imprints itself in you. It generates itself in you. And by definition it has a fractal quality. It is infinite.”

Fiorio’s understanding of the Lady is linked to the time of its appearance 52 centuries ago, in Uruk at that moment of the first stage of the first organization of the ancient world—the systematization of labour that turns into actual activities that defines human community around one centre. This is the time that the wheel is invented, the first great agricultural revolution, the first codification of language and writing—cuneiform.

The work on display at the Iraq Museum is in several sections. There are 36 photogrammetric images out of a much larger selection of over 3500 images that Fiorio took from 360 degrees, thus structuring the entire surface of the mask. Each image, taken very few degrees apart, shows a different head, a different gaze, and a different object. There is no fixed image.

In using these photos, Fiorio proposes an experiential tool of introspection, a journey into the unseen where the presence of the Lady’s invisible figure is transposed to the viewer’s perception. She says, “I use photographs to show what we don’t see, not the object itself. It was such an impossible challenge to address the invisible. For me, the photographic tool is no longer itself the final result, it is just the passage from the visible to the invisible.”

In addition to the images on display, entitled Eikona, Fiorio also has two other sections to her presentation that continue the meditation on the visible and invisible. In a separate space, where the Lady is displayed on a newly designed pedestal undertaken by Ca’ Foscari, are several images of the Lady positioned facing it, that can never be seen in the same frame. This forces the viewer to contemplate it in their minds eye, between the image and the reality. This is called Paradeigma. 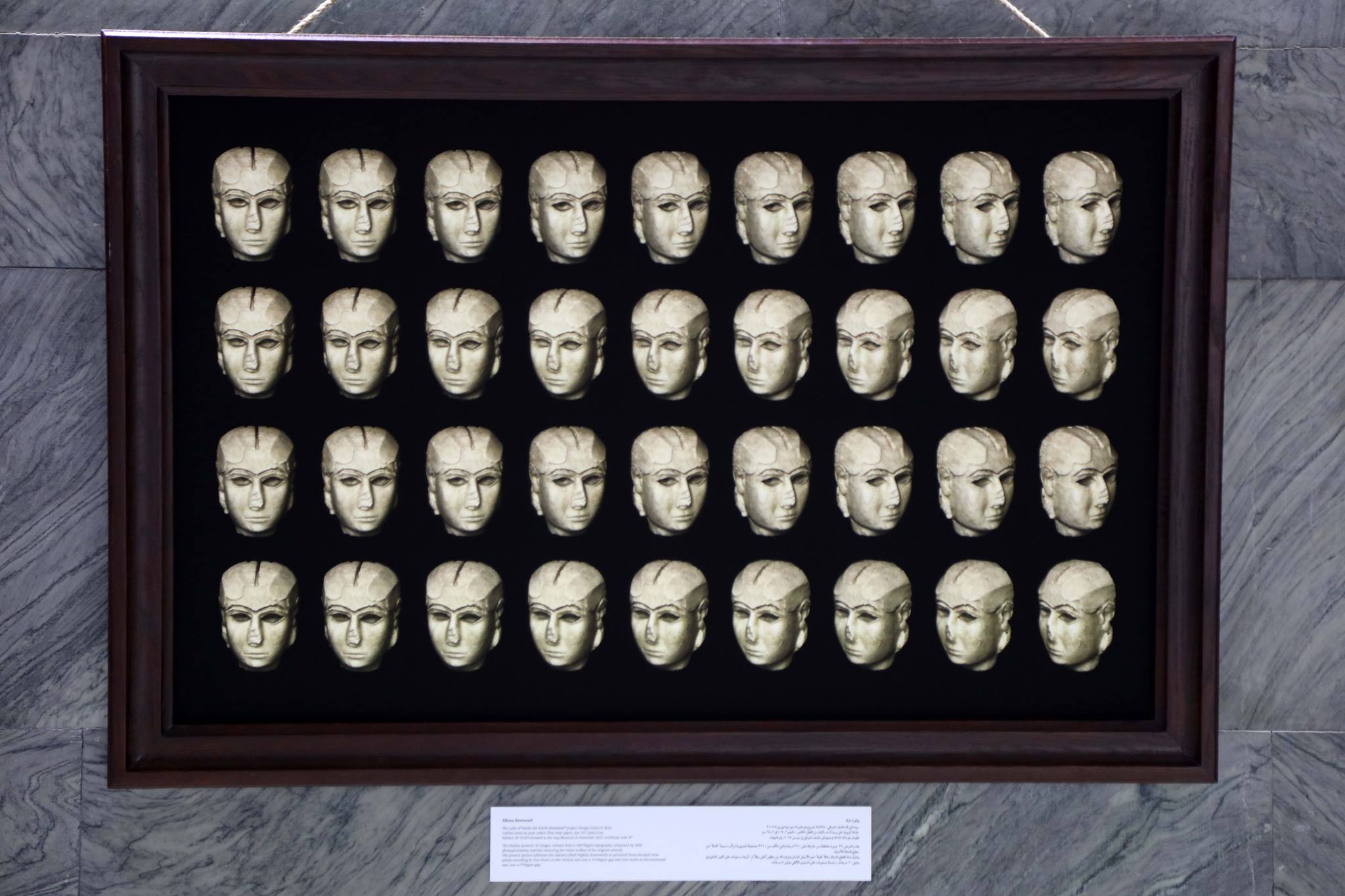 Giorgia Fiorio, detail from ‘The Lady of Warka and the Archaeology of Meanings’ (2017), installation view at the Iraq Museum. Photo: Ayman Al Amiri/Ruya Foundation. 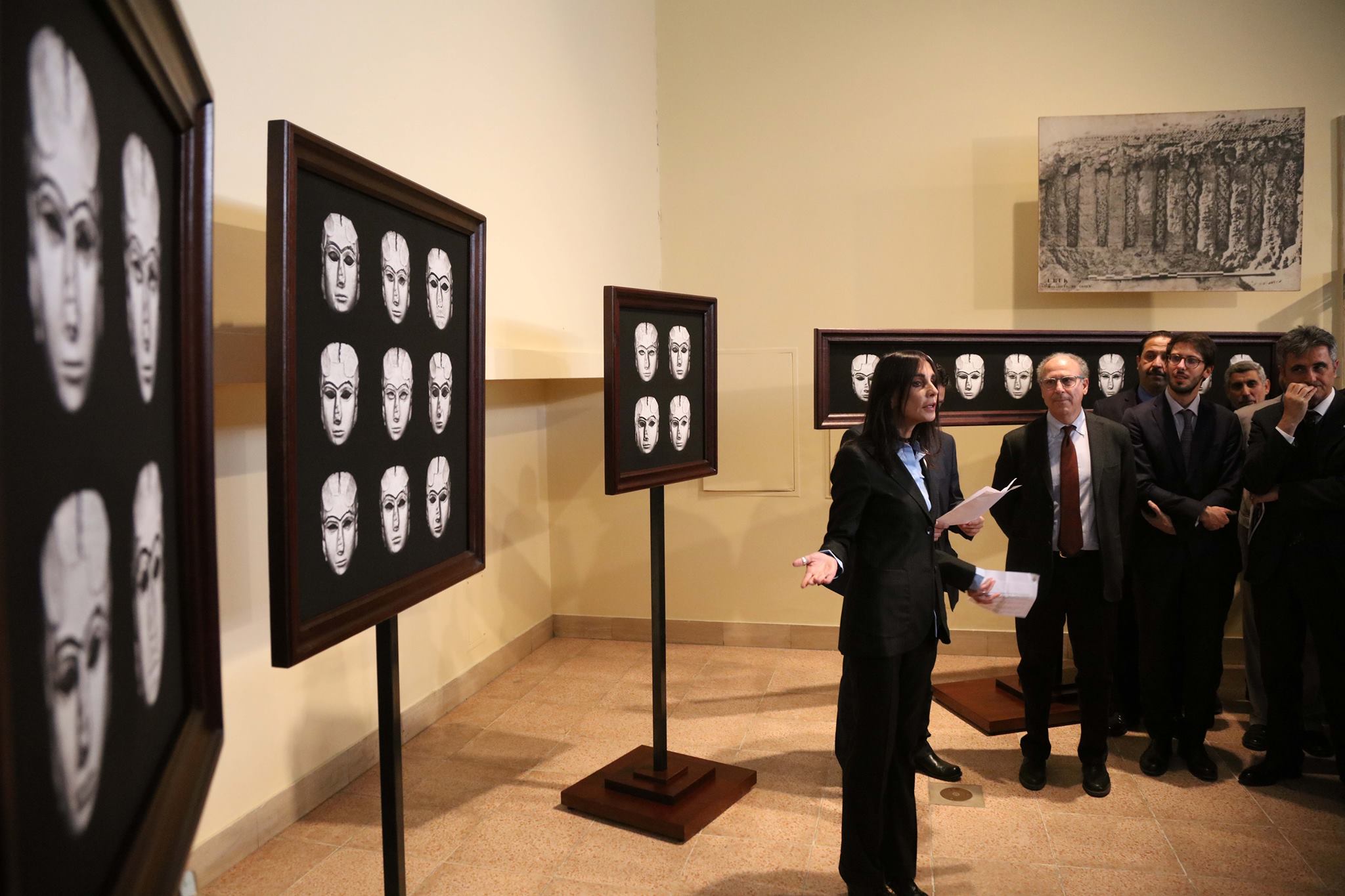 The final section is a more physical engagement with the head, through detailed drawings that are informed by Piero della Franscesca’s rigorous mathematical treatise of perspective, De prospectiva pingendi. Fiorio explains that she wanted these drawings to address the three orders of reality of the same sculptural body, and the internal measures of the volume’s dimensions; the rational ones cast by orthogonal projections—external—to the artwork and the “physical” levels and of its contour lines.

Giorgia Fiorio describes this project as the initial seed of a long journey that she has launched. In addition to sharing with Iraqis their heritage, she wants to drive home the point about the power and potential of heritage as being much greater than oiI, in a society that has undergone a disconnection with its cultural identity. She says, “If artists can work on such objects, it will provide an endless well of inspiration; it is a formidable resource of creation, both scientific and artistic.” However she adds that her role as an artist in this project is that of a vessel, to communicate intuition in a way that is intelligible. 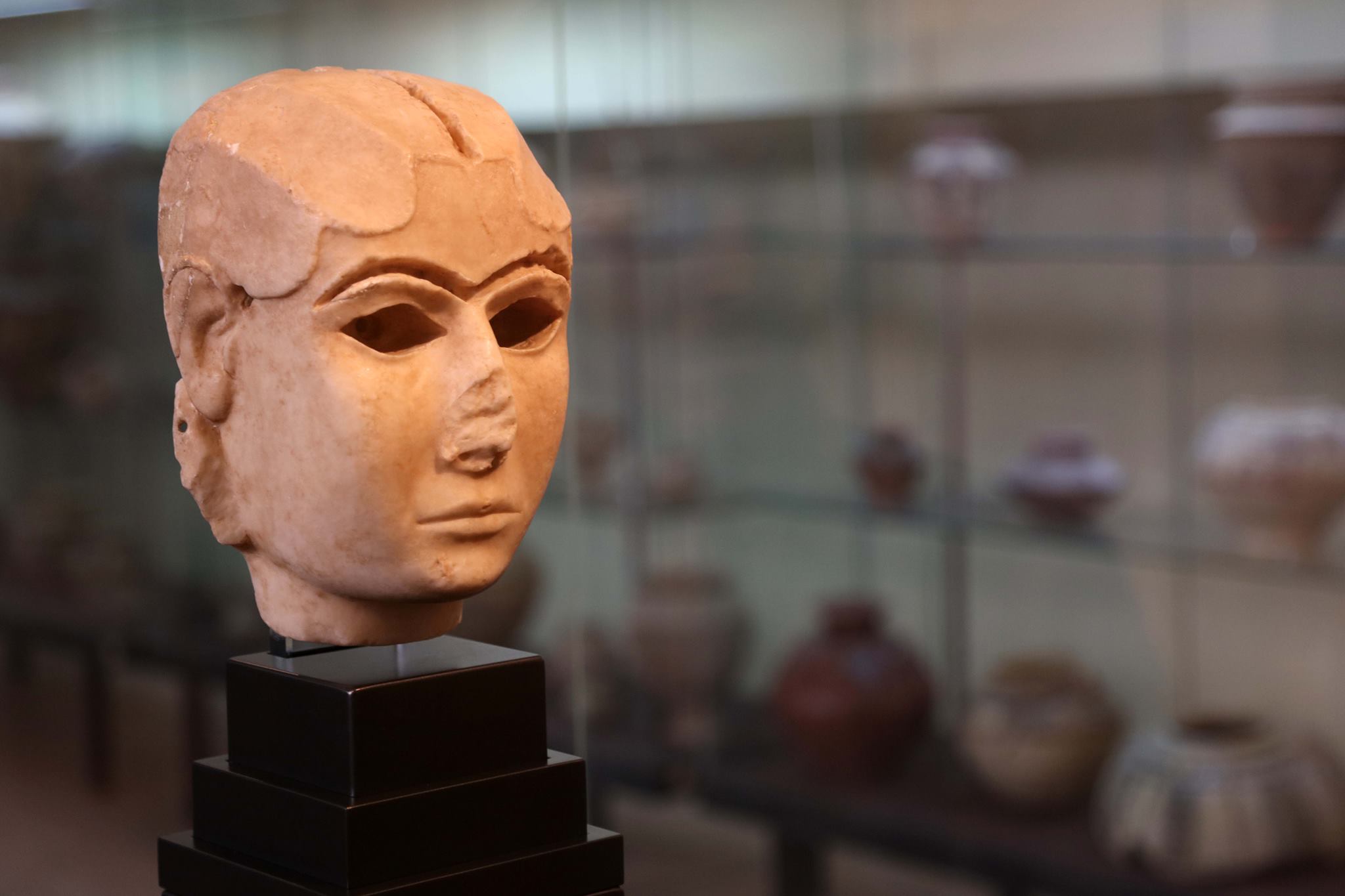 The Lady of Warka at the Iraq Museum. Photo: Ayman Al Amiri/Ruya Foundation.

“To be an artist is to make sense of the things we don’t understand, not to answer. Why we see things differently? The only role an artist has is to raise questions to the world. The ambition is to have the courage to raise those questions.”

The Lady of Warka and the Archaeology of Meaning will be on display at the Iraq Museum in Baghdad from 6 December 2017 to 6 March 2018.