‘Letters from Kathmandu’ is a community art project inspired by Salam Atta Sabri’s series of drawings, ‘Letters from Baghdad’ (2005 – 2015). The artists Sanjeev and Sunita Maharjan, co-founders of the Drawing Room in Kathmandu, Nepal, held drawing workshops with local schools and community centres across four cities in the Kathmandu Valley. The project was initiated after Sabri’s work ‘Letters from Baghdad’ was selected to be part of the first edition of the Kathmandu Triennale, a major new arts platform in Nepal. 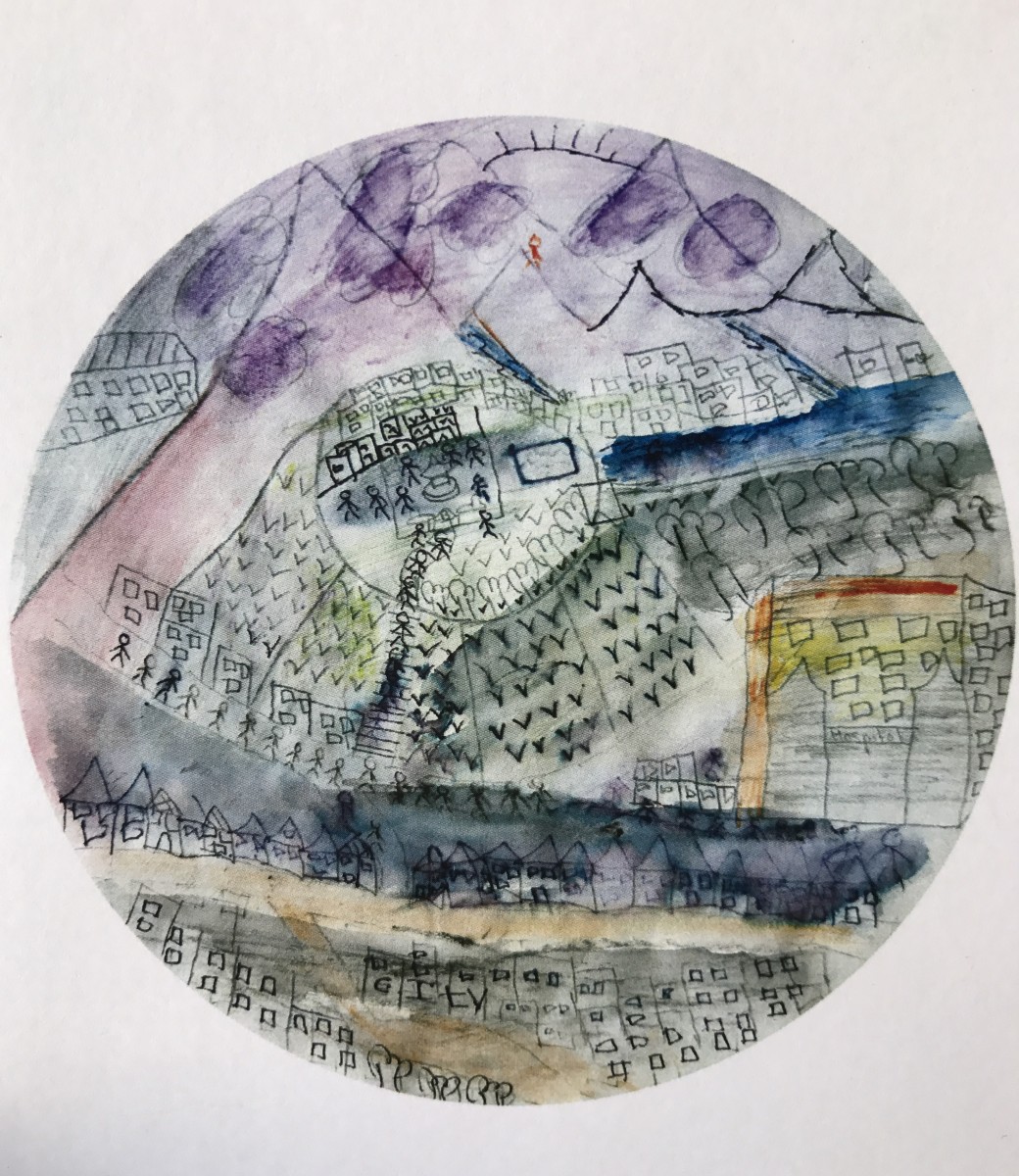 Sabri’s work deals directly with the experience of returning to a country so changed by conflict. ‘Letters from Baghdad’ (2005- 2015) is a visual diary of over 150 drawings that was first exhibited at ‘Invisible Beauty’ the Iraq Pavilion at the 56th Venice Biennale.The artist produced these drawings privately upon his return to Baghdad with his family in 2005. The series weaved together elements of Iraq’s modern art and ancient history, with the artist’s own personal journey and travels.

The children and teenagers were asked to draw a letter about life in their cities. The workshop organisers adapted Sabri’s idea of keeping an intimate, visual record of his home city, that is also intended as a letter. ‘We loved the idea that a drawing could also be a letter,’ co-organiser Sanjeev Maharjan explains, ‘and at first it was a challenge to explain this concept to the children.’

‘I would like to see more art and educational projects like this in Baghdad and Iraq,’ says Sabri, ‘It is great that the children were able to engage with the art and see the exhibition. There are few opportunities like this for Iraqi children.’ School visits to the Iraq Museum in Baghdad have only recently resumed when the museum was reopened in 2015 after a closure of 22 years.

Though he did not travel to Kathmandu, Sabri commented on the drawings from his home in Baghdad. ‘Children have a freer way of drawing and imagining the world. One drawing showed a beautiful series of birds in flight. It’s a wonderful fantasy. Many artists, like Picasso, have been influenced by the work of children,’ he said. At the same time, he noted the presence of social issues and upheavals in the drawings. ‘The children in Nepal, like the children in Iraq, have suffered a lot,’ he said, ‘they expressed this by drawing memories of the earthquake, lost homes and the social problems they witnessed around them.’ 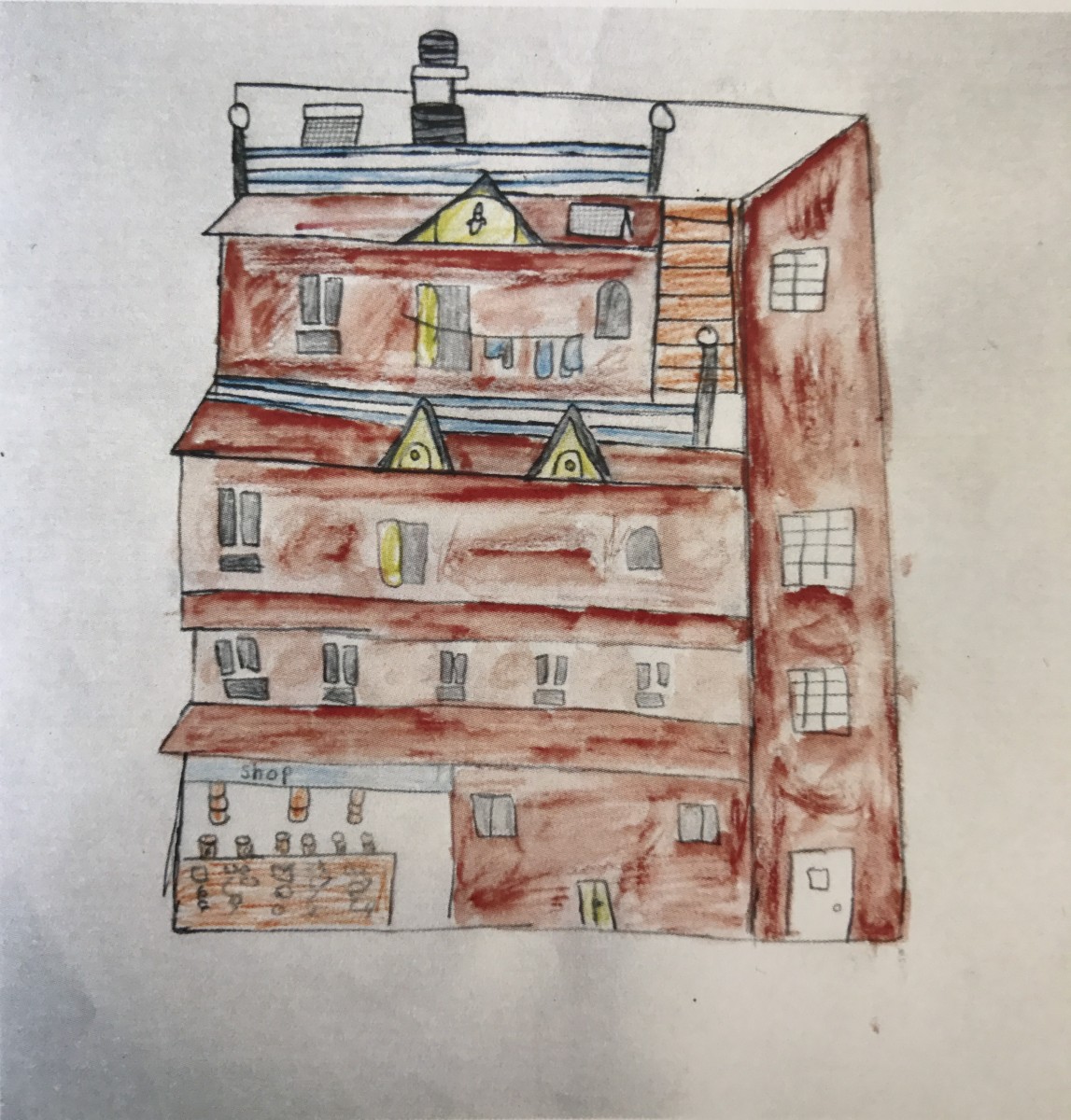 Bibek Magar, 12 years old, drew a traditional red brick house in Bhaktapur. ‘I see this house every day from my school,’ he wrote to his friend, Amit, to whom the letter is addressed. The historic city was badly damaged by the earthquake in 2015.

‘We must teach art and culture to our children. It will give them hope for the future,’ said Sabri. ‘Iraq’s ancient heritage and rich culture will give these children pride and a sense of rootedness in the country,’ he continued, ‘When they get older and have finished their studies, this will encourage them to develop new ideas and help their society.’ 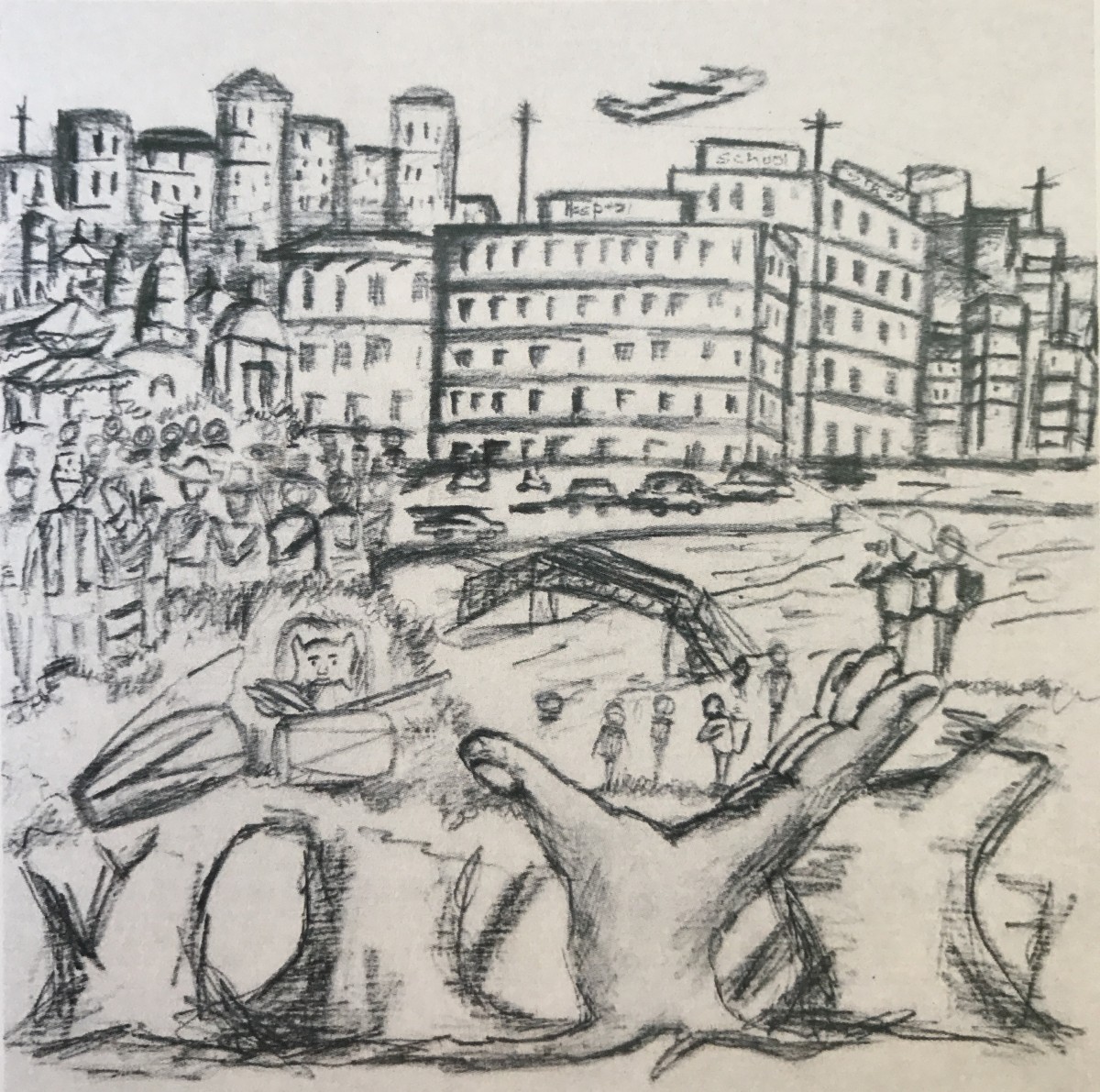 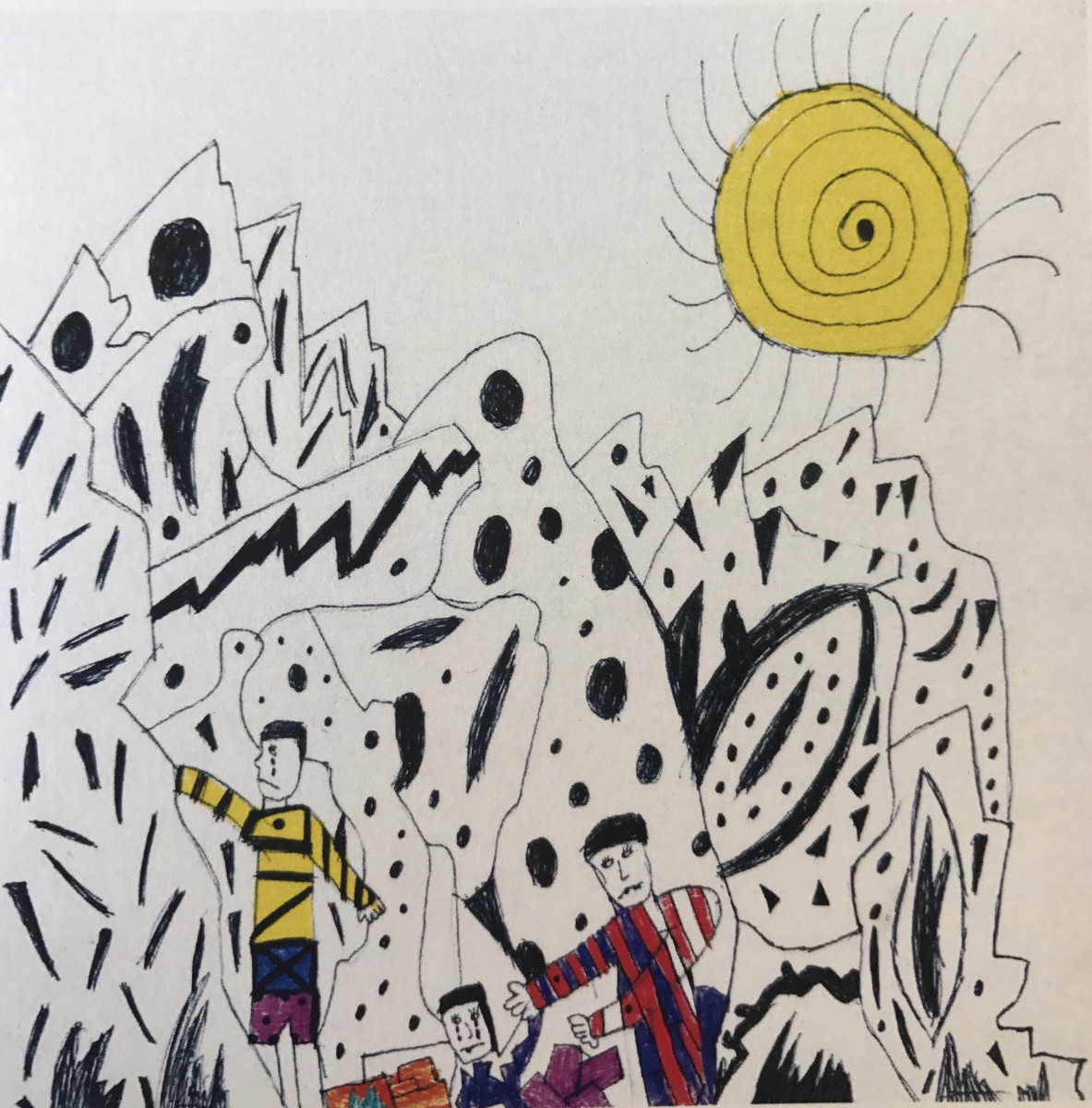 Samyam Rimal, 8 Years Old, addresses the devastating earthquake which hit Nepal in 2015. The letter is addressed to Salam himself.

The selection of 25 drawings was presented at the first edition of the Kathmandu Triennale, where they were part of the Encounters education programme. The public spaces dedicated to children were designed by local architects and run by community groups in all the Triennale venues. Visitors, adults and children alike, were invited to contribute and draw their own ‘Letters’.