As part of our efforts to create international opportunities for, and foster recognition of, Iraqi contemporary artists working both in Iraq and abroad, we took part as a non-profit booth at Art16 art fair in London.

The partnership with Art16 provided commercial opportunities for Iraq based artists who are otherwise disenfranchised from the art market. Our booth was selected as a highlight of the fair by leading arts and lifestyles publications, including the Financial Times’ How to Spend It, Artnet, Blouin Artinfo, Plinth Magazine and Niqash, among others. Through this exposure at a commercial fair, we hope that the participating artists can begin to build international relationships with collectors and arts professionals. 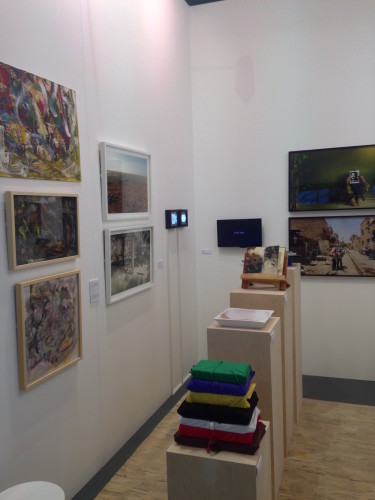 Part of the Ruya Foundation non-profit booth at Art16. 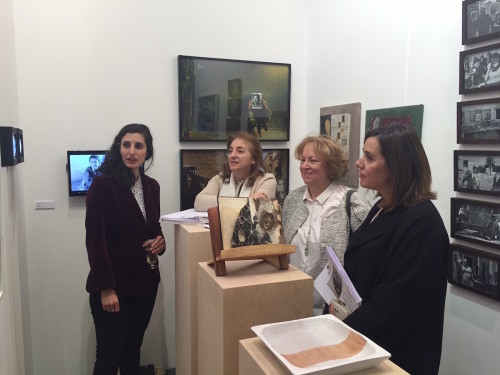 We presented work by contemporary Iraqi artists working across a range of media including painting, photography, ceramics, textile, installation and video. The exhibition was the first opportunity for many of the artists to engage with the international art market and included works by Dilan Abdin (b. 1982) an Iraqi-Kurdish Sufi printmaker who creates artist books, and Qasim Hamza (b. 1952) a master ceramicist from Baghdad, that had only been exhibited in Iraq. 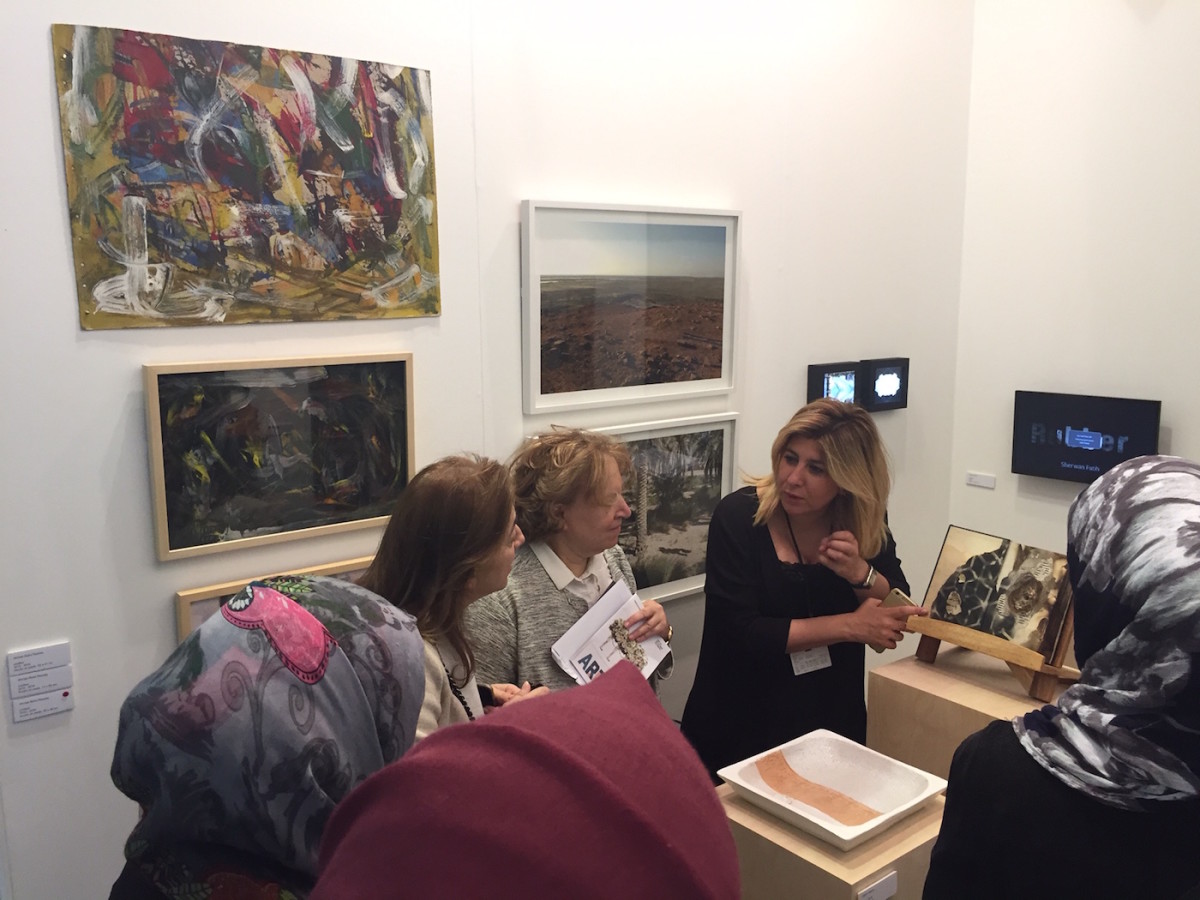 Chairman Tamara Chalabi gives a tour of the booth to visitors at the fair.

The presentation also reflected the strong presence of photography as an accessible medium for artists living in Iraq. Ayman Al Amiri is a Baghdad-based photographer who takes black-and-white photographs of street life in the city. Works from his series ‘Baghdad’s street workers’ (2013–2014) will be on display, which feature frank and surprisingly playful depictions of prostitutes in domestic settings in Baghdad. Adnan’s multimedia project ‘You May Go’ (2010–) includes photographic portraits of subjects holding up touristic images of countries they wish to visit or migrate to, in direct contrast to the landscape of Iraq that the subjects inhabit. The presentation also included works by Jamal Penjweny (b. 1981), who exhibited in the Iraq Pavilion at the 55th Venice Biennale 2013, and Nadine Hattom (b. 1980), whose work is on display as part of ‘Parallel Projects’ at the sixth edition of the Marrakech Biennale. 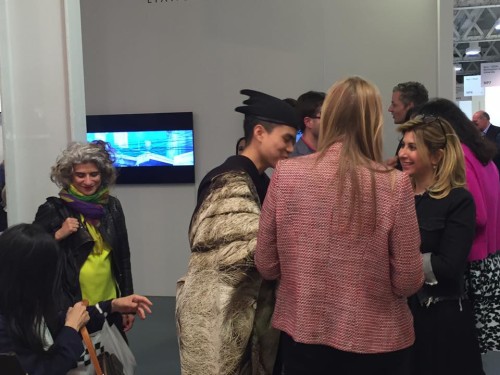 Opening night of the fair and a small drinks reception hosted by Ruya at the booth.

We were delighted to include Read (2016) an installation work by Iraqi-Kurdish artist Sakar Abdul Sleman that was created as a message to Islamic militant groups and is made up of books wrapped in clothes that symbolise unity among different religions. Meanwhile, the artist Shirwan Fatih’s (b.1074) video of his installation Rubber (2013) that involved the rubbers of pupils from a school in Sulaimaniya, was also on display.

All of the artists Ruya presented at Art16 can be found the Ruya Artist Database, which was launched in April and is the only publicly accessible online database of Iraqi contemporary artists.

We would like to thank all those who bought works by the artists, supported Ruya through donations at the fair and attended our reception on the opening night.