Ruya Foundation’s new theatre production supported by the Prince Claus Fund for Culture and Development, The Girls of Baghdad, will premier in Baghdad at the Muntada Theatre on 3rd October. The play is written by Step Center for Drama Therapy. It is inspired by the stories of nine girls from the Flowers of Adhamiya Orphanage in Baghdad who are also the actors in this production.

The actors in The Girls of Baghdad discuss troubling issues, often related to the domestic space through street games. They assume different roles, even allegorical ones, such as a wolf threatening hens in a farm, the domineering father of a broken family, an evil witch that has been summoned to heal society’s problems from arranged marriages to the war in Syria. 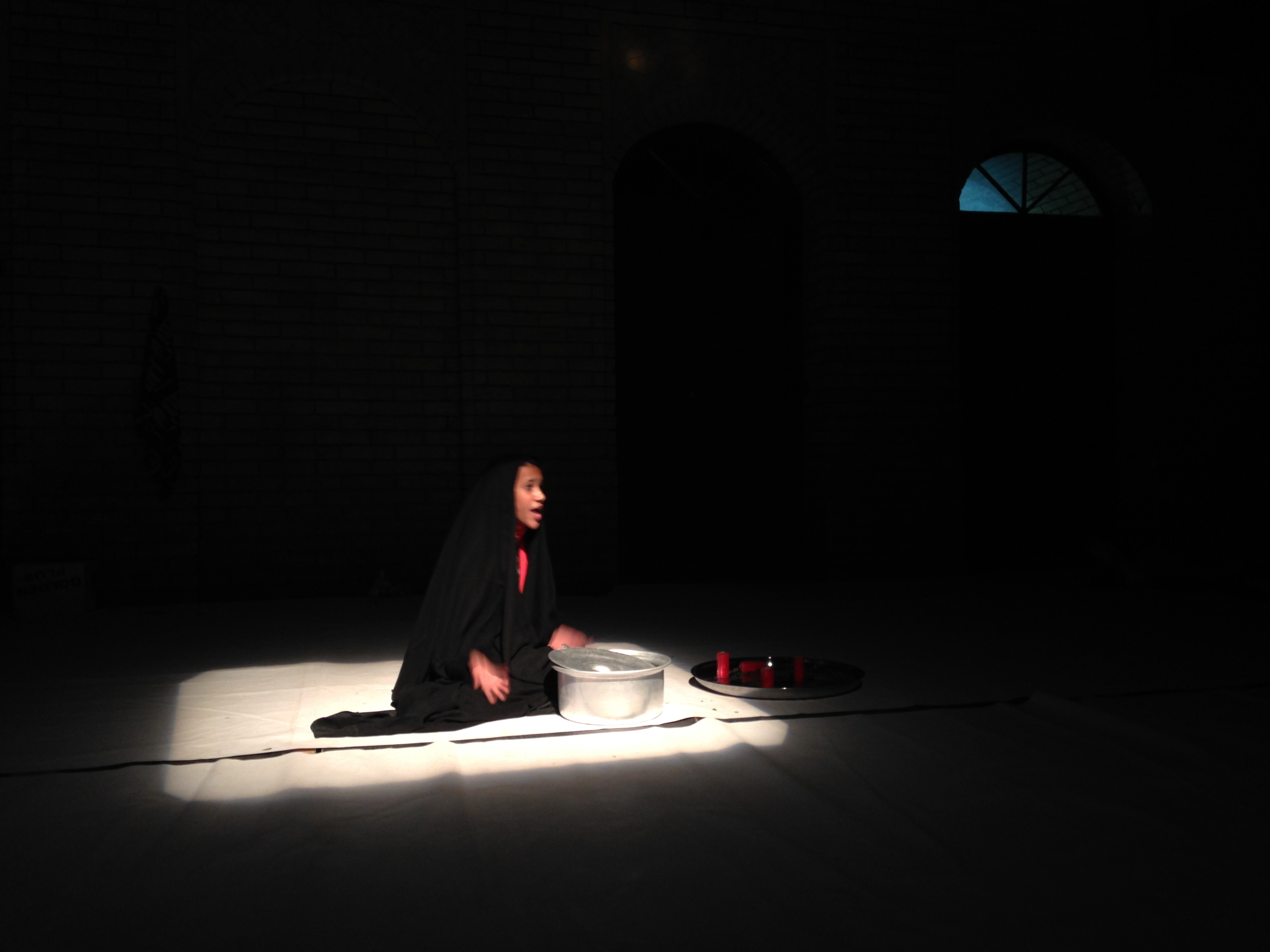 I want to write a play that changes people. It makes them aware of the bad things. I would be a strong character in that play – Samar, 15.

My next play will be set somewhere away from reality, like outer space – Nour, 15.

The play is the result of an eight-month drama therapy project that we launched in March 2015, with funding from the Prince Claus Fund for Culture and Development. It is the first drama therapy project of its kind in Iraq, and the training that preceded the play has been equally important for the girls and theatre professionals involved. 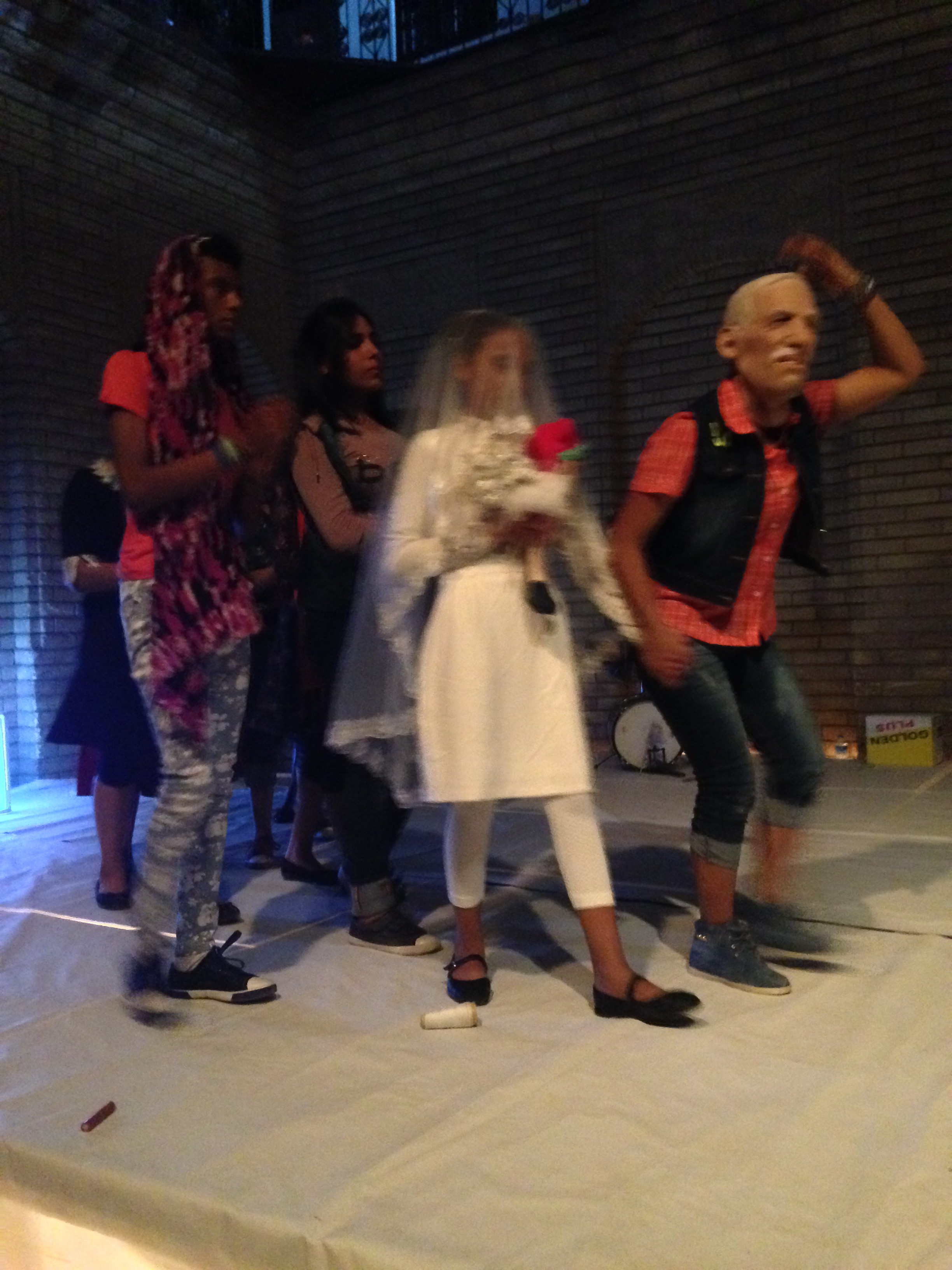 An old man marries a teenage girl. Scene from the Girls of Baghdad. Photo: Ruya Foundation.

In March 2015, after we received funding from the Prince Claus Fund for Culture and Development, we collaborated with award-winning Lebanese drama therapist and director Zeina Daccache. She trained six Iraqi theatre professionals in drama therapy in a week-long intensive workshop in Beirut. They learnt to work with children and teenagers who may have lost one or more of their parents or have been exposed to situations of extreme violence. 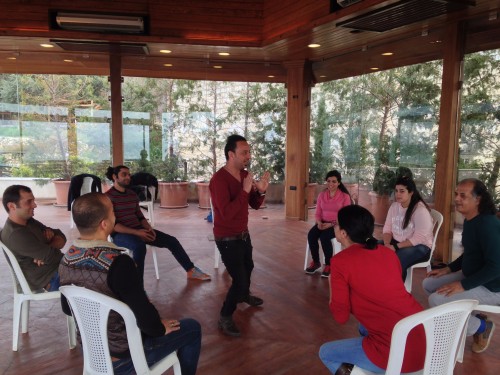 When they returned to Baghdad, the six theatre professionals formed a group called STEP. They began working closely with young women and girls from the Flowers of Adhamiya Orphanage. Through play, movement, voice and storytelling, the girls explore their creativity, discover their personalities and feel free to be children.

When asked what play they would like to put on in the future the girls had different responses. Samar, who is 15 years old, said she would like her play to “change people. It would make people aware of bad things, and show them how to change them. I would be a strong character in that play”. Nour, also 15 years old, said “I would like a play that is set somewhere away from reality, like outer space. I want the audience to enjoy it and feel comfortable, and I would play a small role in it”. 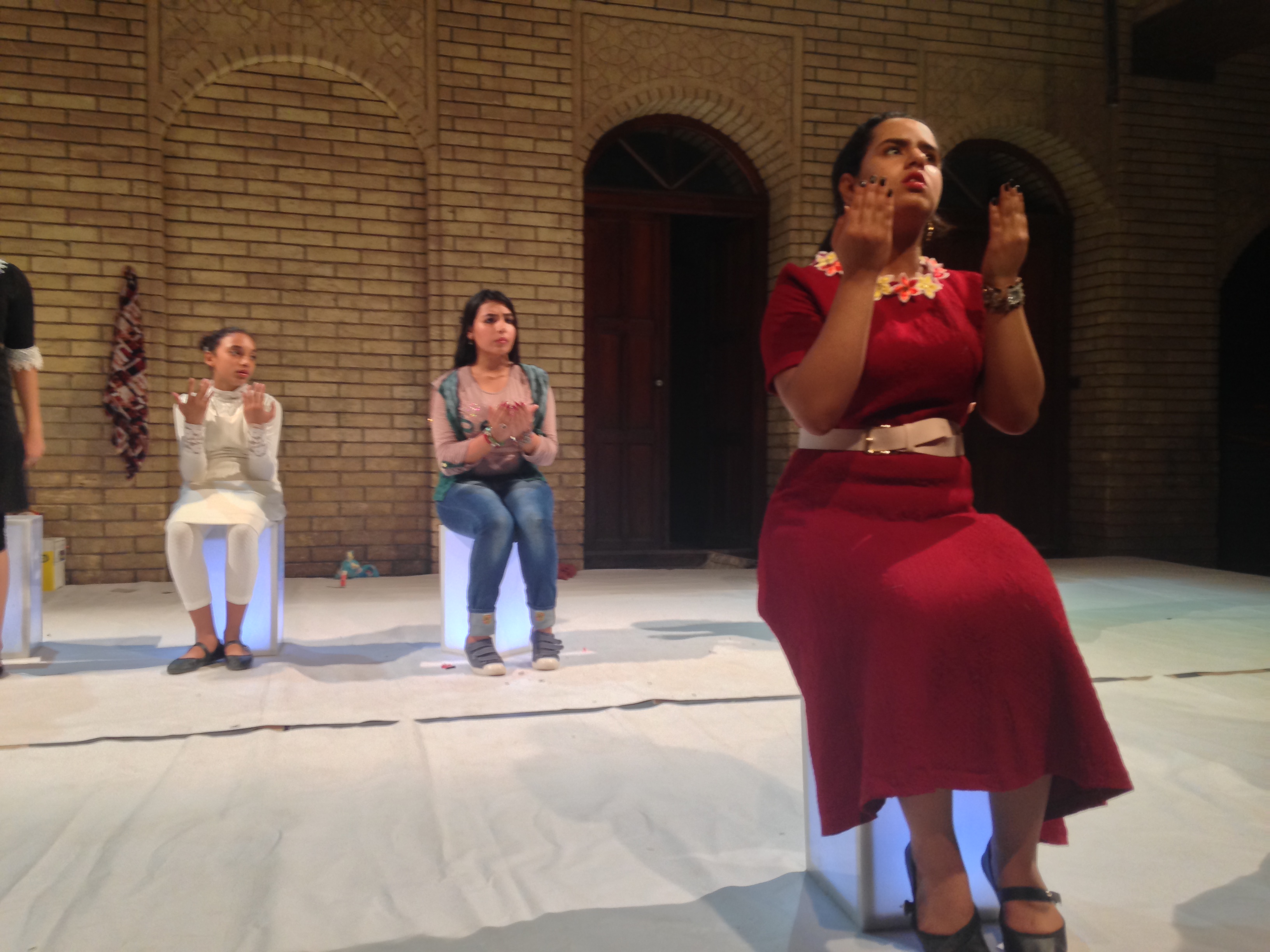 Nour said that the project brought the girls closer together. “Every day, once the training was over, we would sit together in the common room to talk about it. We never met up and talked like this before.” Zahraa, who is 17, said she enjoyed meeting the trainers and making new friends. Suha, 14, said the project taught her to express herself and not be afraid. 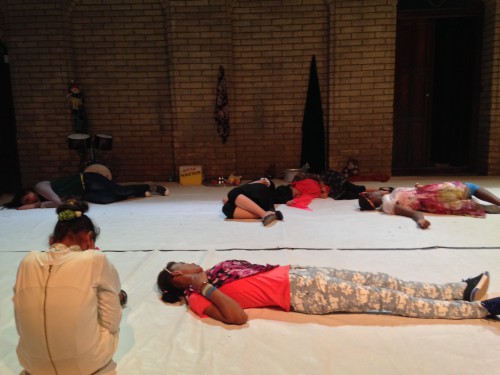 This project was challenging for both the actors and STEP for a variety of reasons, not least their differing background and experiences as well as the novelty of this approach for all. The most striking element was the shift in the actors’ inhibitions during this workshop. “At first they were shy, but we could see them gaining confidence and opening up day by day,” says Bahaa Ghayoun, an Iraqi actor selected by Ruya to train in the drama therapy workshops. For STEP, this was the first time they worked with adolescents who had no exposure to the dramatic arts. “We also gave them the basics of stage performance, which they learnt very quickly”.

Child psychologist Ghazwa Faisal Kadhum was asked to supervise the project, speaking to the girls on a daily basis. “They’ve developed their confidence, and shed some feelings of isolation that children who live away from their family may experience. The skills they have learnt will stay with them for the rest of their lives. I would encourage further projects like this for children in Iraq”.

By September 2015, with the help of STEP, the girls had conceived The Girls of Baghdad, which they then wrote and rehearsed at the Muntada Theatre. 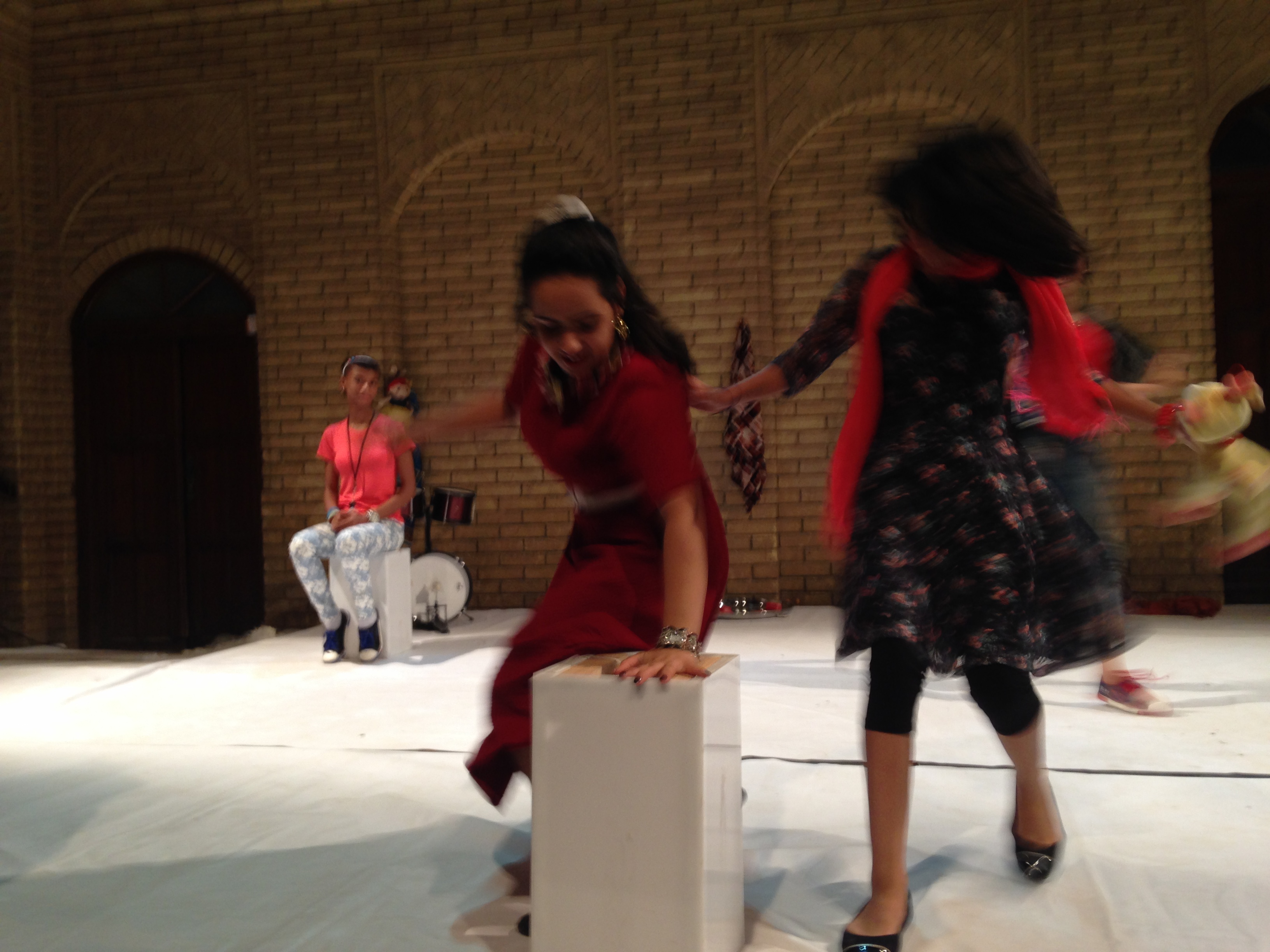