Rabab Ghazoul (b. 1970) is a visual artist working with participatory and performative elements, based in Cardiff, Wales. Her work investigates the causes and effects of political and social structures and how ordinary people negotiate the political. Her work takes many forms, as video, installation, text, performance, or public realm intervention and encounter. All of her work is based on dialogues and she draws heavily on texts, either found, written, sourced or invited. At the Pavilion Ghazoul will be displaying one part of a larger project that takes the Chilcot Enquiry for its point of departure. Ghazoul has had solo exhibitions at g39 and Chapter Arts Centre, Cardiff and has participated in numerous group exhibitions internationally. 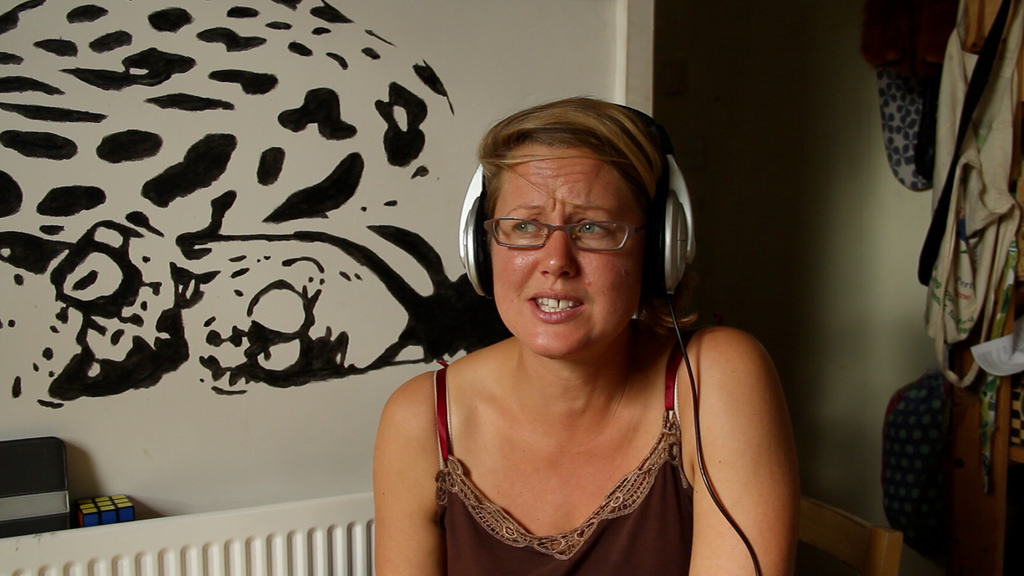 You’ve lived in the UK for most of your life. Where is home for you?
The last time I was in Iraq, I was nine. My father started teaching in Manchester so we left temporarily. The Iran-Iraq war broke out and continued for eight years. We settled permanently in the UK. Home is now Cardiff, in Wales, where I studied and have lived for 21 years. Small nations like Wales can be powerful places, often more effectively creating change where larger ones are held back. Wales has a strong tradition of community and solidarity. This resonates strongly with me.

What are your memories of Iraq?
My memories are of my childhood, family life, school, growing up in Mosul, the endless extended family gatherings that crossed three of four generations, gatherings I later found were uncommon in Britain. I have memories of smaller things too, collecting qaymaar from the corner shop in the morning, or the sound of furious backgammon games echoing through the house. I remember other parts of Iraq. Visiting relatives in the south one year, my family took a trip through the marshlands. We drove along roads that cut through vast plains of water. Local kids flagged us down and we ended up on a boat, spending the afternoon with the Marsh Arab families who invited us into their home built on the water. Childhood memories are often idealised but I remember growing up with this kind of generosity.

As an artist, what does your day look like?
Every day is different. I could be filming, editing, writing or planning and organising projects, projects of my own or projects with other people, organisations, institutions. Most of my work happens outside a studio space. I’m involved in community and social activism, with groups such as the People’s Assembly, a UK-wide anti-austerity movement that opposes the dismantling of our welfare system, and the privatisation of our public services. I’m particularly interested in how we expand grassroots engagement among ordinary people who want to change things but don’t know how. I currently help run an artists’ group within that campaign.

Your work is often political and socially engaged.  What is your role as artist?
My work is connected to people, and it rarely happens without them. I want to engage people and open up a discursive space. It is about exploration with others, the work is a way of creating those spaces with others. I do this in my artwork but also through social and community activism. For me, it’s always the same question – who is shaping the world, and whose voices are being heard?

Could you tell me about your latest project for the Venice Bienniale?
It’s a video work based on Tony Blair’s 2010 testimonial to the Chilcot Inquiry, an ongoing UK government inquiry into the invasion and occupation of Iraq. The Inquiry invited hundreds of people, including Tony Blair to testify before a public committee. I consider his responses a ‘people’s text’ – not for or by the people, but of profound significance to the British public. It contains Blair’s justification for taking us to war, actions he openly admits he took in our name, to safeguard our democracy and freedom. As an artist I’m interested in returning to these moments, rewinding, pausing. In the video, we hear ordinary people speaking the words that Blair delivered, replete with justifications for actions taken in their name.

You trained in experimental theatre in the 1990s. What made you move towards the visual arts?
My twenties were a time of discovery. I set up a performing arts company with three other people. I was influenced as much by artists as I was theatre practitioners. I directed a piece called The Dress, inspired by installation artist Beverly Semmes’ Red Dress (1992). When I started making solo work in my early thirties, I didn’t feel it could be contained by performance alone. In the end I realised I was working as a visual artist, not making theatre any longer. While I now work in very different ways, elements of the performative still persist in my practice.

What influenced your recent work ‘There is barely time to record their names and numbers’ (2014)?
I was asked to produce an image for a city art map. I chose a picture of my brother, aged 4 or 5, at our house in Mosul in 1972, he’s riding a tricycle, and for some reason he has a bucket covering his head. I was really drawn to this photograph. The title is from a video with a narrated text that I saw at dOCUMENTA in 2012. I wrote down the line ‘there is barely time to record their names and numbers’. When I looked for a title for this image of my brother, this line jumped out at me. Who records the names and numbers of people who’ve died in conflicts? The image and that line seemed to marry together. There is barely time to record their names and numbers, 2014. Courtesy of the artist.

Why is it important to support art from within Iraq?

Our media paints a narrow picture for us. We need to hear the narratives from the artists themselves, the expression from within Iraq. More and more, through organisations such as Ruya Foundation, I’m becoming aware of the work coming out of Iraq. The West played a role in destroying so much of Iraq’s cultural heritage and decapitated its living, contemporary culture. It’s our responsibility [in the West] to support opportunities for artists in Iraq.

What advice would you give to artists working within Iraq?
Try and be true to yourself, find out as much as you can about other work, be inspired – not influenced by it.