Ruya Foundation hosted a panel discussion on art, conflict and Iraq as part of its programme for the 56th Venice Biennale. Held at the Scuola Grande dei Carmini the panel examined the role of art in conflict, and the ways in which artists’ contributions to the subject can effect change. 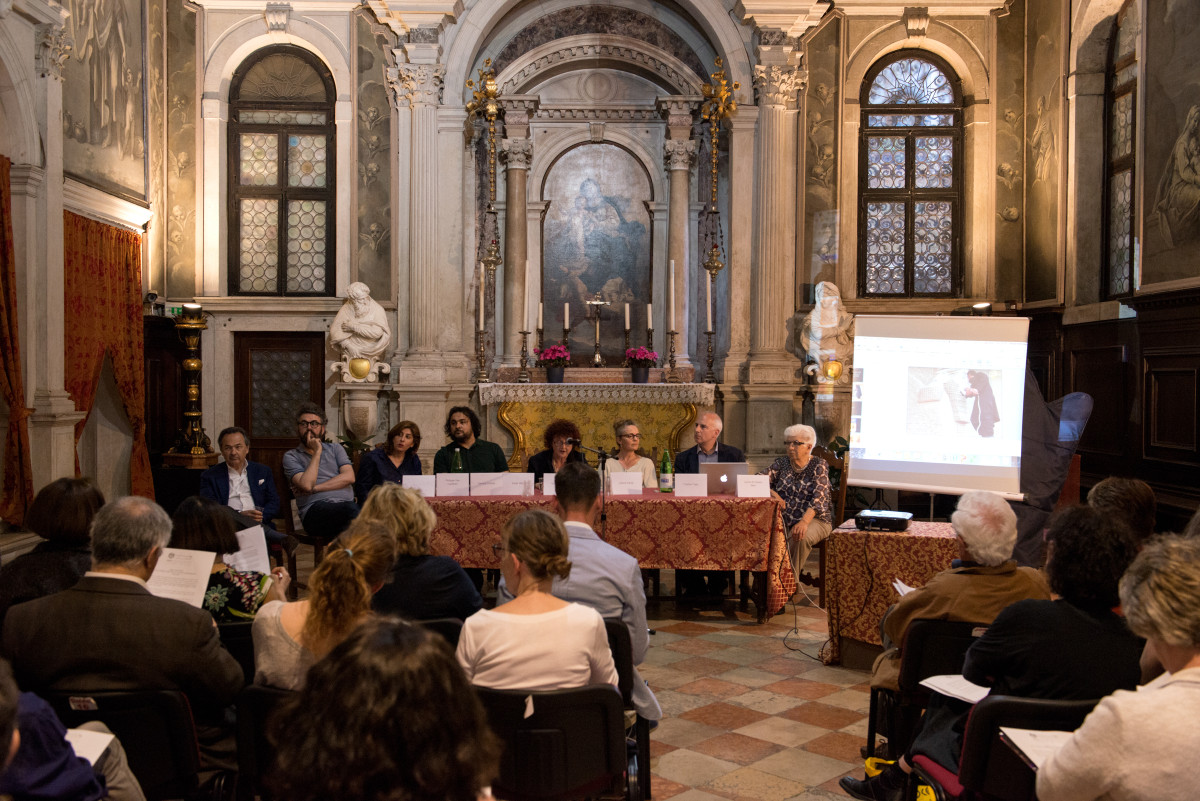 “Archiving, documenting and recording conflict will be looked on as a feature of the arts from this decade,” said Venetia Porter, curator of the Islamic and contemporary Middle East collections at the British Museum, who moderated the discussion. Looking at the theme of the Biennale this year, she said “conflict in the Middle East and beyond is very much to the fore with the work of so many artists”.

Speakers shared their experiences of the arts and culture in Iraq. Archaeologist Lamia al Gailani, who has written extensively on Iraqi archaeology and heritage, talked about the influence of antiquity on Modern Iraqi art, as seen in the paintings of Jawad Salim or Hafed al Duruby. In turn, she looked at the destruction of Iraq’s heritage by the war in 2003, ISIS and also as a result of urban development and negligence towards historical sites.

Tamara Chalabi described the impact of conflict on the arts scene in Iraq. “It’s a unique culture of isolation,” she said “Iraq may be accessible on the news, but it is difficult for people to understand what’s going on from a cultural and human perspective; it’s even more difficult for Iraqis involved in culture to have access to the outside world”.

Curator of the Iraq Pavilion, Philippe Van Cauteren, talked about his research trip in Baghdad, visiting artists in their studios and the city’s cultural institutions. “I wanted to start a conversation with these artists to get them relate to an arts scene or a context where art is not something which is decorative and pleasant – it’s a form of knowledge and communication”.

One question raised was whether art could be a catalyst for healing trauma. Journalist and trauma psychologist Justine Hardy, who runs the NGO Healing Kashmir talked about the impact of conflict on the human psyche: “The nature of violence destroys the self. It raises the great existential question: ‘what is the point?’ There is no point. People are bludgeoned psychologically and physically”. The artistic medium, she explained, is a way for people in conflict to “start to reclaim themselves. Whether its the polish prisoner in a concentration camp, ironically playing Bach with a piece of timber, and feeling free in that moment; or a child in a refugee camp, who simply draws a house because that’s something – a place, a moment – in which they can begin to reclaim themselves”.

The conversation extended beyond Iraq, towards art, power and the public sphere. Here, visual culture becomes a form of narrative building. Artist Kader Attia looked at the iconography and representations of IS, which he argued were orientalist portrayals of the Arab male. 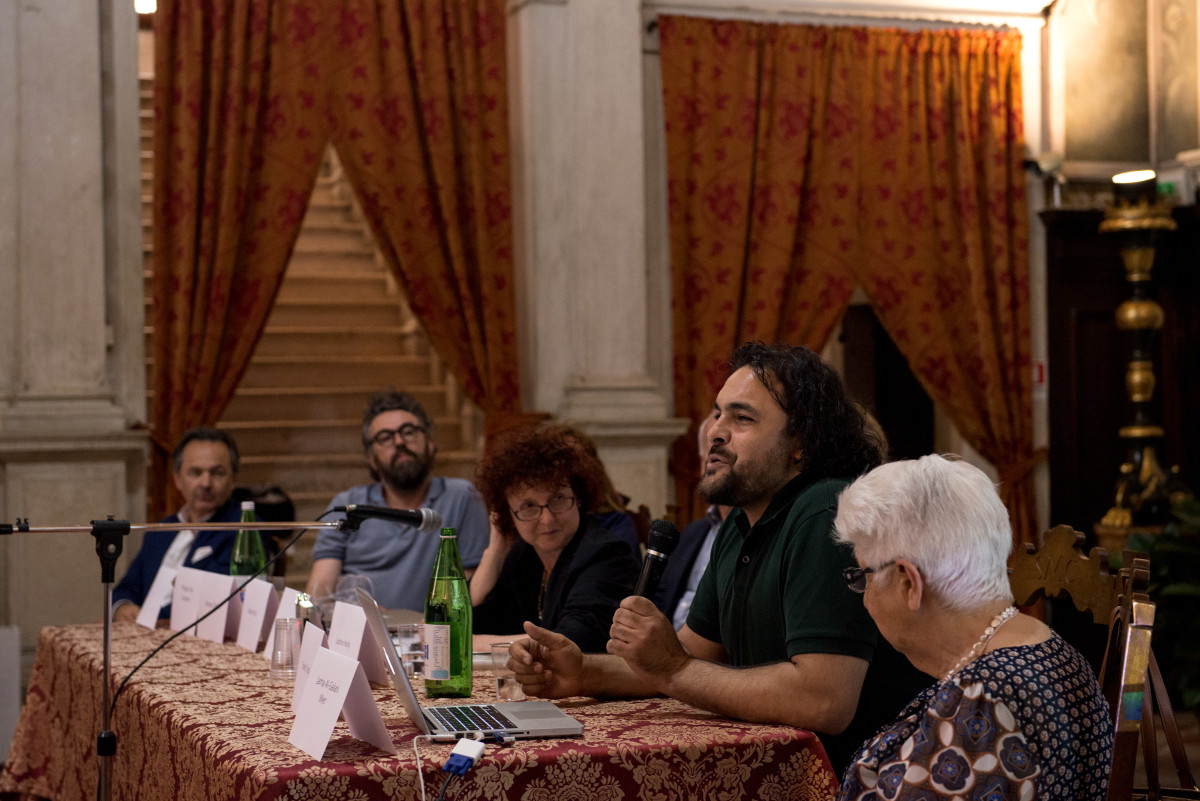 Kader Attia on iconography and representation is orientalist painting and IS. (c) Mathias Depardon / Ruya Foundation

“Art can reinforce power,” said political scientist Charles Tripp, pointing to the large posters of Ben Ali on billboards in Tunisia “and it can also disrupt it”. He gave the example of JR, a street artist who replaced the head of Ben Ali in photographs with those of ordinary Tunisians. 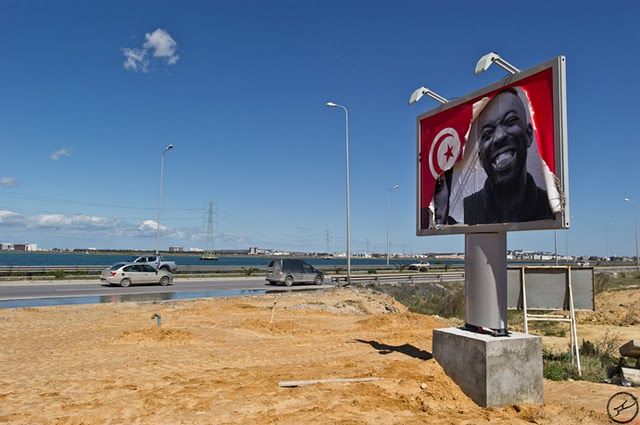 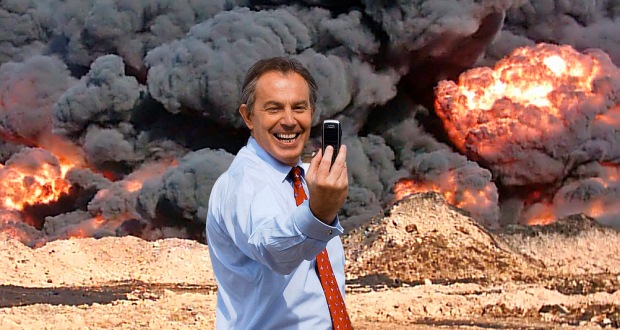 Gilles Kepel also looked at the disruption of a dominant narrative in the context of IS, who are destroying the pictorial language of a culture, its museums and cities. IS are also building their own narrative, Kepel argued, using the post-modern language of video.

Meanwhile, as a reaction to IS in Iraq, and the threat of ethnic cleansing, minority groups have started to actively preserve and disseminate their own culture. Kepel gave the example of a priest, Father Najeeb, who works in refugee camps with the Christian community who fled Qaraqosh, teaching them to read and preserve manuscripts. “They are looking towards the future on the basis of the salvation of their own culture”. 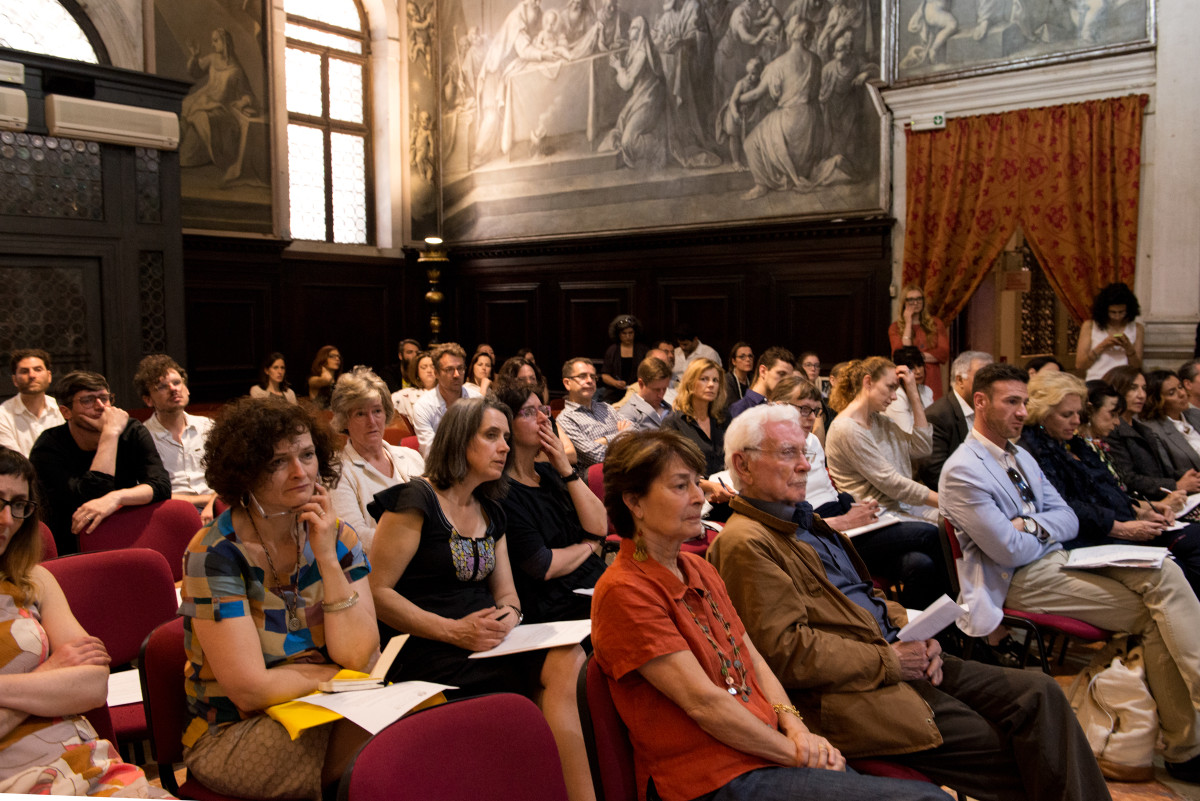