Jamal Penjweny (b. 1981, Sulaymaniyah, Iraqi Kurdistan) has garnered attention with his extraordinary series Saddam is Here, featuring Iraqis in everyday places – on the street, in hotel rooms, in shops – holding a photo of the former dictator over their own faces, demonstrating the lasting impact of his brutal regime. Penjweny’s films document the activities of smugglers, illegally trading weapons and alcohol at the border between Iraq and Iran. Describing his decision to become an artist as ‘almost a complete accident’, Penjweny has been an active war photographer since 2004, publishing reportage photos in major news outlets throughout Iraq. 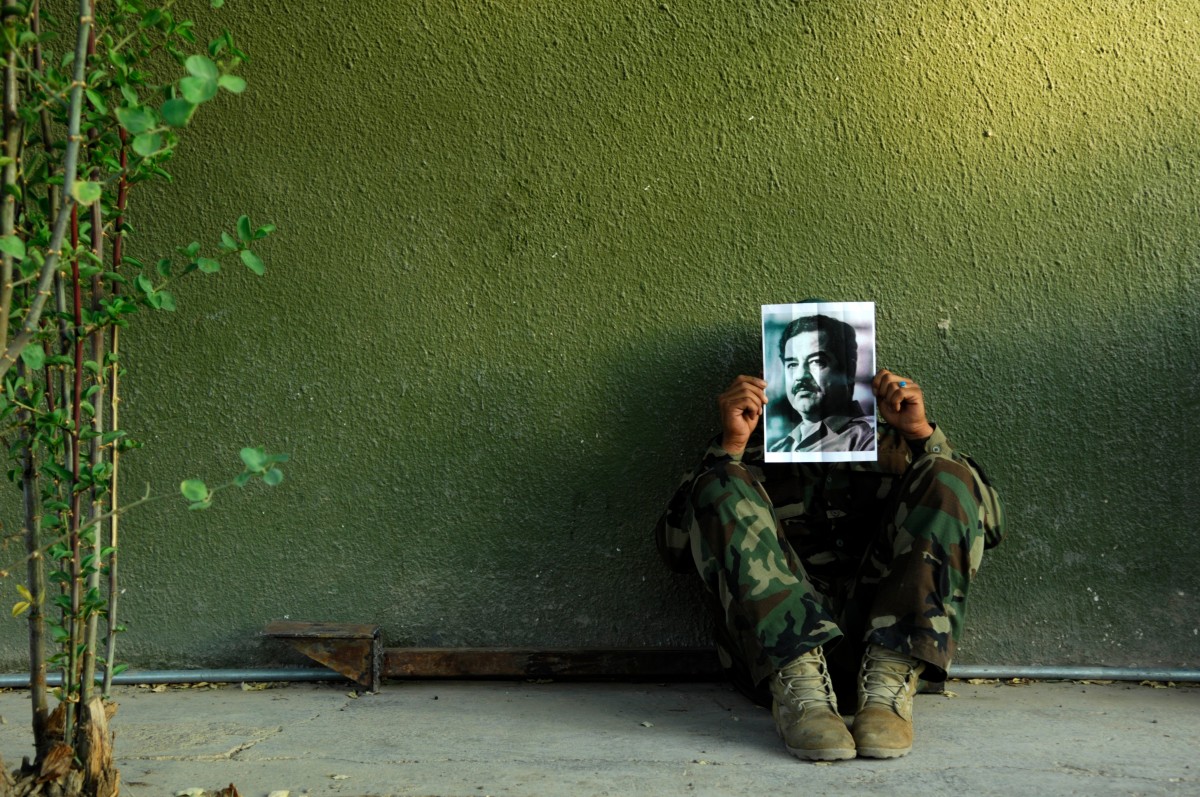