Ruya Foundation’s chairman Tamara Chalabi continues her diary about her research trip in Iraq with curator Jonathan Watkins, for the Pavilion of Iraq:

The itinerary for our first research trip included Babylon, one of Iraq’s ancient cities, located 55 miles south of Baghdad in the Babil province. Thought to be the cradle of civilization, 2,600 years ago, it is home to such architectural marvels as the Tower of Babel, the Ishtar Gate and the Hanging Gardens, one of the Seven Wonders of the Ancient World.

The historic fabric of Babylon has suffered much due to recent upheavals. In the 1980s Saddam Hussein started to superimpose a reconstruction of the city on top of the revered ancient walls, inscribing his name on many of the bricks in imitation of Nebuchadnezzar. Aesthetically, this part of the city, foiled by the remaining ruins, is as impressive as an out-of-town superstore. 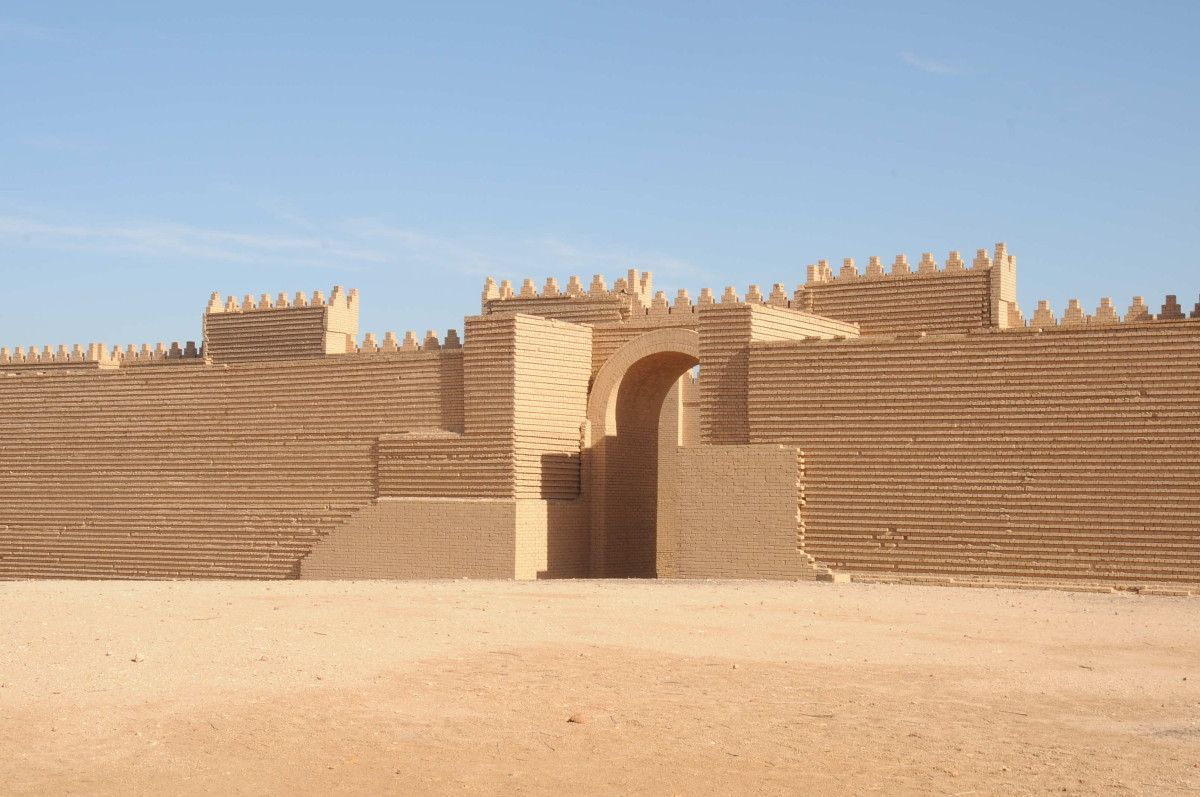 This image shows a pathetic replica of the Babylon’s famous Ishtar Gate. Most of the original is now in Berlin, having been removed by archaeologists a century ago.

Saddam’s Palace and US troops in Babylon

Saddam built an ostentatious four-storey palace on an artificial hill overlooking the city, near the Euphrates River. Shaped like a stepped pyramid it is surrounded by palm groves and rose gardens across an area equivalent to five football fields. Here festivals would take place that were self-serving and nationalistic. Inside, amidst the chandeliers on the ceiling of a large reception room, is a painting that depicts scenes from ancient Babylon, Ur, and the Tower of Babel, suggesting that the dictator was a lover of art and culture. It is pure kitsch. 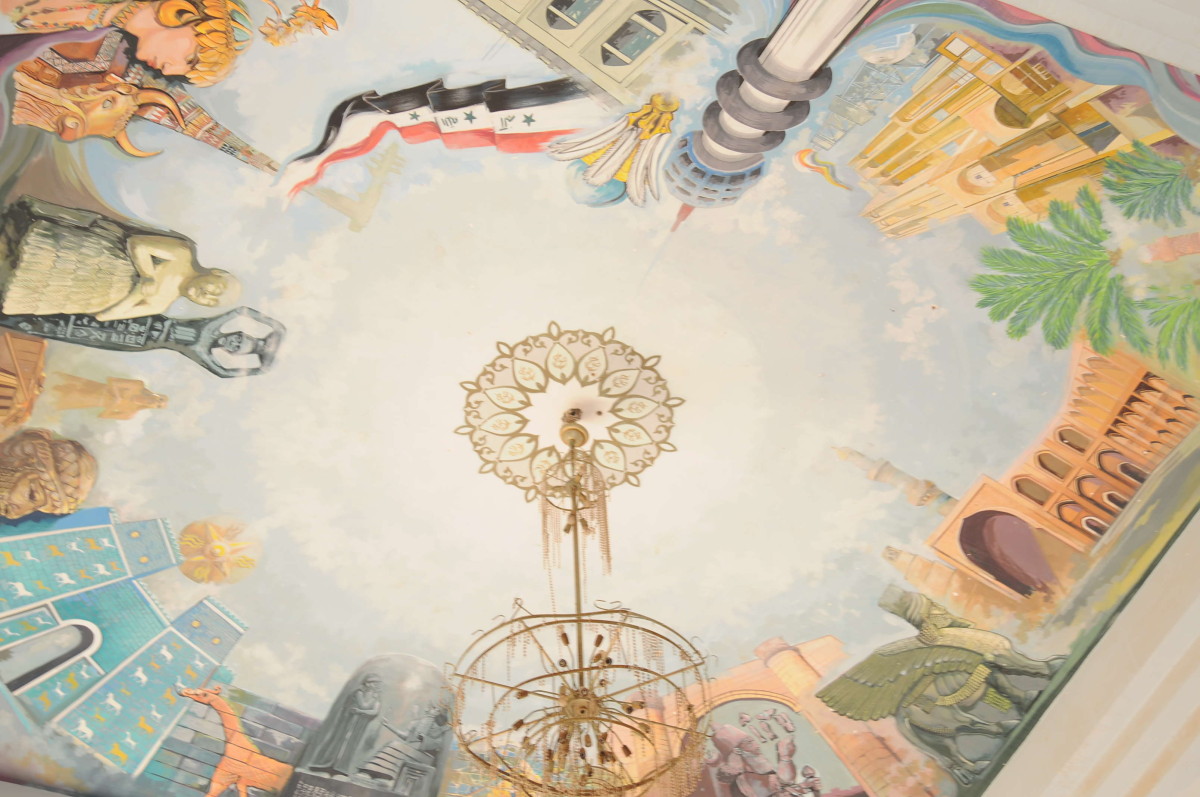 A painting on the ceiling of Saddam’s palace, depicting monuments and scenes from ancient Babylon, Ur and the Tower of Babel. Photo: Ruya Foundation.

US troops entered Babylon in April 2003, and during the war they pitched tents in the vast empty rooms of the palace. We came across a makeshift basketball hoop on the wall opposite a raised platform on which Saddam would sit to receive guests. His throne-like chair along with the rest of the furniture, fixtures and fittings has been replaced by barbed wire and graffiti.