Ruya Foundation’s chairman Tamara Chalabi continues her diary about her research trip in Iraq with curator Jonathan Watkins, for the Pavilion of Iraq at the 55th Venice Biennale:

Iraq is rich, not only in oil but also with the resonance of extraordinary cultural traditions.  Yet many Iraqis struggle to eke out an existence against the backdrop of political unrest, arising out of a multitude of reasons, signified by a numbing constancy of terrorist attacks. In spite of this, in the face of such adversity, almost everyone we meet is good humoured and welcoming. Traditional hospitality is alive and well. 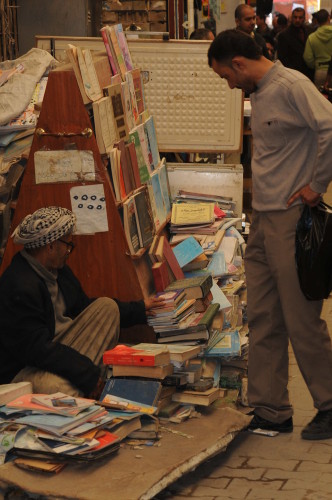 Walking around Baghdad we found this building quite by chance. The Mustansiriya school, one of the oldest Islamic universities in the world, it is now abandoned and full of leftover documents from the Iraqi ministry of culture. It was a very filmic experience.  Many of the archives in Iraq have disintegrated –along with other government systems – to become little more than open sacks and drawers of random assorted documents and photographs. These are mostly of museum objects, cultural relics which have probably been destroyed. 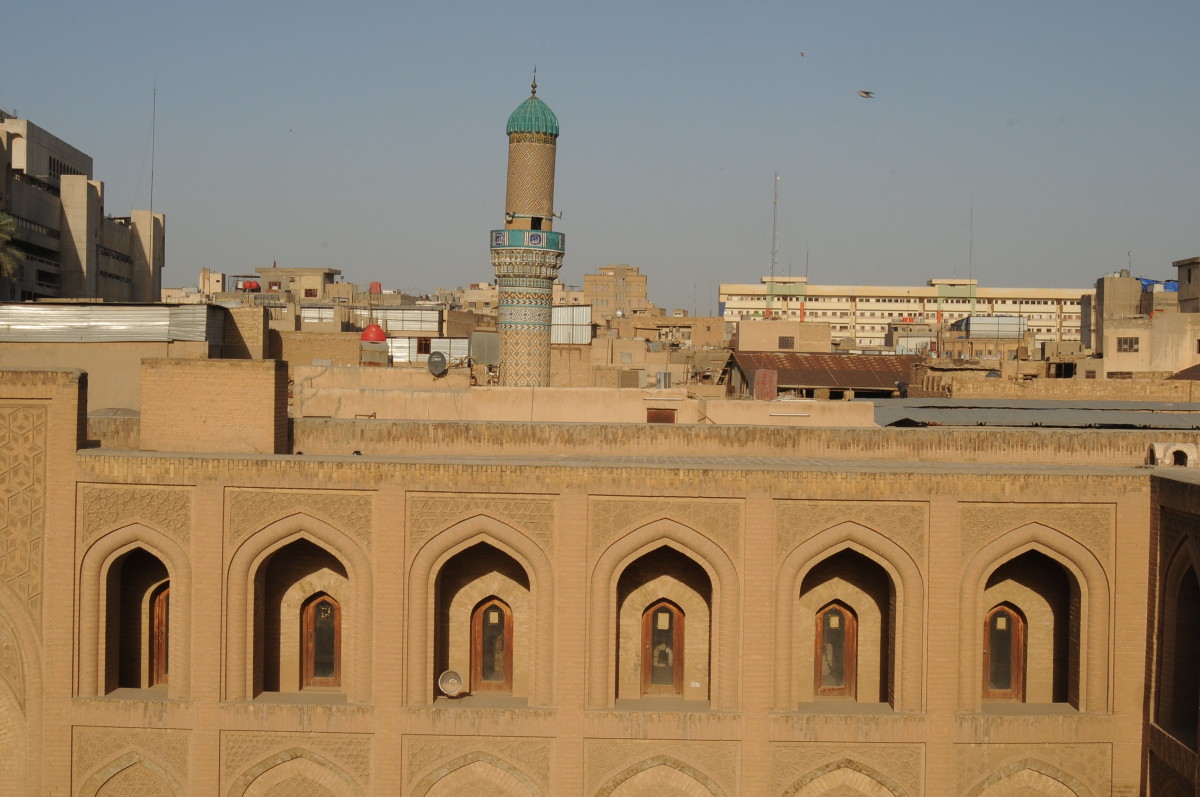 We came across a satellite dish with a plastic drinks bottle attached. It was emblematic both of dysfunction and an improvising impulse – a ‘make and do mend’ attitude – that are a pervasive in the country. Baghdad today is a city that often foils antiquity with such aspiration to modernity. 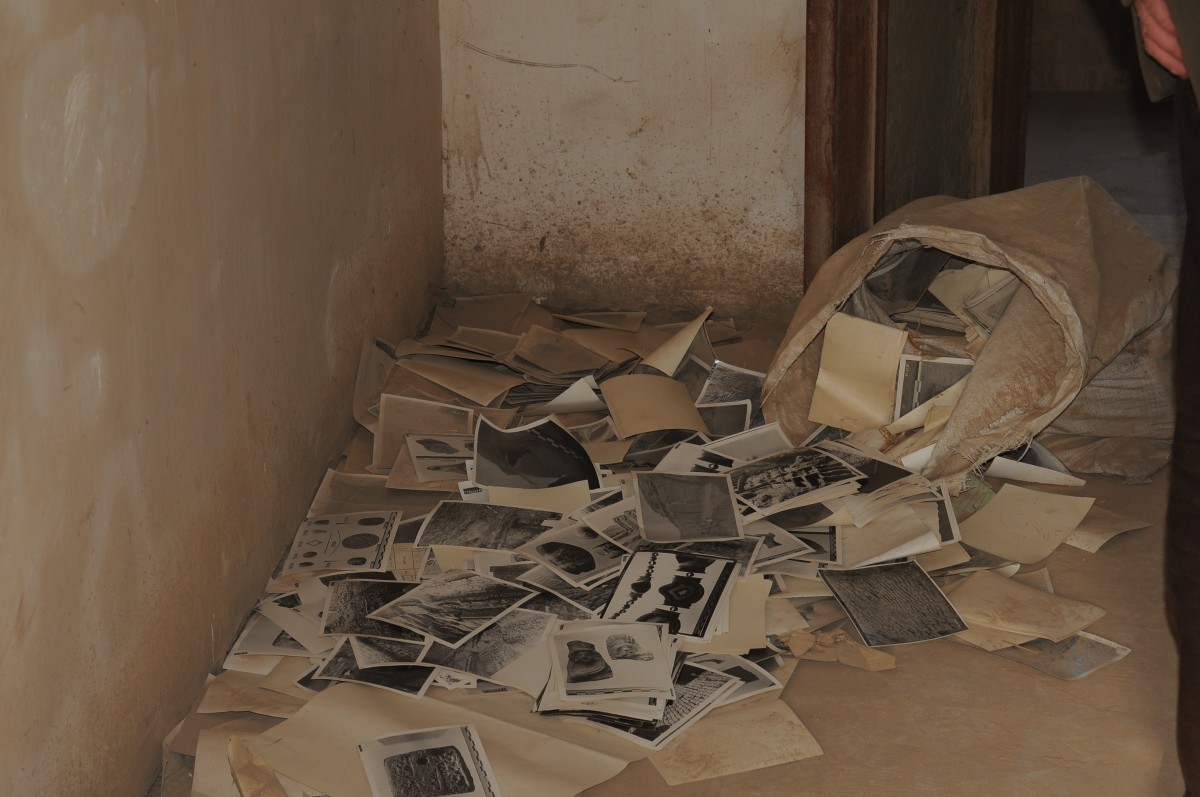 The tomb of the Unknown Soldier, The Green Zone

The Green Zone is the 10 sq km sealed area in central Baghdad formerly occupied by Western military as well as foreign contractors. It symbolizes much that is still wrong with this country, where today the Iraqi government sits along with the bulk of the diplomatic community, separated from the city by concrete walls and stringent check points. The walk up to the vast mound that is The Tomb of the Unknown Soldier, one of Saddam Hussein’s grands projets, is poignant to say the least. Originally dedicated to the memory of soldiers who sacrificed their lives in the Iran-Iraq war, now it is a ruin, a landmark that stands for tragic waste. 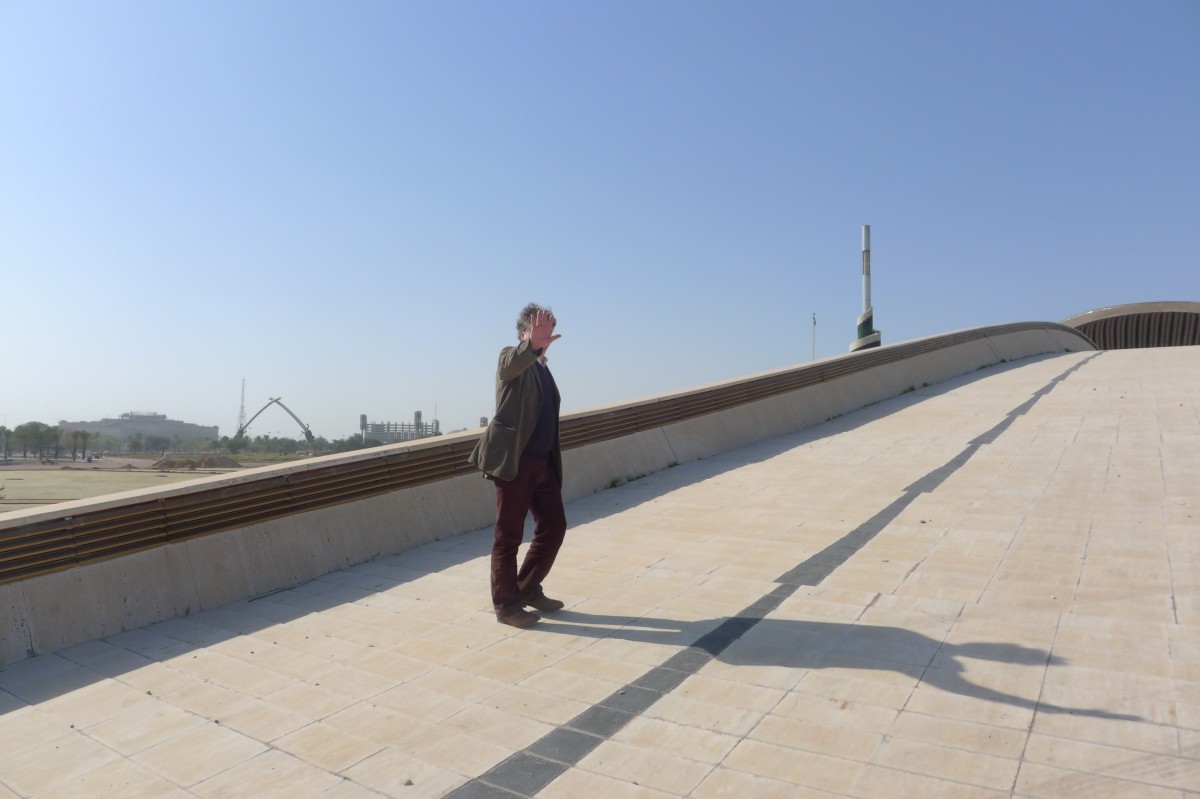