For ‘Reanimation’ British artist Oliver Beer (b. 1985) presents two video works, both based on well known scenes from Disney films and produced by Beer in collaboration with school children in France and Britain. 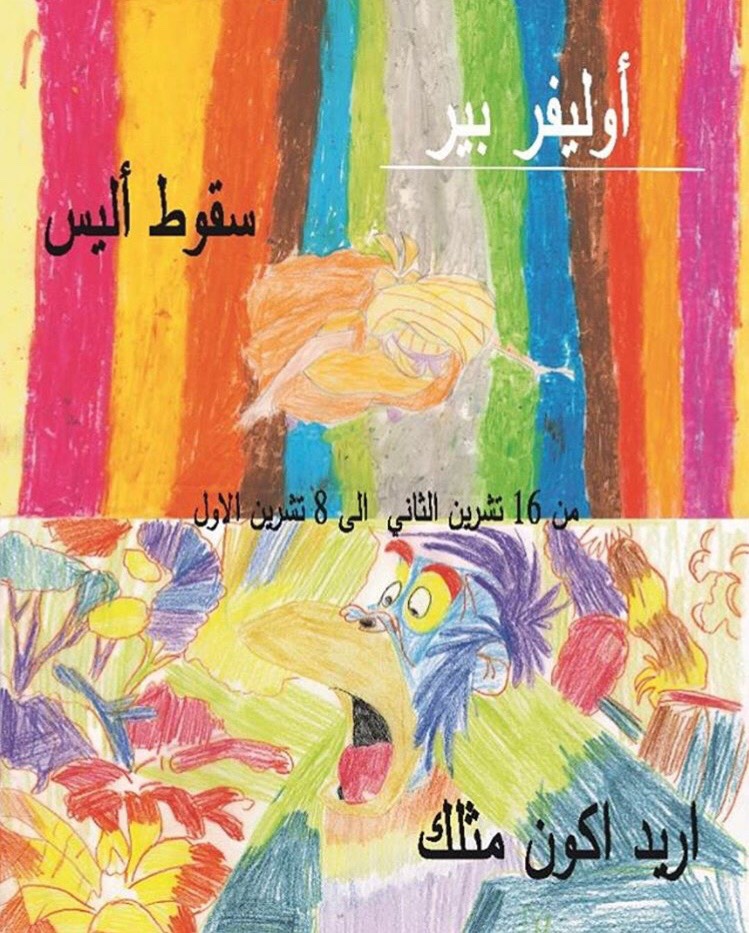 Reanimation [Alice Falling] (2016) reconstructs a scene from Alice in Wonderland (1951) in which Alice falls into a rabbit hole and tumbles into a fantastical universe. The scene is reinvented frame by frame by way of drawings by primary school students in the Nice region of France, where Beer held a residency in 2014 at Villa Arson. The students reimagined each of the images necessary for the sequence which loops, entrapping the character in an endless descent through empty space.

Reanimation [I Wan’na be Like You] (2017) continues this series of work with a reimagined scene from Disney’s The Jungle Book (1967). This work was debuted at Ikon as part of Beer’s 2017 solo exhibition at the gallery and saw the artist collaborate with over 2,500 Birmingham schoolchildren, aged one to 13. Each child drew one frame from the scene, allocated to them according to their ages. Thus the younger children drew the earlier frames and the elder the later frames, with the result that the animation appears increasingly more ‘grown up’ as it progresses. The film’s manifestation of growing up tallies with the theme of the scene – children desire to walk and talk like adults, just as King Louie wants to walk and talk like Mowgli. 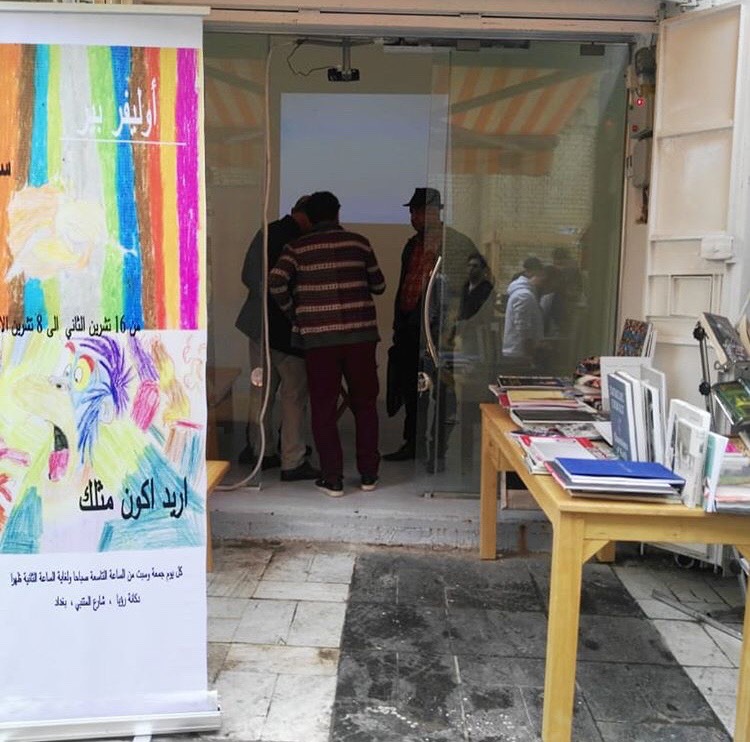 These classic animated Disney films are often considered part of a greater lingua franca amongst children, demonstrating their influence on childhood imagination. The several thousand children in Birmingham and Nice who participated in making the animation sequences represent a cross section of cultures from around the world. Beer has stated, “I would be happy if the film can, in any way, be a reflection through these children of integration, cooperation and the idea of working together to create something which is bigger than oneself; whilst also examining the influences – both natural and imposed – which shape our childhood imaginations and cognitive development.

Exhibition: from 16th of November to 8th of December 2018, open Fridays and Saturdays only from 9am-2pm. 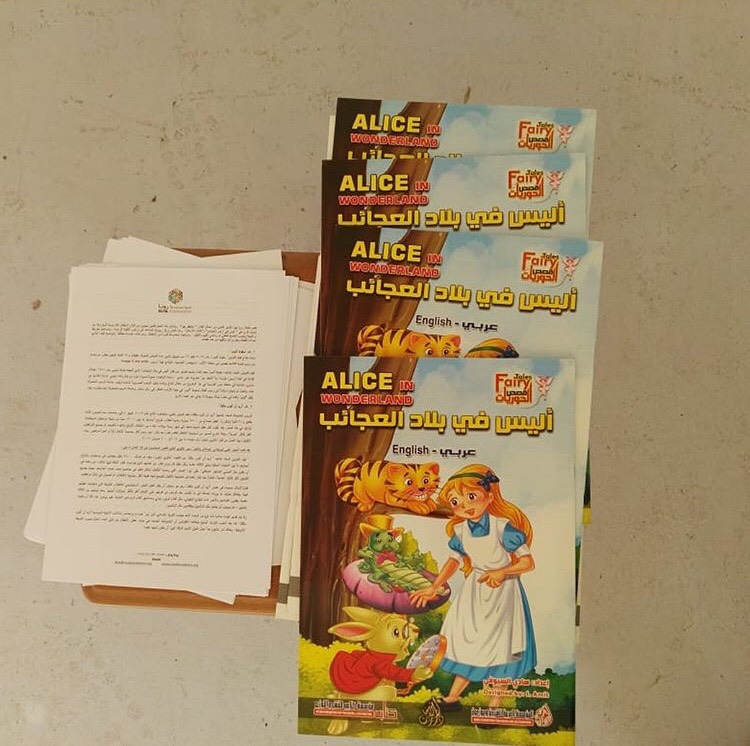 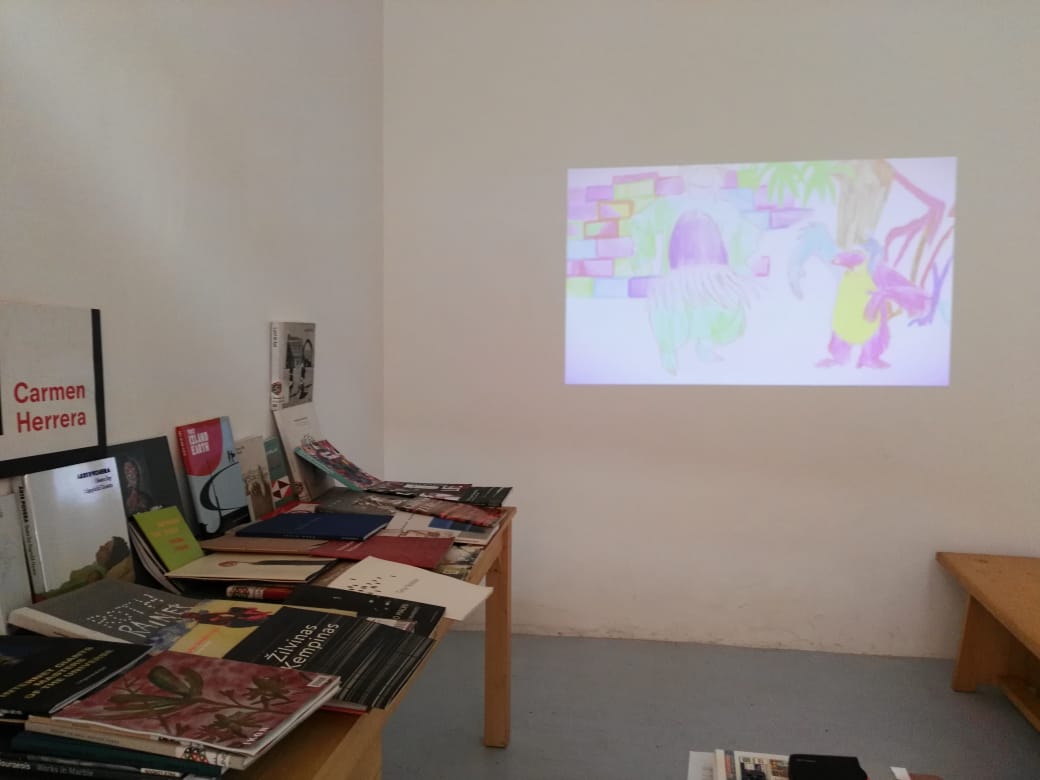