Dr Zena Kamash is a Senior Lecturer in Roman Archaeology and Art, Department of Classics, Royal Holloway University of London.

One of the (many) things that has always fascinated me about Neo-Assyrian reliefs is the intricate details of the clothes and their decoration; I could spend, and have spent, hours gazing at them. It is these patterns, and those on many other objects from the Mosul area, that have inspired my current project: ‘Rematerialising Mosul Museum’. In the workshops for this project, which will run later this summer, fibre artist, Karin Celestine and I are inviting participants to find their own inspiration from objects in Mosul Museum that now exist in digital form and to recreate them in textiles. As textile production and trade has a deep history and connection with Mosul and the surrounding area from at least the Neo-Assyrian period onwards, this seemed liked the perfect medium for the project. 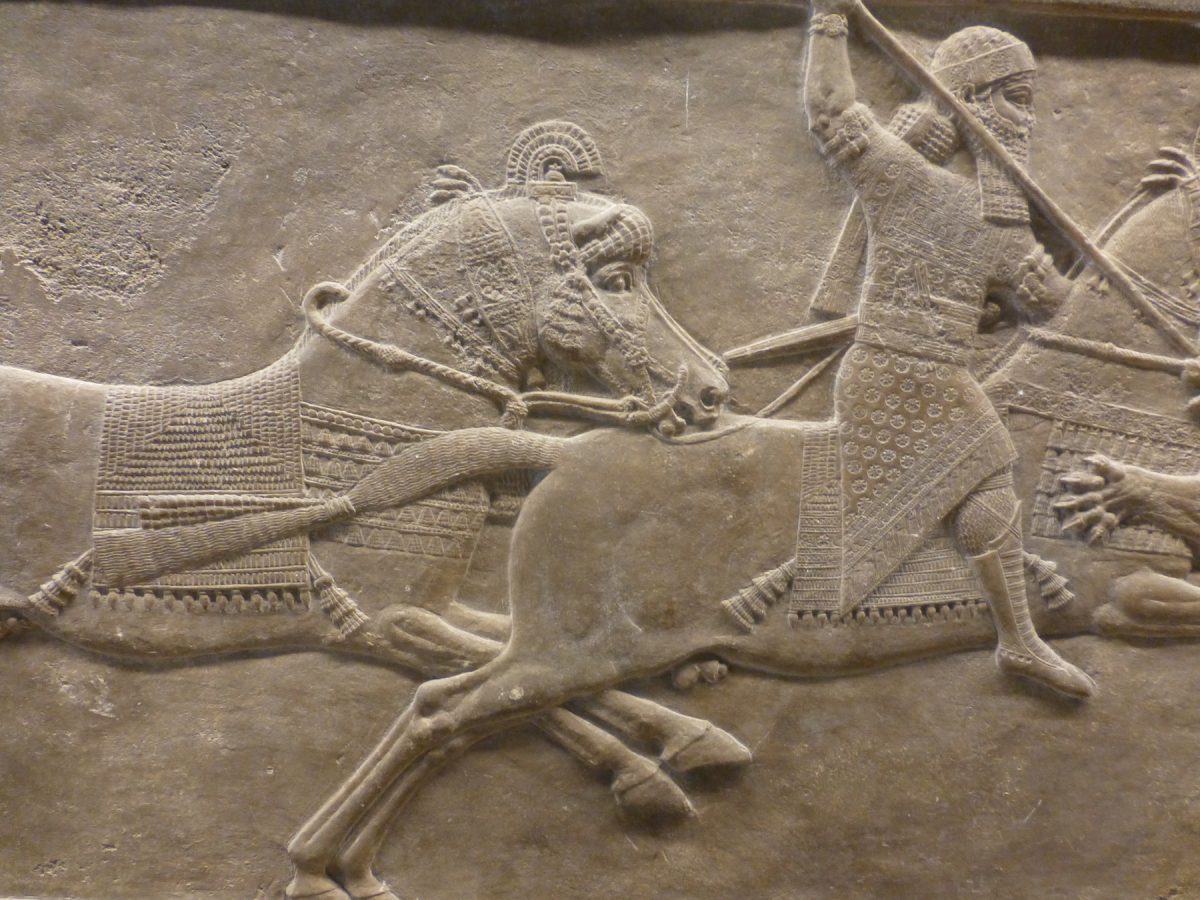 Detail of the Lion Hunt reliefs, from Ashurbanipal’s North Palace at Nineveh, showing the intricate patterns on the textiles. Photo: Zena Kamash

Texts from Neo-Assyria show us the wealth of vocabulary that existed to record and talk about textiles in the 7th century BC (for a fuller account see Gaspa 2017). These texts can give us an insight into the broad range of uses and types of textiles used in the period. Some garments, for example, were reserved for particular occasions: such as a lamahuššû, which was a wool garment used for ceremonial purposes and a šer’ītu, which was a garment worn by statues of gods (Gaspa 2017, 55, 65). Other types or parts of garments mentioned include a band, belt or sash (nēbuhu) and leggings or socks (šaharrāti) (Gaspa 2017, 58, 61). We also hear how brightly-coloured some of the textiles would have been with red, black and white seemingly the most popular colours, together with red-purple, blue, blue-black and violet (Gaspa 2017 passim). As well as the colours, we can read about other forms of decoration, such as fringes (appu and sissiqtu; Gaspa 2017, 78, 81), as well as motifs of animals (bulls and goats), petals and leaves, and crenallations (Gaspa 2017, 68, 69, 83). Occasionally, we are lucky enough to find actual textiles, for example hundreds of rosette-shaped appliqués from Nimrud (Collon 2008). Similarly, we can see some of these motifs on textiles being worn and used in Neo-Assyrian reliefs. 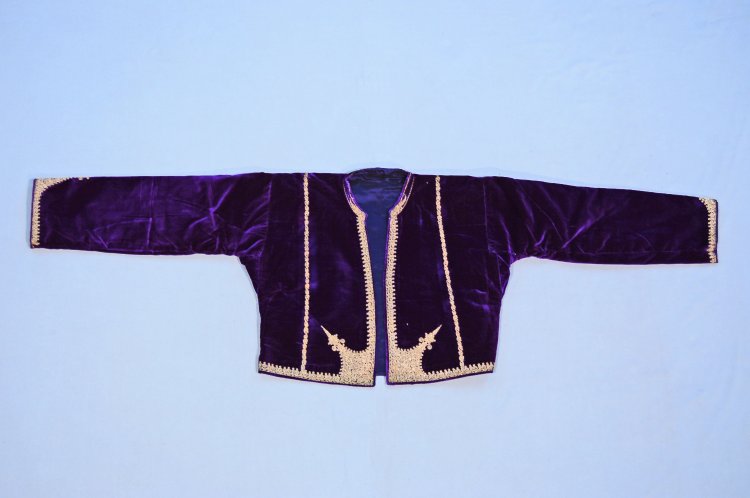 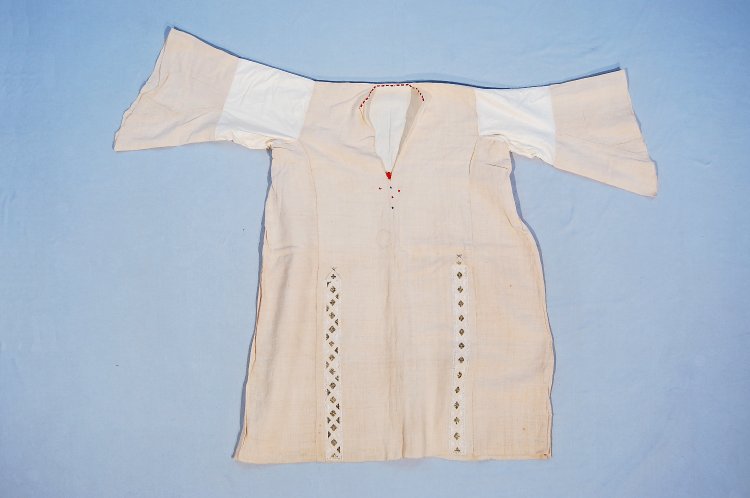 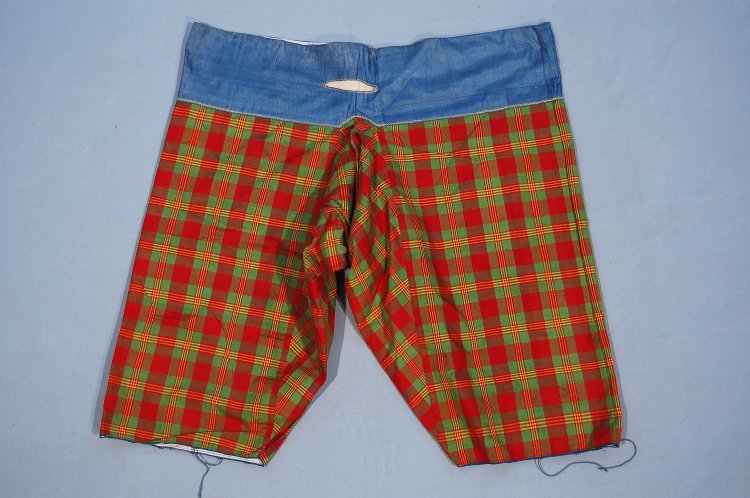 In addition to these pieces of evidence for the textiles, we also have archaeological evidence for some of the equipment that was used to produce these textiles. At Khirbet Khatunyeh, for example, remains of a carbonized loom and clay loom weights and spindle whorls have been found, as well as a possible weft beater (Curtis and Green 1997, 18-21). At Til Barsip (Tell Ahmar) terracotta dyeing vats, presumably used to make those reds, whites, blacks and other colours, were found along with loom weights and bone spatulae (Bunnens 1997, 21). All of this adds up to a picture of a complex and wide-ranging set of relationships with textiles in the Neo-Assyrian world.

This vibrant history of textile production extends, no doubt with transformations, into Mosul’s more recent past as well. Mosul was, for example, renowned as a silk production centre – the silk apparently making excellent curtains and being exported to other countries (Al Kubaisi (no date), 1-2). In addition to silk, and arguably even more closely linked to Mosul, was cotton and wool production. By the end of the 19th century AD, spinners in the villages around Mosul supplied urban weavers with more than 1.5 million lb of cotton yarn (Faroqhi et al. 1997, 907). Indeed, there was such a high demand for products that weavers also had to import cotton from Aleppo to supplement that grown locally (Shields 2000, 77). Both wool felting and cotton and wool weaving were practiced, with looms being located in the basements of homes – c. 1000 hand looms were estimated to be in the city in 1910 (Shields 2000, 78, 80). There was a high demand for brightly-coloured textiles, with natural dyes used until the 1890s when aniline (synthetic) dyes were introduced (Shields 2000, 78). In addition, there were monopolies on some dyes, such as indigo, which made the dye-houses very lucrative and able to bring in more income to the government than any other non-agricultural revenue (Shields 2000, 78). 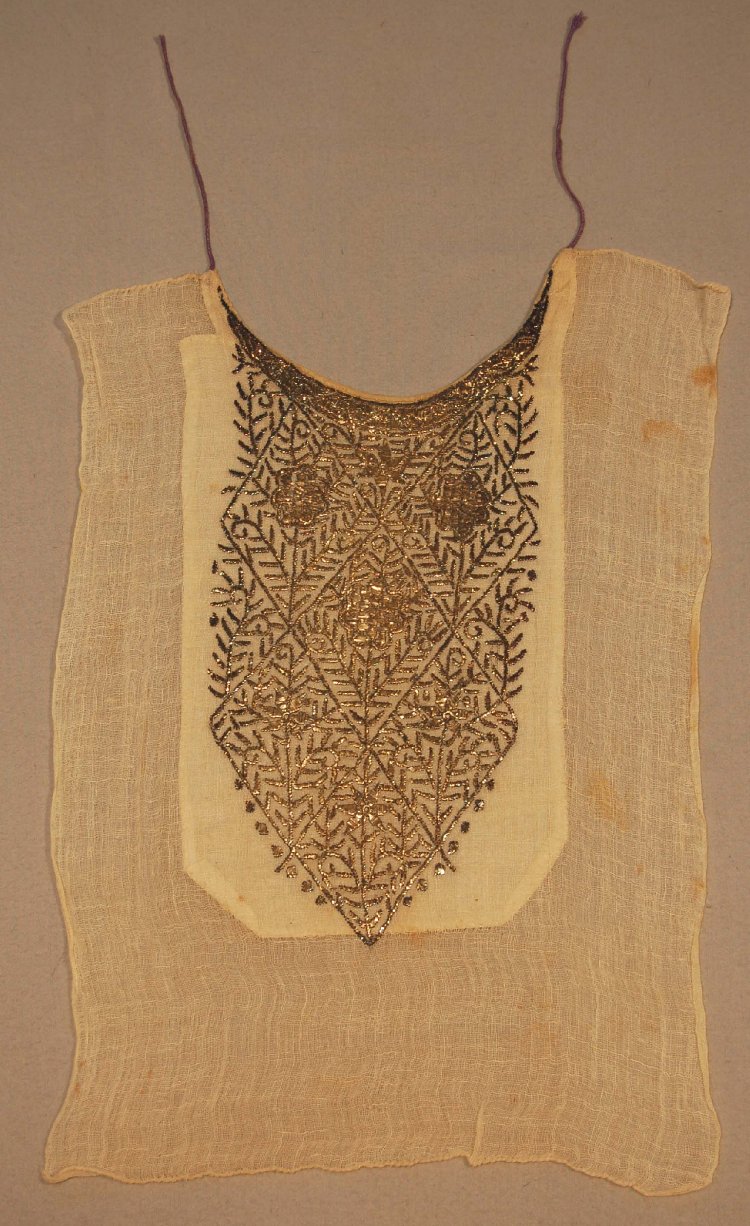 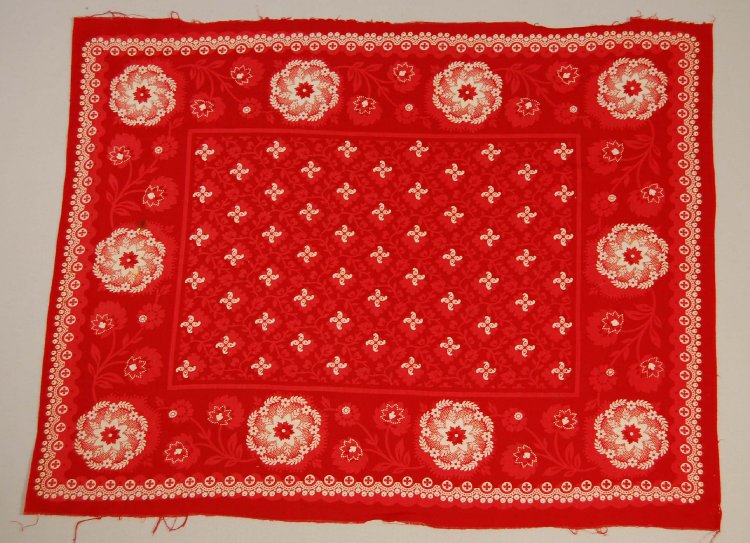 A set of clothing from late 19th to early 20th-century Mosul is now in the care of the British Museum. The clothing was donated in 1973 by Miss Fakhira Shasha and had been worn by her Moslawi grandmother, who died aged 90 in 1951. The costume comprises a cotton chemise, a white cotton waistcoat with purple silk and gold brocade, a purple velvet jacket with gold brocade, a yellow and white silk dress with blue brocade, red, green and orange checked trousers with a blue waistband, a silk belt with embroidered decoration in yellow and gold thread and crocheted edging and a cotton plastron with embroidered decoration in gold and silver thread 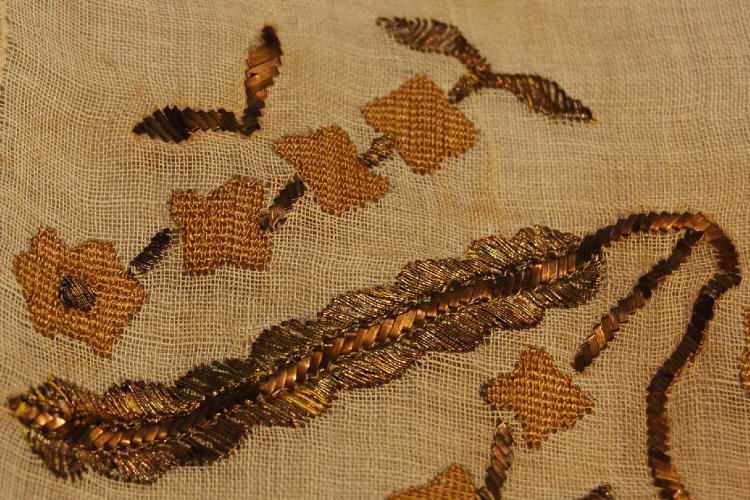 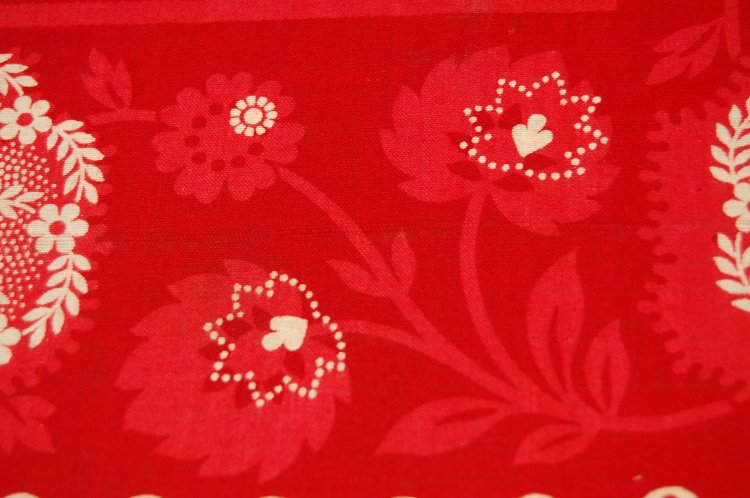 Some of these techniques can still be seen in active use today in the Kurdish Textile Museum in Erbil, which hopes to preserve these textile crafts for the future. It is my hope that my ‘Rematerialising Mosul Museum’ project can contribute to these efforts and provide a link between Moslawi cultural heritage of the deeper and more recent pasts. 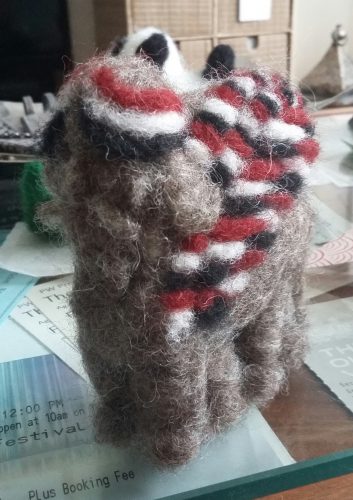 A needle-felted lamassu made by Zena Kamash, with help from Karin Celestine. Photo: Zena Kamash

‘Rematerialising Mosul Museum’ runs on Thursday 23rd August 1 pm -5 pm and Friday 24th August 9 am – 1 pm at the Cheney School, Oxford. The project has been generously funded by the British Institute for the Study of Iraq and the Institute of Classical Studies. For more information, please contact Dr Zena Kamash by email ([email protected]) or via Twitter (@ZenaKamash).

Bunnens, G 1997 Til Barsip under Assyrian domination: a brief account of the Melbourne University Excavations at Tell Ahmar. In S Parpola and R M Whiting (eds) Assyria 1995. Proceedings of the 10th anniversary of the Neo-Assyrian Text Corpus Project, Helsinki, 17-28.

Gaspa, S 2017 Garments, parts of garments and textile techniques in the Assyrian terminology: the Neo-Assyrian textile lexicon in the 1st-millennium BC linguistic context. In: Textile Terminologies from the Orient to the Mediterranean and Europe, 1000 BC to 1000 AD. 3. http://digitalcommons.unl.edu/texterm/3 (open access).