Regional Conversations is a series of online articles by the Ruya Foundation, which addresses issues surrounding art and conflict in the wider Middle East.

Last summer, Ghaith Mofeed, a young artist from Damascus, buried half of an expired Syrian document beneath the ground in the town of Cuenca, Ecuador. He gathered some of the soil and took it back to his home in Istanbul, where he has lived since 2012. “Ecuador is one of few countries to grant visa-free access to Syrians. It’s the furthest point west that I can travel to without a visa,” Mofeed explains. He will bury the second half of this document in Malaysia, which is the furthest point east among these countries.

Journeying plays a central role in Mofeed’s work. In his earliest project, The Journey of a Cell (2015), the artist travelled from Istanbul to his great-grandfather’s birthplace in Of, a town in the province of Trabzon, along the Black Sea in northeastern Turkey. The final project was an exhibition of photographs and documents from his family’s archive, including extracts from his grandfather’s diary, presented by Protocinema at the 5533 art space in Istanbul in 2015. Despite the travel restrictions on Syrians and Syrian artists, Mofeed travels often. The artist is currently completing a residency at the Delfina Foundation, London, supported by the Atassi Foundation. He was recently invited to speak at Proyecto AMIL, an independent contemporary art space in Lima, Peru. 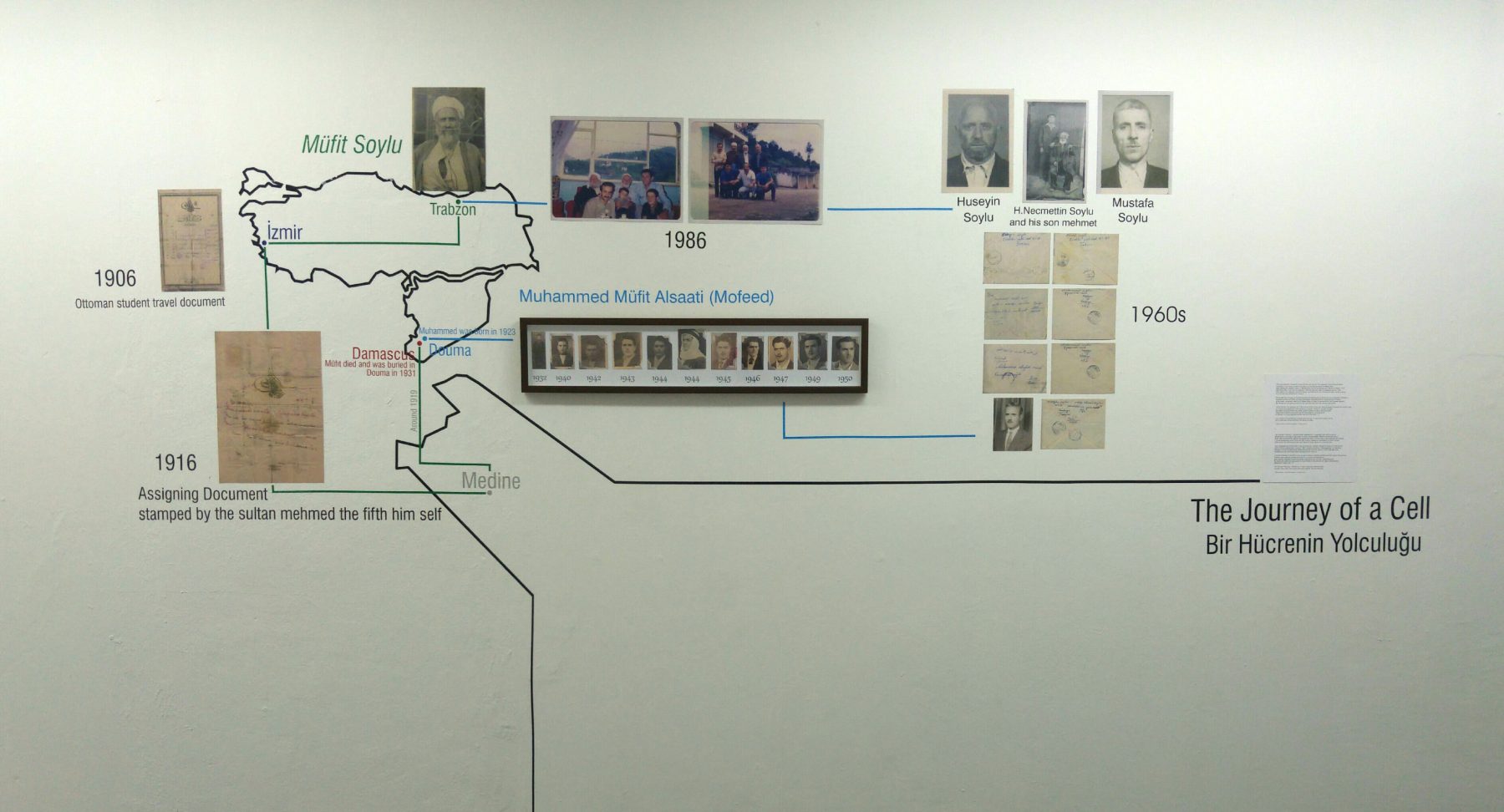 The Journey of a Cell (2015), Installation view, Protocinema at 5533, Istanbul. Courtesy of the artist.

To complete his journey to Trabzon, Mofeed traced his own grand-father’s itinerary from Damascus to Of in 1986. “My grandfather was born in Damascus but travelled to Trabzon to visit his cousins in the 1980s. He kept a diary and took photographs which I used as a reference.” Mofeed joins a line of contemporary artists whose work is defined by epic journeys. These flâneurs are no longer content with drifting through European cities and often undertake long distance crossings, that transcend regions, borders and continents. For example, in his ongoing five year project Cadernos de Africa, the Brazilian artist Paulo Nazareth has walked from Belo Horizonte, Brazil through to New York, and across the African continent to Cape Town. Through this journey, the artist traces former slave routes and draws on his mixed African and indigenous heritage. “[They] work against contemporary notions of immediacy and access in a globalized world […] their works dramatize distance between countries and cultures, across borders and time zones, to demonstrate how layered and complex a local stretch of terrain can be.” This is how this new generation of artists was described at the group exhibition ‘Walking, Drifting, Dragging’ (2013) at the New Museum in New York.

While Journey of a Cell documents the artist’s travels across Turkey, it harks back to the globalised trade routes of the Ottoman Empire, before it was partitioned in 1918 according to the Sykes-Picot agreement. “My great-great-grandfather was the son of a councilor to Sultan Abdul Hamid II. His son, my great-grandfather, was posted in the Hijaz, in Saudi Arabia, and on his way back to Turkey, he stopped in Damascus and settled there. He married a Turkish woman from Ankara and my grandfather was born.” Yet today, the modern nation states and borders that were carved out in 1918 have shattered Mofeed’s world. He left Syria in 2012, moving first to Egypt then to Istanbul, where his family eventually joined him. “Syria in its current state is not my home,” he says. His subsequent journey to Trabzon became a quest for continuity: “As a family, we always felt a connection to Turkey and knew we wanted to visit one day.”

Seeds, soil and cells are a metaphor for rootedness, or the search for it. “Walking through Of as my great-grandfather and grandfather once had, I felt a sense of déja-vu. I arrived at my great great-grandfather’s grave and I could see the surrounding mountains and rivers,” he recalls, “It was breath-taking, but I knew that I did not belong here. I belong to that place with the dark corners that they call Syria.” Nonetheless, Mofeed returned with seeds from Of, which he planted using soil from his neighbourhood in Istanbul. The seedlings exist as a “living art work” which Mofeed calls Beyoflu. As such, Journey of a Cell deals with the subjective experience of shared, remembered and imagined journeys. “I never knew my grandfather, but now I feel close to him” says Mofeed. “My great-grandfather had written love poems dedicated to a person living in Of. When my grandfather arrived to the village, he discovered that the person was in fact a river that could be seen from the house. Connecting these dots was only possible through these journeys across generations.” Mofeed distinguishes his work from that of a historian: “There is no family story, we each created our own. My great-grandfather and grandfather had their own stories. This is mine.”

In more recent work, Mofeed adopts a more political understanding of journeying and displacement. Here, his wandering is defined by increased global connectivity on the one hand, and his limited movements as a Syrian national on the other. “Ecuador is a 16-hour flight away from Istanbul, and Greece is an hour away. But without a visa I can’t travel to Greece. So Ecuador is closer to me than Greece.” he says, “The distance between countries today is no longer defined geographically.” The difficulties for Syrian nationals to obtain visas to Europe or any other place are aggravated by the recent refugee crisis. 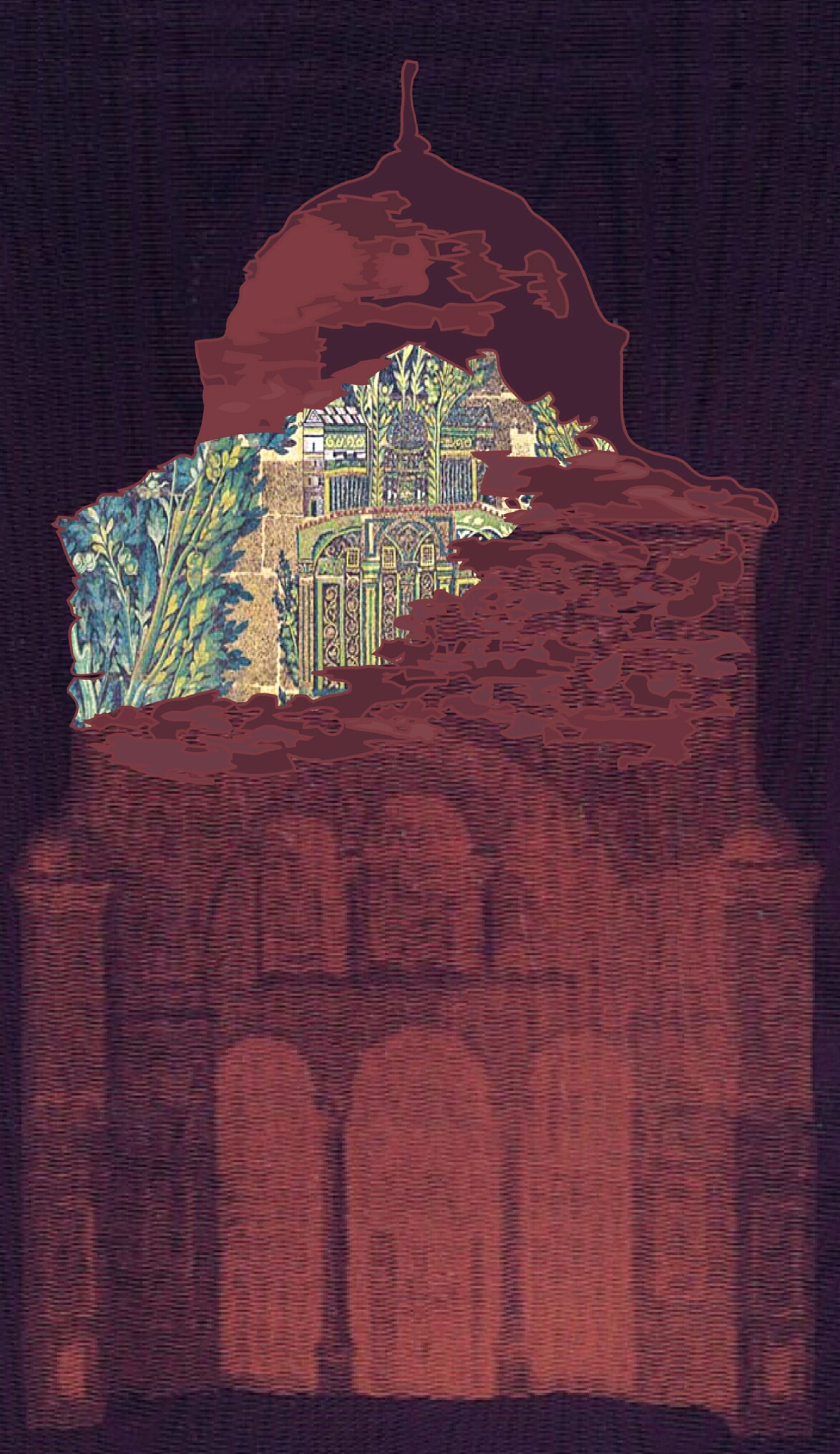 Ghaith Mofeed, From the ongoing project Memories of the Future. Courtesy of the artist. 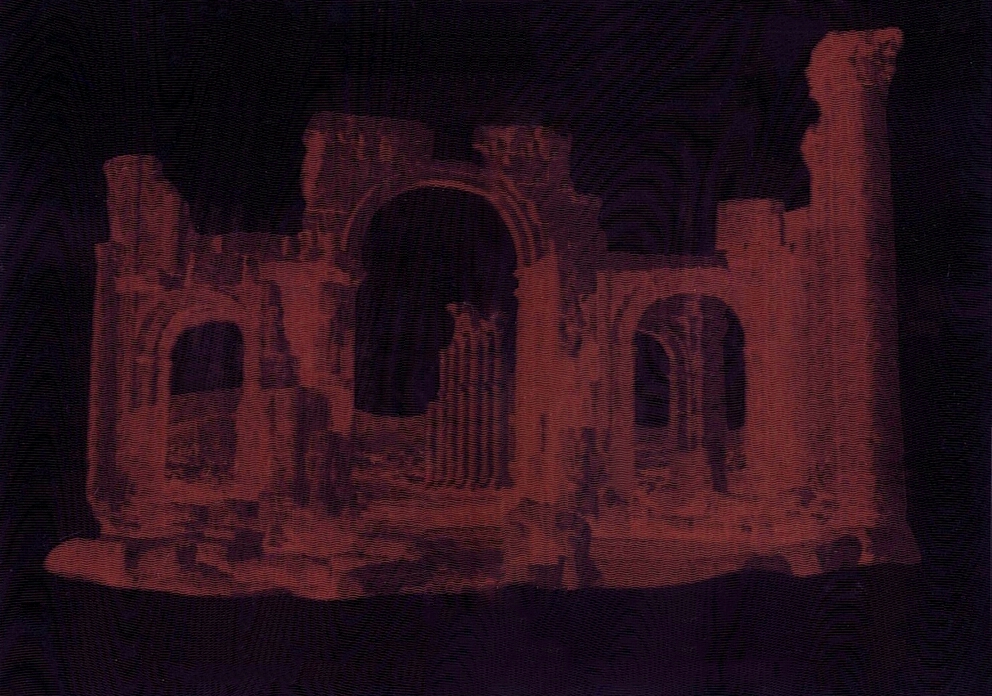 Ghaith Mofeed, From the ongoing project Memories of the Future. Courtesy of the artist.

Among these new ongoing projects is Memories of the Future, which is based on the images of heritage sites printed inside the Syrian passport. The artist has taken negatives of these images, and is presenting them through a light box. “These places in my passport evoke beautiful memories of home, of the past, places that I cannot go to anymore” he says, “Although I can’t go back to Syria, I am bound by this passport.” The images will be accompanied by a sound-based project. “I’m asking people who have been displaced, not just Syrians but Iraqis, Yemenis and Latin Americans, to send me a song which reminds them of a beautiful moment from their past. This song should make them feel extreme joy when they hear it,” he explains. The artist will record these songs onto a cassette, and pull out the tape from the casing, so that they remain unplayed and unheard. “I believe that beautiful memories of home can help us shape our future, instead of dwelling on loss and trauma,” says Mofeed about the project.

Mofeed’s optimism is often unconvincing given the context of a war that has internally and externally displaced 11.5 million Syrians according to UN figures. Yet he views this as integral to his role as an artist. “Art has allowed me to turn my sorrow into something valuable or beautiful, I guess. I felt the value of everything I am living and the responsibility to show it somehow,” he explains. “I had a conversation in Peru about near-death experiences, which reminded me of the effect of being displaced. Even if you’re not physically dying, you wake up in a new place and know you have survived. You feel hungry for knowledge, and to make something new for yourself.”

In Mofeed’s work, the journey is a trail across borders and continents, but also through generations and time. The traveller shifts between past, present and future in the search for origins, connections, knowledge and beauty. The movement can be physical, political or subjective. “Every journey starts within us as an idea that propels us forward,” he says, “Yet even if I’m free in my head, there are places I might never be able to visit.”