Ali Arkady (b. 1982, Khanaqin) is a photographer and filmmaker from Khanaqin, Iraq. Since 2014, after the armed group ISIS invaded and took control of vast areas of northern Iraq Arkady has been reporting regularly from the frontline, embedded with the Kurdish forces and the Iraqi Security Forces. He has covered the recent operations to drive ISIS out of the city of Mosul. Between 2015 and 2016, he lead an UNHCR-funded community project, teaching photography to Yazidi women in Iraq’s refugee camps. As well as his war reporting, Arkady launched his independent project in Baghdad, documenting the lives of artists living in the city. In this independent project, he hopes to portray a different image of Iraq, away from the violence that is typically seen in the news. He speaks to Ruya about this project, and the nuances between being a photojournalist and an artist. 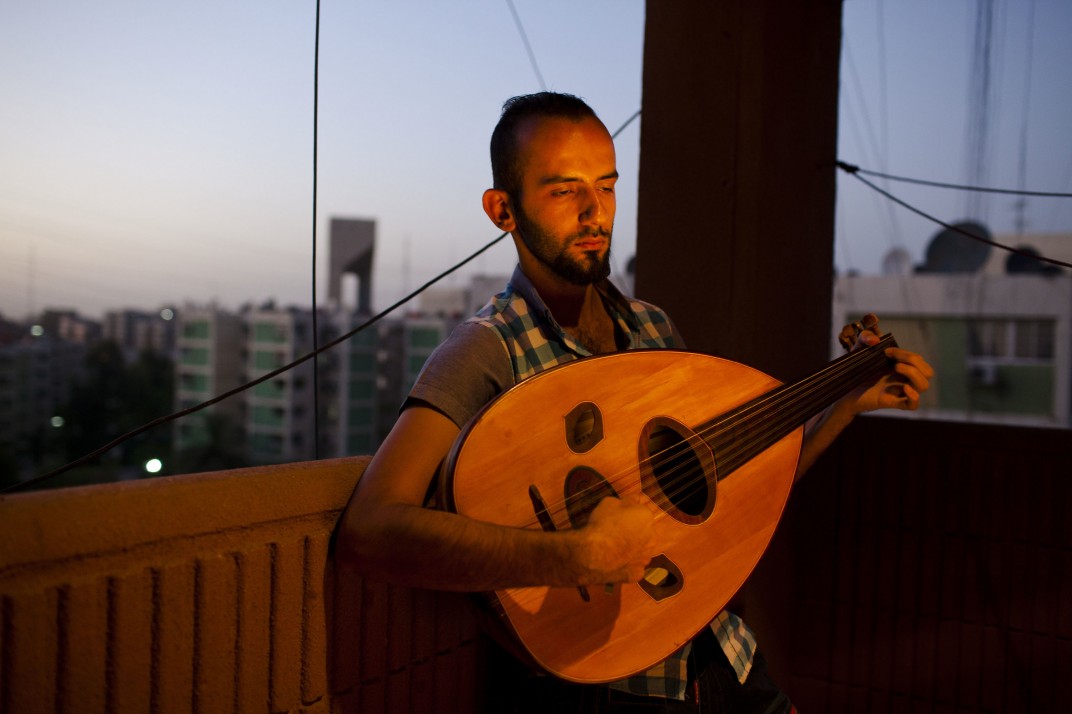 Anmar Hasan (27), a music graduate of the Baghdad Academy of Fine Arts in his apartment in the al Salheya neighbourhood of Baghdad. Since graduating Anmar has made plans to move to Turkey as a refugee. Baghdad, Baghdad, Iraq. July 2 2014. Photo: Ali Arkady / VII

You live in Khanaqin and you have been reporting on the conflict in northern Iraq. The art scene in Baghdad seems distant, both geographically and as an topic. What drew you to it?

I went to Baghdad in 2014 to work on a story about the ongoing violence in the city. Instead, I was taken by the art scene. It was unlike any other Iraqi city that I had been to, even Sulaymaniya. There was more energy and artistic activity. The young artists in Baghdad saw things differently. The friends that I had in Baghdad were all artists: the actor Mohamed Moneka, the photographer Ayman Al Amiri, Muhamad Burhan and Omar Dabbour. I would stay with them when I went, and they took me to local art spaces and theatres. I decided to shoot a documentary series about their lives, to show this other side of Iraq. Foreign journalists and agencies only report on the war. I am fortunate to be working with a big agency in the US, who embraced and supported my story. 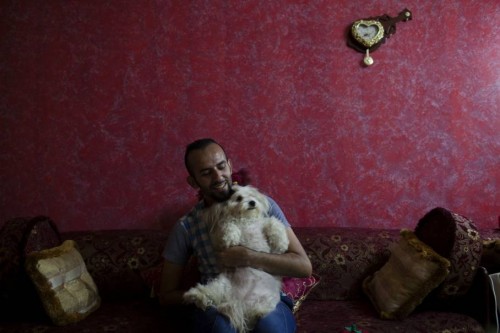 Anmar Hasan (27), a music graduate of the Baghdad Academy of Fine Arts in his apartment in the al Salheya neighborhood of Baghdad. July 2 2014. Photo: Ali Arkady / VII

Was the ongoing crisis in Iraq affecting this art scene that you witnessed in Baghdad?
Yes. When I began the project in 2014, I met, interviewed, and filmed 50 artists that I had met in the city. The told me they loved Baghdad and that they would stay here no matter what. Less than a year later, 30 of these artists had left. They were frustrated. The anti-government protests across Iraq had been ongoing for months. ISIS was sending car bombs into the city every other day. Nothing was changing.

What sort of daily challenges artists were facing?
I shot the series Happy Baghdad with the artist Mohamad Moneka. The situation had become draining for him in Iraq. He would say “I don’t have the energy to work. Who is this work for? What can I achieve with it?” The political situation also scared him. Moneka had worked as a cameraman for the filmmaker Mohamad Daraji, and he’d gotten into trouble once for filming at check point. He was scared to produce his work, or to walk around town with a camera. Baghdad was becoming like a prison. Mohamed and his two brothers fled Iraq in the summer of 2015. He now lives in Vienna with his brother Mahmoud. 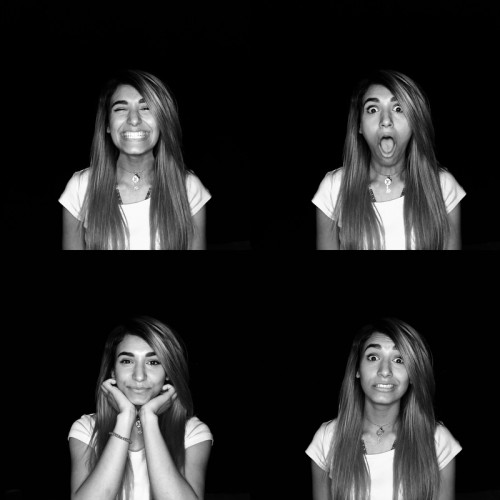 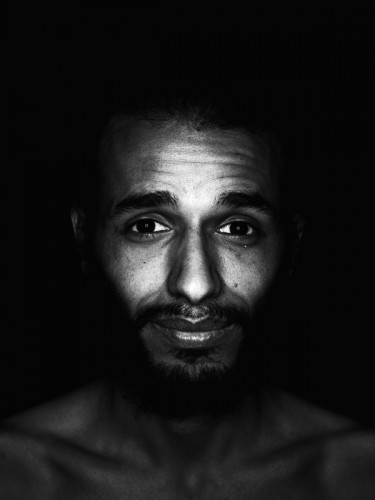 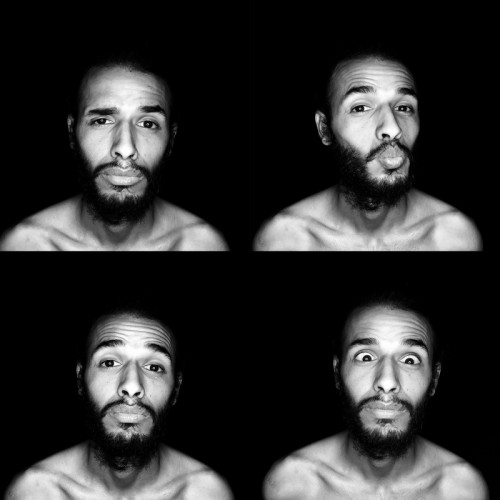 How has the art scene changed in Baghdad now that a lot of its young people and artists are leaving?
The atmosphere has changed a lot. This is good for politicians, but bad for society. I don’t think that change can happen without the presence of artists in the city. The art that we see today in Iraq is politicised. Plays that appear at the Muntada Theatre or the National Theatre in Baghdad are dominated by celebrations of Imam Hussein or Hashd Al Shaabi. This is not real art. 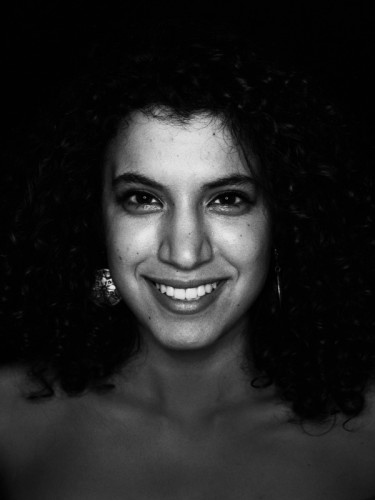 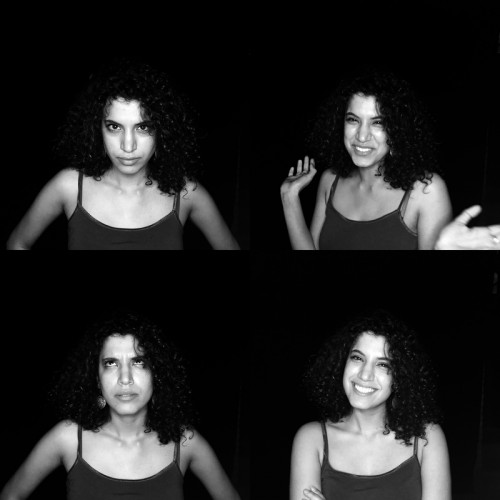 How has your angle or story changed, with these upheavals?
My story had to change to reflect this migration of young people and artists out of Iraq. I went to visit Mohamed and his brother Mahmoud in Vienna. Their lives had changed completely. They had a good studio space to work in and they were more productive. Together we met with Iraqi artists that we knew in Vienna and shot medium format portrait photographs. Our idea is to compare the portraits taken in Iraq with those in Vienna. On my next trip I will choose another European city to continue my research. So what began as the series of films Happy Baghdad has turned into an ongoing project, and collaboration across continents. We’ve named the project 220 Volts, because of the protestor who died from electric shock at the first anti-government protest in Basra in August 2015. For now we have been publishing the work on social media channels and the responsive has been really positive. The approach is journalistic, but its different to the news that we see on the BBC and CNN, which is all about violence and the aftermath of the 2003 invasion.

You have also been working with Yazidi girls from the Khanke refugee camp in northern Iraq. What were the highlights of the project for you?
I taught the basics of photography to a group of ten girls for a year. We focused on capturing daily life within the camps, and eventually, on how they would document Sinjar after the liberation. It was an amazing time for me in these workshops. The girls produced amazing photographs which sometimes made me cry. Together, we organised an exhibition at the American University of Sulaymaniya. It featured twenty photographs taken by the girls, showing daily life in the camps from birth to old age. The exhibition then travelled to Rome, and five of the girls were able to travel with me to attend the exhibition. 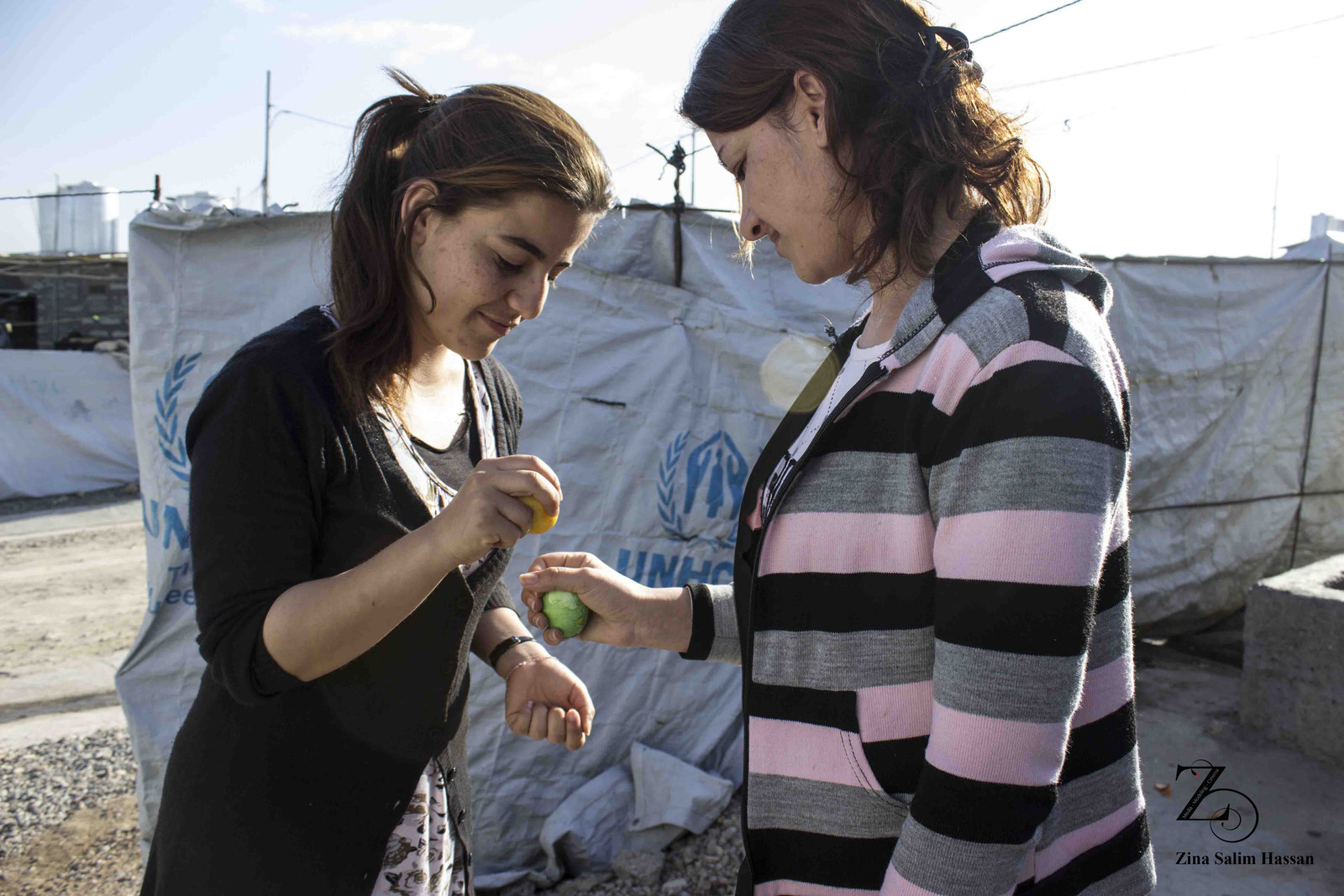 Why is the story of these artists important for Iraq and Iraqis?
Only artists have the power to change things in Iraq. Artists are sensitive people. They can sense and see things which ordinary people cannot. If you have good artists, then you can change something. Our politicians are against art, they are scared of what art can achieve.

How do you see the difference between the role of an artist and a journalist in a country like Iraq?
I ask myself this question all the time, there is no straightforward answer. In my work, I am not just reporting, there is art involved, as I am thinking about light, the forms, and the composition. I trained as an artist, but in 2010, I took a masterclass on the photostory in Sulaymaniya, led by important photographers from TIME magazine and Magnum. They taught us journalism and photography, and briefed us on the situation in Iraq since the invasion of 2003. I could no longer stay at home, sat on my chair and painting. I wanted to be out, exploring the field. As a photographer in Iraq, I was quickly given opportunities to learn, to make contacts and to travel abroad. Today I am in touch with editors from international new agencies around the world. If I had remained a fine artist, I would not have gotten this exposure. After two years of covering the war and being on the frontline of battles in Fallujah and Mosul, I do feel like I’d like to go back to painting. But I want to do something that helps people. I feel that I can change things as a photojournalist. I follow, I investigate, I search for stories.