We regret that the 5th Çanakkale Biennial, which was scheduled to open on 24 September, has been cancelled due to developments within a political agenda that is contradictory to the basis of the Çanakkale Biennial Initiative (CABININ). We are saddened by the turn of events and our thoughts are with the organisers and artists involved who have been working hard over the past year to produce this edition of the biennial. We are equally sorry that the artists that we commissioned, Salam Atta Sabri and Akam Shex Hadi, will not be able to show their work on this occasion.

The Ruya Foundation had partnered with CABININ and commissioned new works from the artists Salam Atta Sabri and Akam Shex Hadi for the 2016 Biennial. Both artists produced work around the theme of ‘Homeland’ and its relationship to national identity, borders and human movement. At Ruya, we are currently working to give the artists a new opportunity to exhibit their work as part of an equally important international arts platform.

The biennial’s theme of ‘Homeland’, which did not seek to limit the issue to what is happening in the Middle East today, addressed an urgent question for the region and the artists involved. Organised by the civil initiative, CABININ, the Çanakkale Biennial has maintained an active involvement with public, private and civil formations since 2008. It was supported by the Municipality of Çanakkale and the Ministry of Culture and Tourism in Turkey, among others. We are proud to have collaborated with such an initiative and would like to thank the curators Beral Madra, Seyhan Boztepe, Deniz Erbaş for inviting Ruya to take part in the biennial. 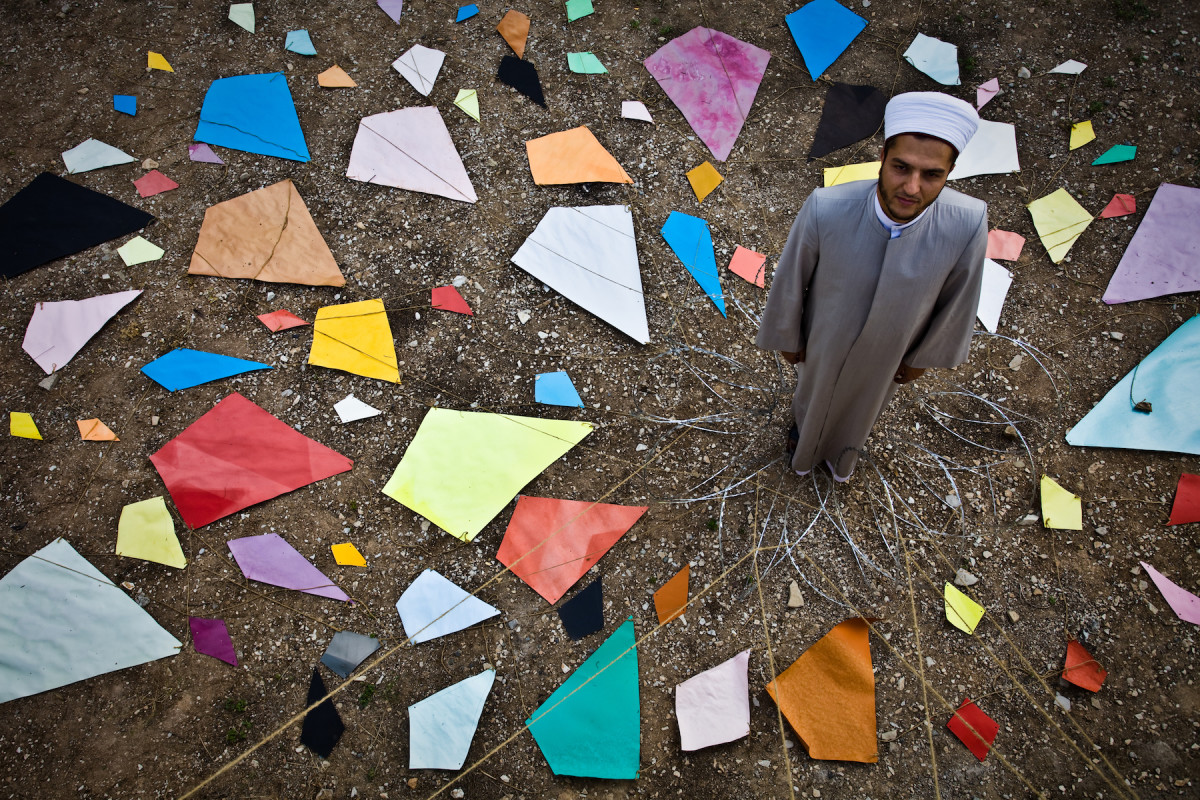 From the series Homeland by Akam Shex Hadi.