Ruya Foundation invited the artist Francis Alÿs to Iraq. After hosting a workshop with artists and art students in Baghdad, Tamara Chalabi, chairman of Ruya went with Alÿs on a research trip to the Yezidi shrine of Lalish and two refugee camps, in the Dohuk Province, in the Kurdistan Autonomous Region of Iraq. The purpose of the visits was for Alÿs to explore the camps and the possibility of creating a work related to the camp and the people living there, in collaboration with Ruya Foundation.

This is part of Ruya’s wider research and preliminary activities for Creativity for Survival, a series of ongoing art project and workshops for refugees living in the camps of Northern Iraq. In this unique art project responding to a humanitarian crisis, Ruya aims to foster creativity in a difficult environment, aid the preservation of cultures under threat, and the healing of trauma in war time. International artists like Alÿs, who’s work involves engagement with communities and children, as well as local artists in Iraq, will be invited to collaborate. Ruya is also consulting activists, intellectuals and human rights lawyers working in the region and in the camps to set up the project. 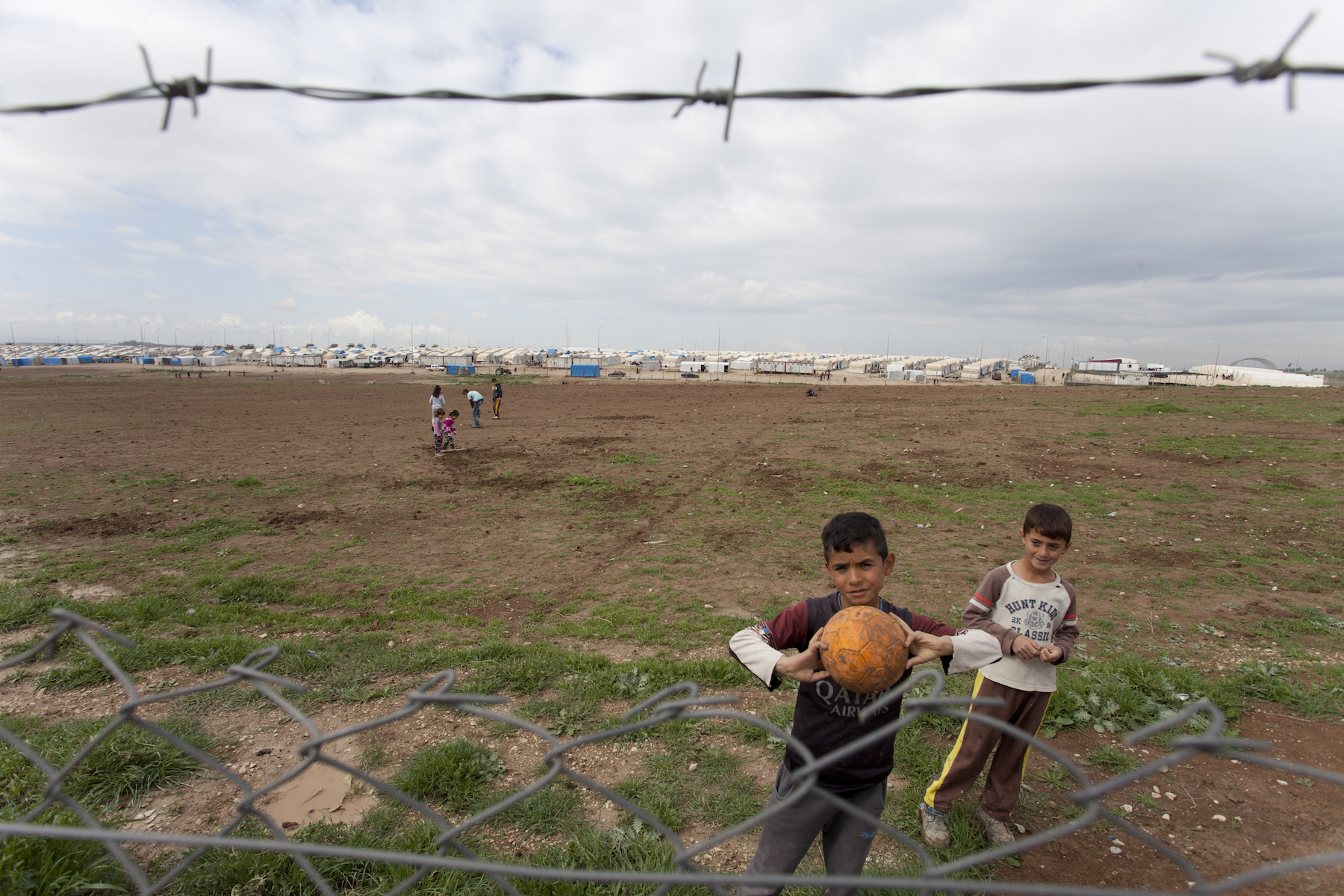 At the temple of Lalish, one of the main Yezidi holy sites in the mountain valley village of Lalish, Alÿs and Chalabi met with the head priest who gave them a tour of the temple, its shrine and the surrounding area. They talked about Yezidi religious tradition and its architecture. They then visited a few existing Yezidi villages nearby to view the local architecture. 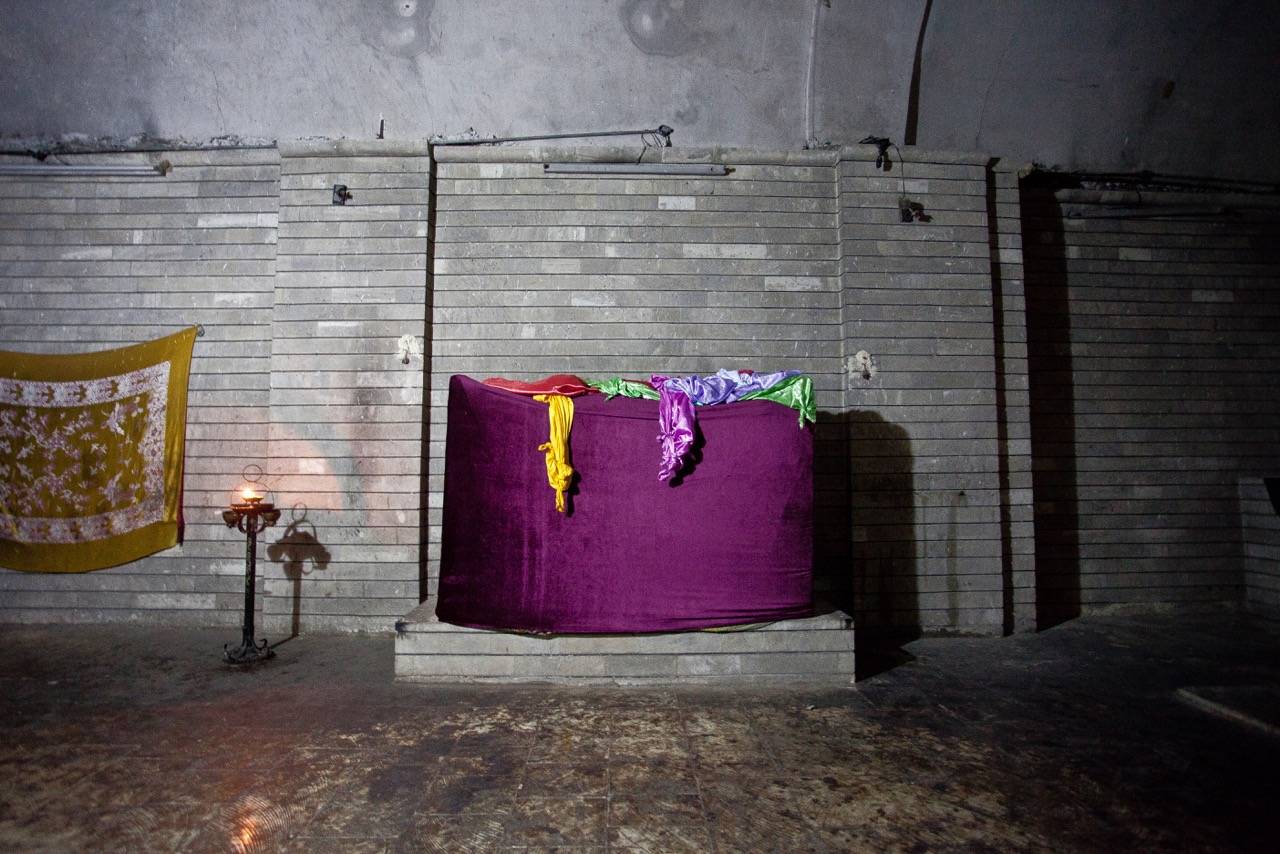 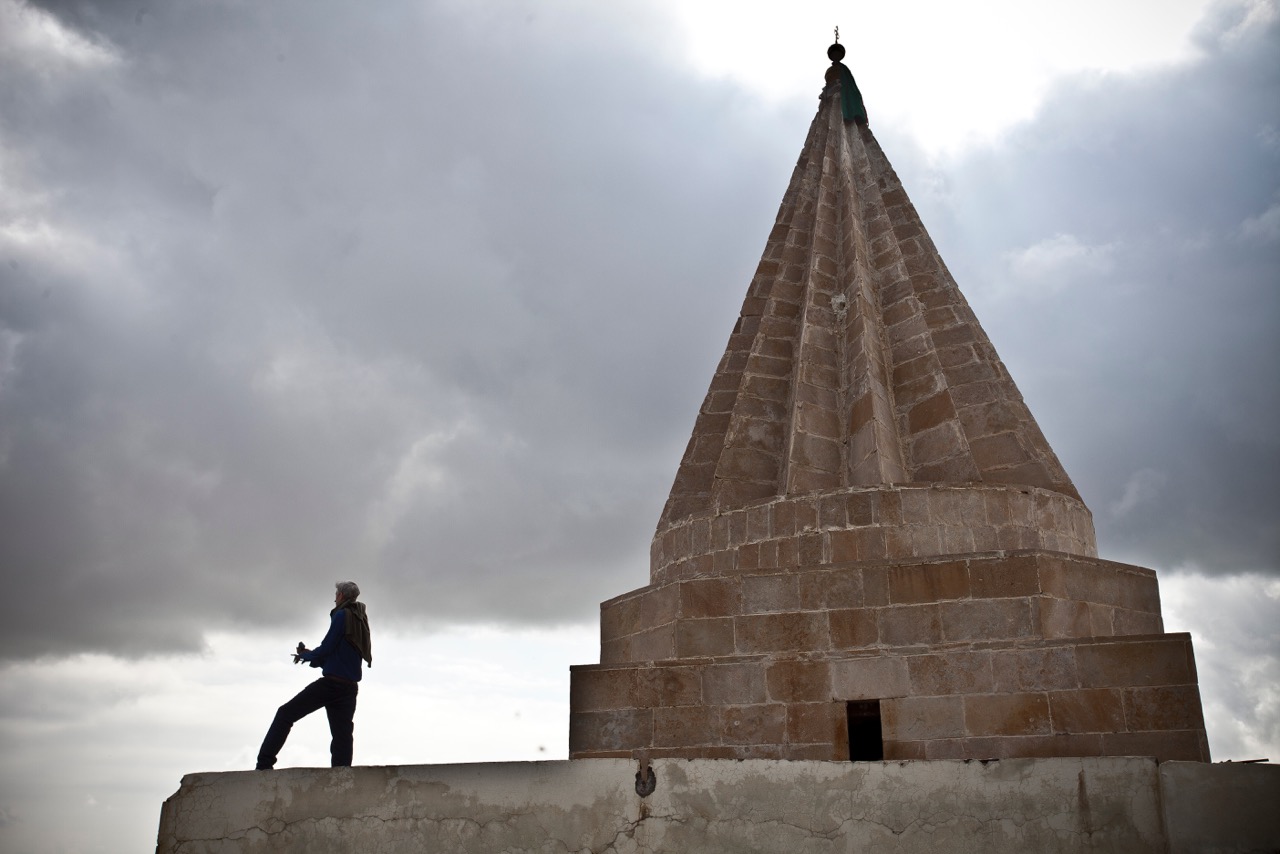 Alÿs filming at the Yezidi shrine outside the village of Sina. Photo: Akam Shex Hadi/Ruya Foundation. 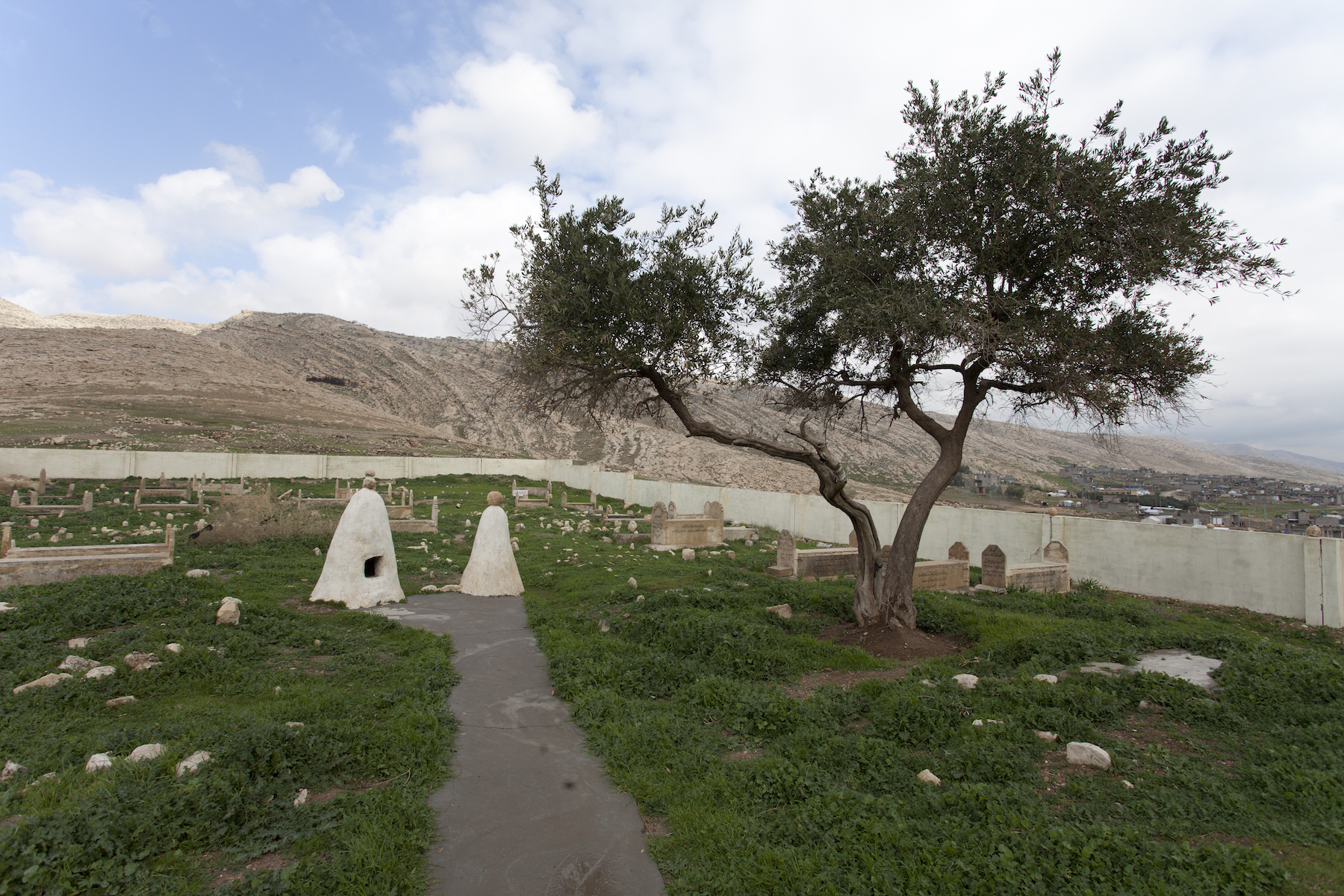 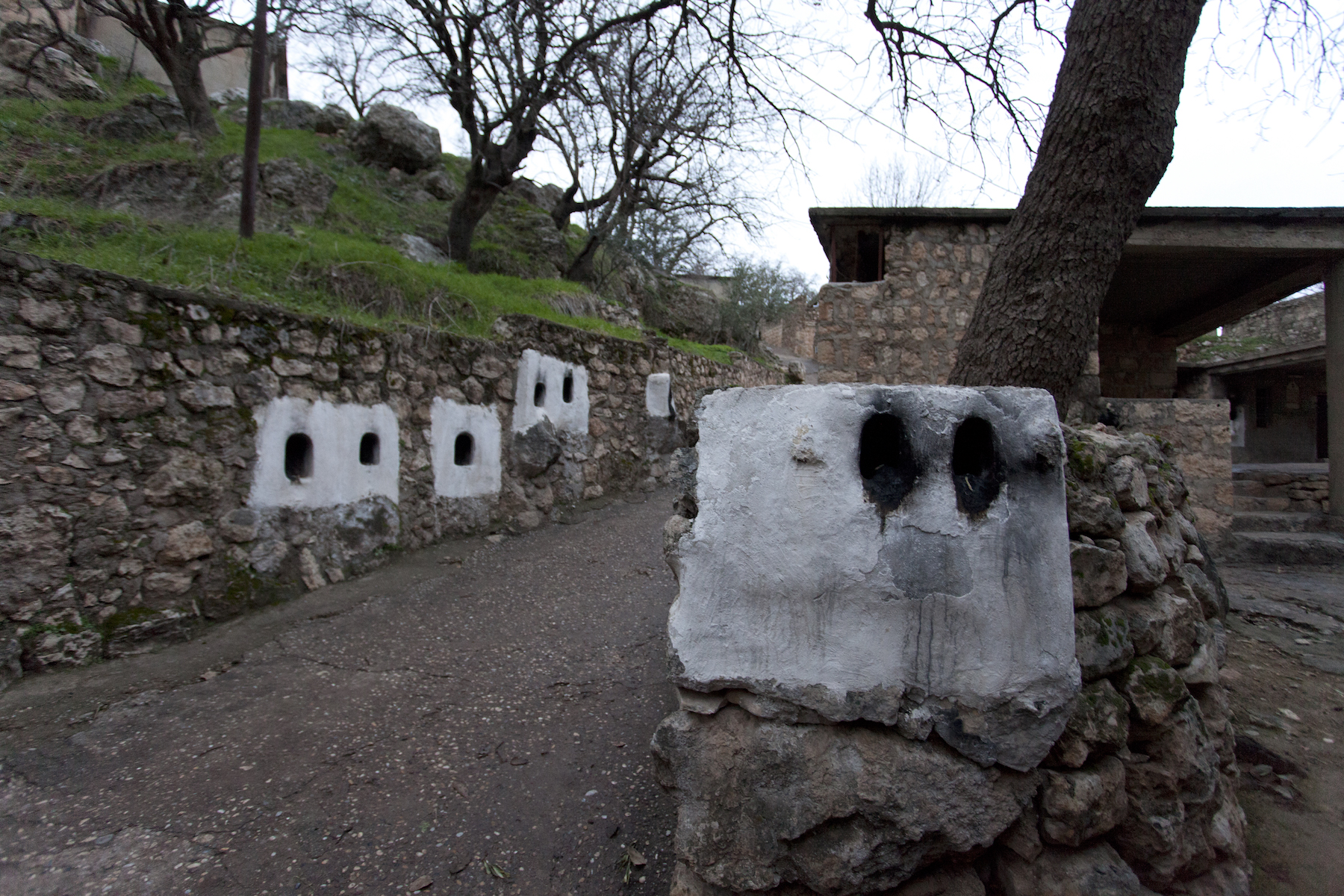 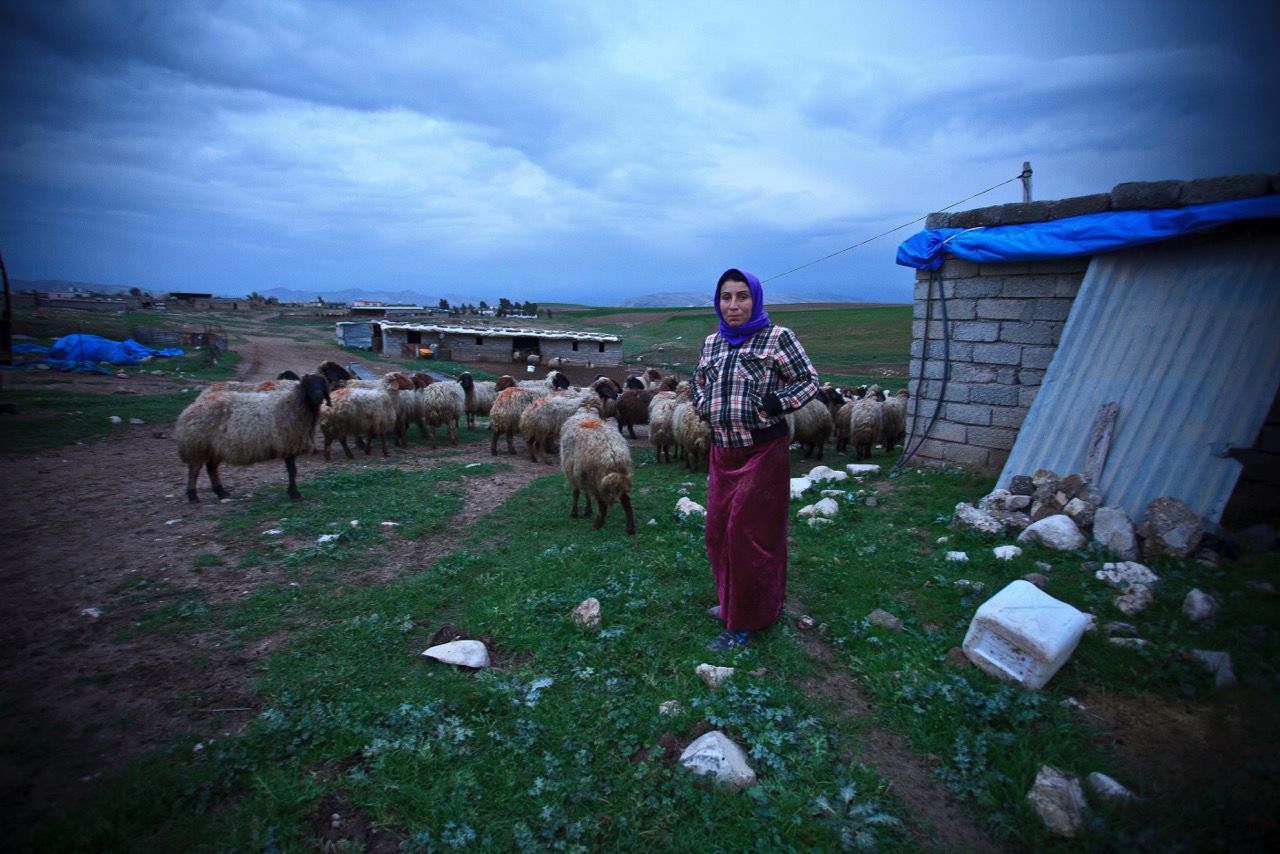 Outside village of Kabarto, where a refugee camp has been set up nearby. Photo: Akam Shex Hadi/Ruya Foundation. 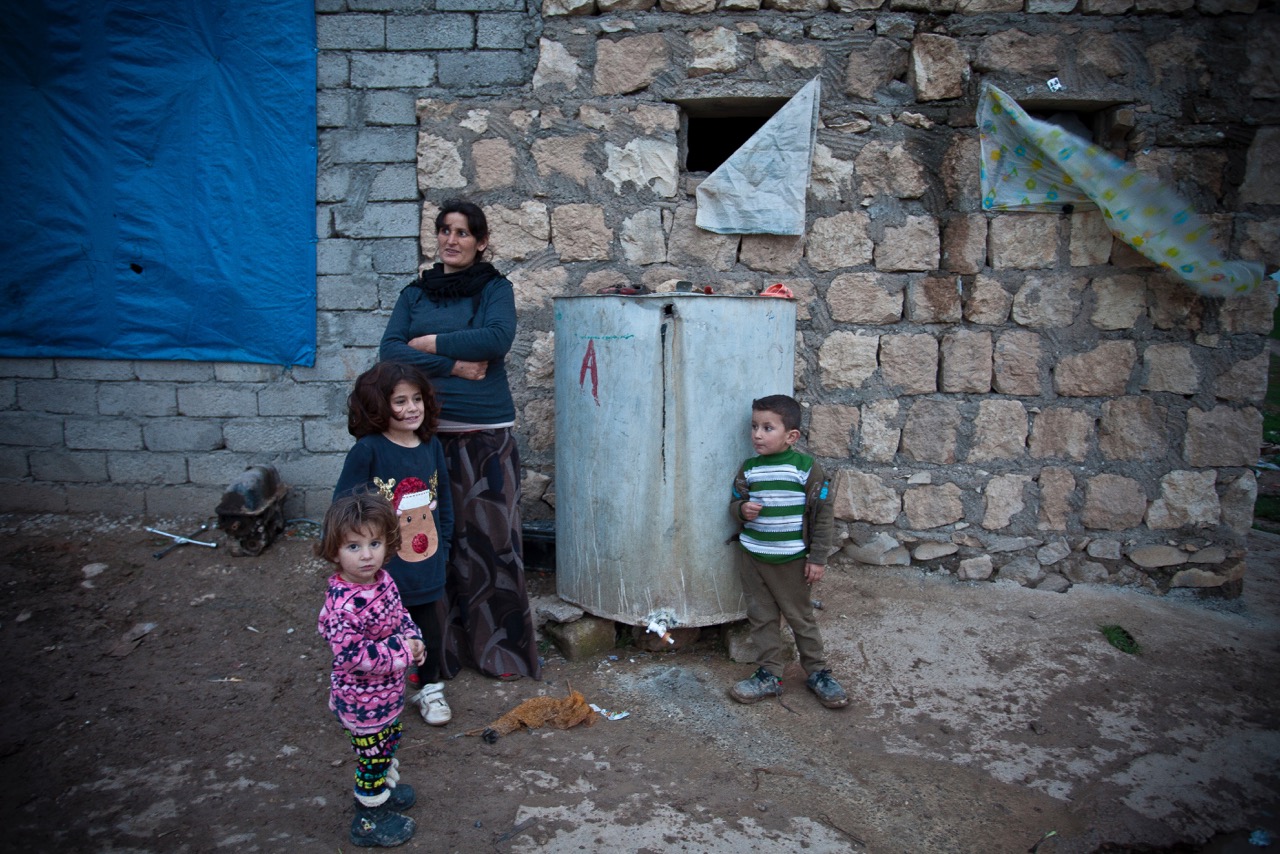 A family from the village of Kabarto. Photo: Akam Shex Hadi/Ruya Foundation.

Alÿs and Chalabi also visited two refugee camps outside the city of Dohuk. Camp Kabarto hosts 5,000 families from the region of Sinjar, which was under seige by ISIS in August 2014, leading to one of the biggest humanitarian crises’ in Iraq that year. The camp’s population is predominantly of the Yezidi sect, but there are also Kurdish Muslims and Assyrian Christians from Sinjar. Camp Shariya is a camp with 3,300 Yezidi families (17000 people) from Sinjar,* which Ruya has been collaborating with and visiting regularly. 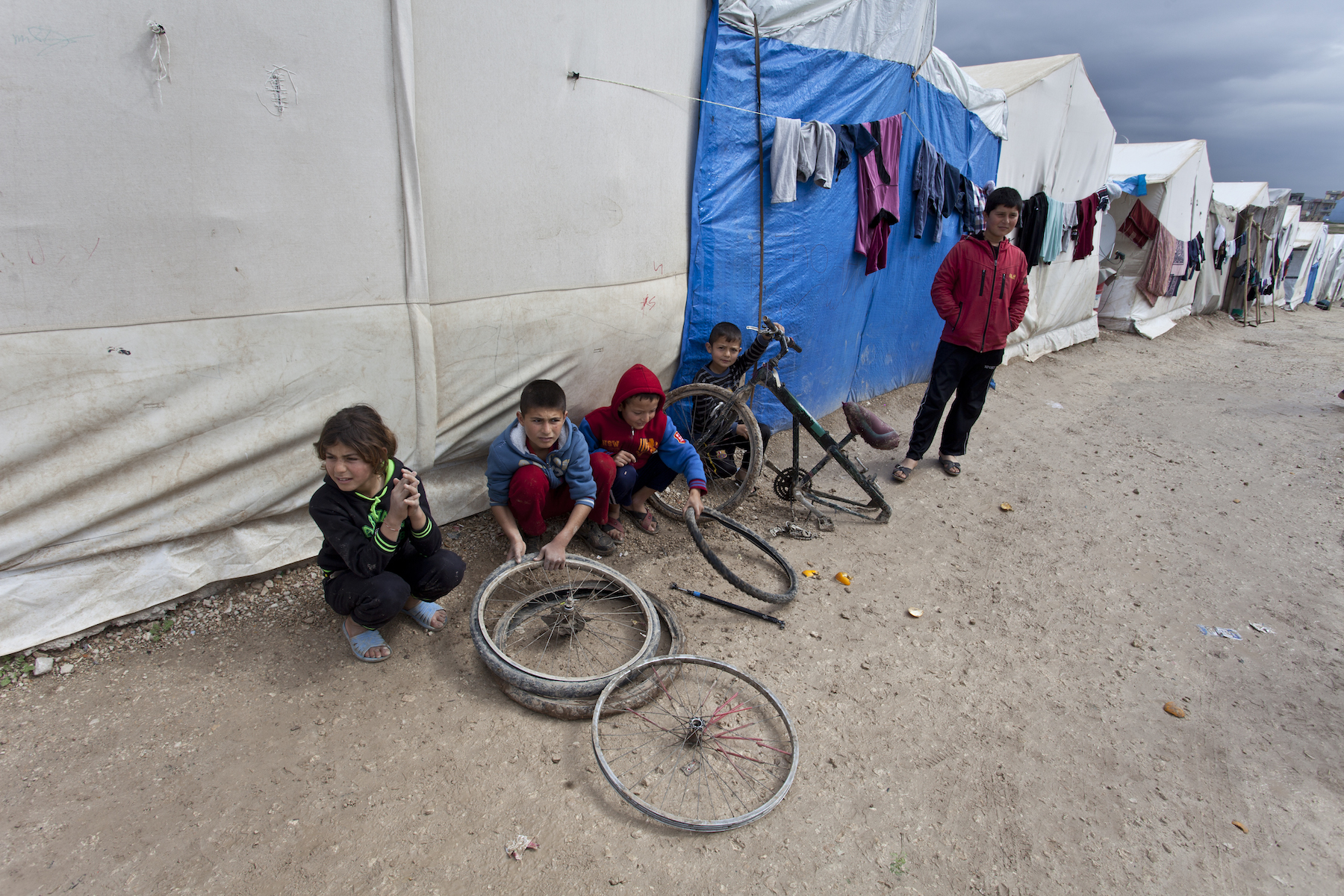 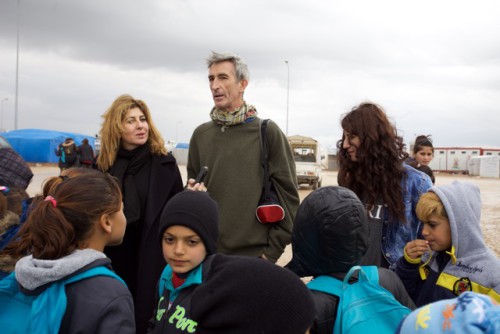 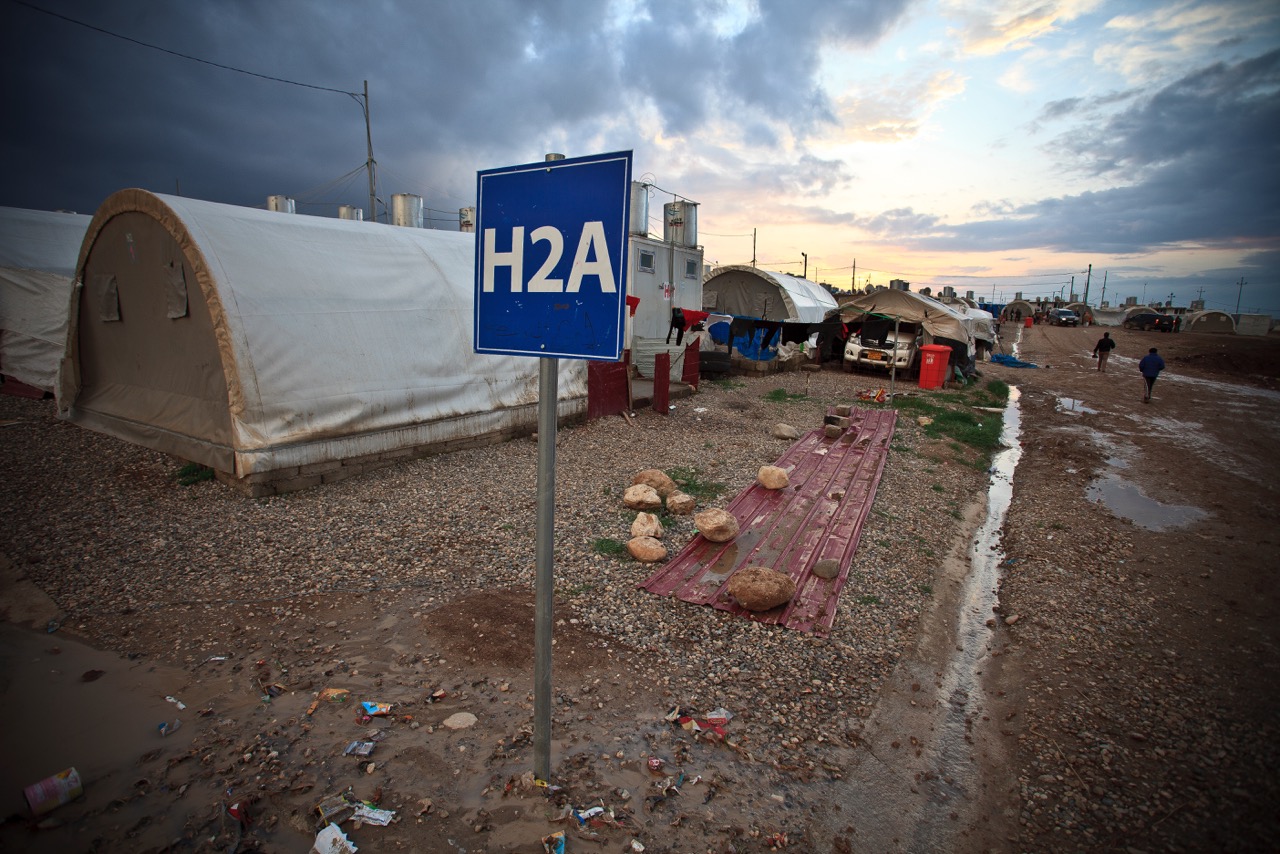 Over two days, Alÿs filmed and took photographs of each visit to garner ideas. He was looking at where and how people live, the spatial layout of the camp and the common spaces. There is a stark contract between the makeshift tents people used as homes for people, and the hand built mud ovens and small structures that are reflective of traditional building in the region and also common in the nearby villages.  Alÿs filmed children’s local games in the camp, such as marbles and hopscotch. Since 1999 the artist has produced video works about children’s games in Mexico, Afghanistan, Belgium, Jordan among other countries worldwide, highlighting their universality across socio-politically different and culturally relative environments. 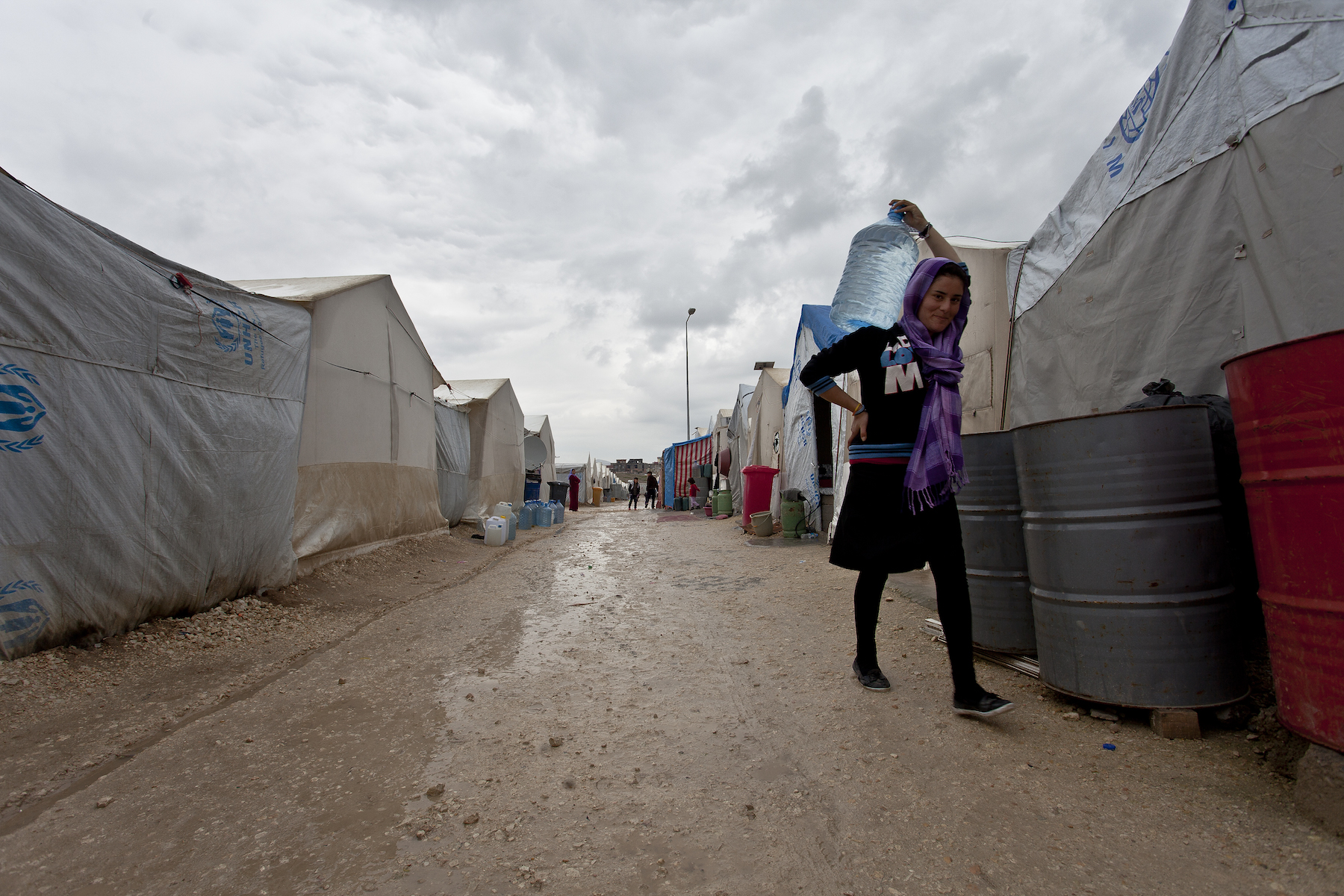 Alÿs and Chalabi held meetings with local activists, artists and intellectuals, to discuss the threat to the Yezidi community’s culture and existence since the attacks by ISIS in 2014. At Camp Shariya, they met with The Voice of Shingal, a group of young activists living in the camp, men and women, who were all helping out with daily issues, and run outreach campaigns for the camp on social media. The group was only recently formed, as a result of its members having grown accustomed to life in the camps. Ruya Foundation is exploring possibilities with collaborating with them on future creative projects, which the group would organise and run in the camps themselves. 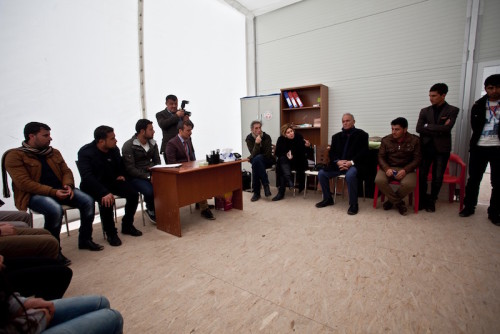 Many human rights groups and activists have argued that the violence against the Yezidis in 2014 was an act of genocide. Back in Dohuk, Alÿs and Chalabi met with two intellectuals from the Dohuk University, Dr. Nadhim Zawi, professor of political science, and Dr. Said Khudida ‘Alou who is documenting various aspects of Yezidi culture such as  traditional songs, in order to preserve them at this time of uncertainty. He is also documenting individual first hand testimonies of rape cases by survivors of ISIS, as evidence of the extent of the armed groups human rights violations. They also visited the artist, Ammar Khidir who is from Ba’shiqa, a village overtaken by ISIS. He is also working on a series of figurative paintings depicting the massacres in Sinjar. 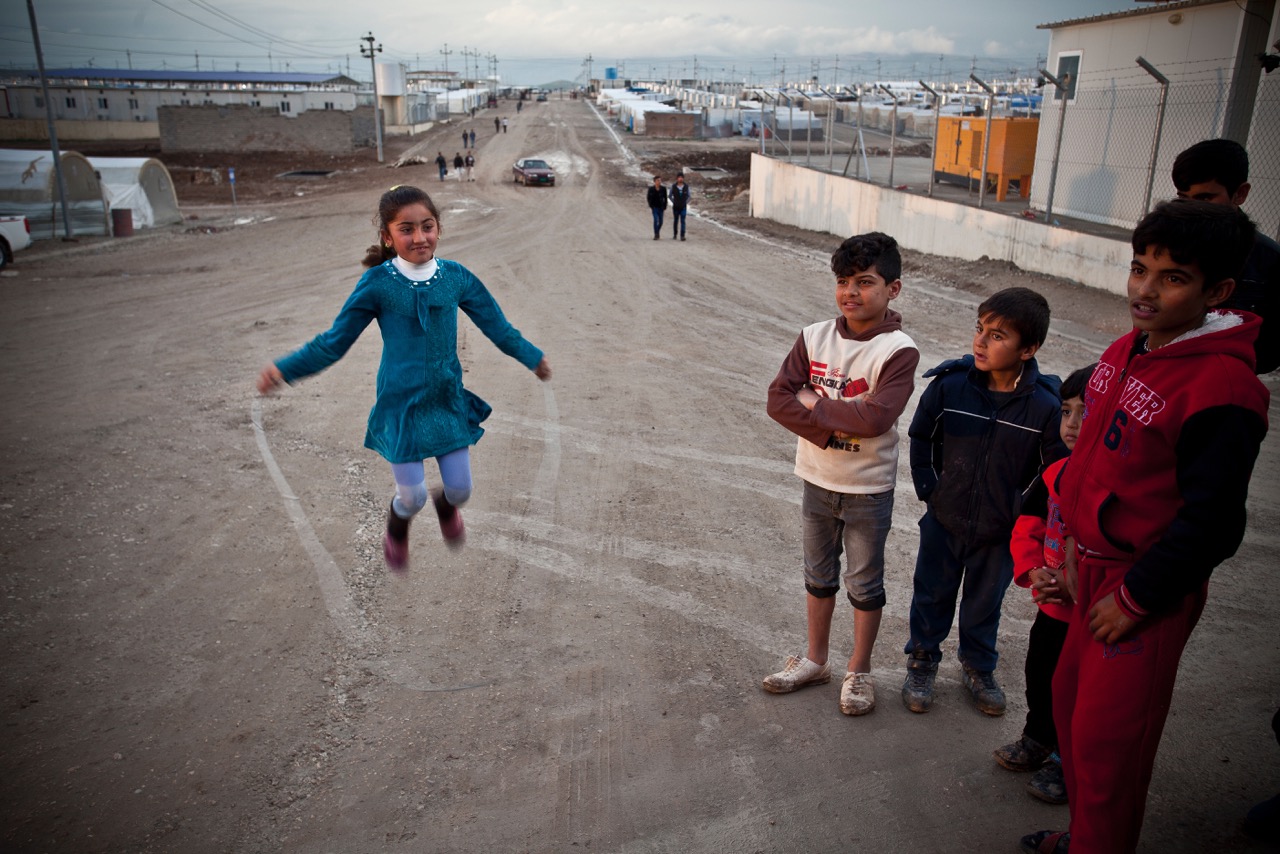 Ruya’s programme for Creativity for Survival, a series of ongoing art projects and workshops in the camps of Northern Iraq, will be announced later this year.