Ayman al-Amiri (b. 1995, Baghdad) is well known among young photographers and filmmakers in Baghdad. He was 8 years old when the U.S. invaded Iraq in 2003, and his photographs reflect daily life after the conflict.  Ayman’s work has been presented at international film festivals in Dubai, Abu Dhabi and New York and appears in RUYA’s Welcome to Iraq catalogue for the Venice Biennale in 2013. Among his cinematographic work the film “Nesma’s Birds” by director Najwan Ali was awarded the Student Visionary Award at the Tribeca Film Festival 2014. Ayman is currently working on a project set in Baghdad with support from RUYA.

Why did you become a photographer? My father is a photographer and as a child I was curious about his cameras. He let me take pictures and developed them. He said that I had talent and encouraged me to work in the same field.

What inspires your work? I am inspired by the way societies work and events that have a profound effect on society, like explosions and their aftermath. I like to document these situations in a new aesthetic and artistic style.

What early memory do you wish you had a photo of ? I wished that I had photographed the Amriya shelter hours before it was bombed by the US forces to preserve the memory of its victims.

What is the most memorable photograph you have taken? How did it make you feel? The photograph of a concrete wall in the International Zone, I waited for two years to take that photograph because I had no security permission to take it. On the concrete wall the face of a veiled woman is painted and under it is a half-finished Iraqi flag, among other graffitis by young Iraqis commenting on the situation. After finally taking it – I felt relieved. 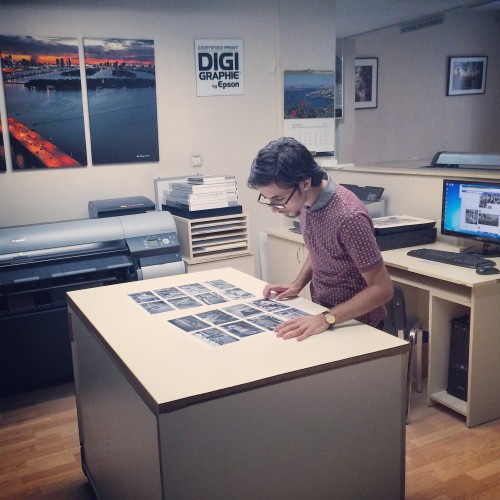 Ayman works with RUYA at a studio in Istanbul.

What is the art scene like in Baghdad? The Iraqi art scene is improving slowly but positively thanks to the innovative work of young artists.

What place do you wish you could photograph the most? Why? I wish I could photograph cities after major conflicts because soon after a conflict ends there are major changes. These appear at so many levels, social, economic, environmental etc…

Describe a day in your life as a photographer in Iraq. On one of the bloodiest days in Baghdad, 5 car bombs detonated as I was walking along the Sinak Bridge. I was on my way from Karkh to Rasfa and the bridge connects those two areas. On my right side was the most beautiful view of the city of Baghdad with the Jumhuriya bridge. People standing with me on the bridge could not see it because they were looking at the destruction on the other side. There was fire and smoke from an explosion. We could hear the ambulances. Taking photographs on the bridge is not permitted, and my heart began to thump wildly because I feared that security forces would not allow me to take pictures of the beautiful view on the right. I saw a soldier and I told him that I was a student and that I would like to photograph of that beautiful scenery. He smiled and told me to go ahead. After I began to take pictures, people turned and looked at the right side of the bridge and stood there watching. Another man took out his mobile phone and took a picture. That was one of the most memorable days of my life. 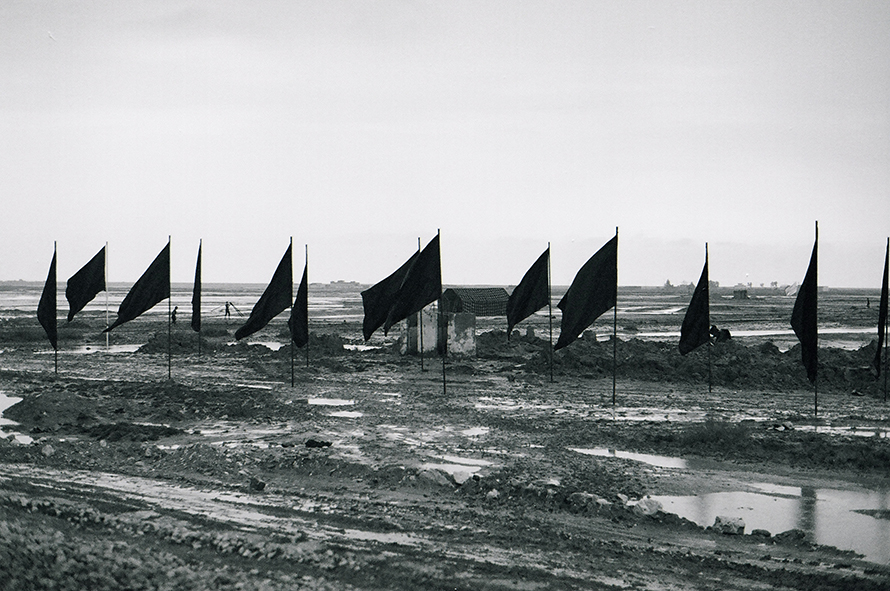 From the series Homage to Tarkowsky. Courtesy of Ayman al-Amiri