Follow the book presentation ‘Letters to My Father’ by the Iraqi artist Salam Atta Sabri online on 16th February 2021 at 8 pm (GMT+1).

Salam Atta Sabri (b. 1953, Baghdad) is one of the most important Iraqi artists of his generation. He was raised in an artistic environment – his father Atta Sabri was also an artist – and became familiar from a young age with the work of various well-known (Western) artists, such as Van Gogh and Goya, through the art books in the studio.

The artist trained as a ceramist, but also produces sculptures, paintings and drawings. He first lived in the United States for sixteen years – where he also studied at California State University in Los Angeles – and then in Jordan, before returning in 2005 to the city of his birth, where he continues to live and work.

Atta Sabri’s return to Baghdad is a connecting theme of the many drawings he has made since 2005, works in which he endeavours to grasp, interpret and critically engage with the immense and conflicting changes that have occurred, the corruption, the constant violence and the political instability into which his country has fallen. Due to a shortage of art supplies in Iraq, he initially created these works in pencils borrowed from his daughters. From that point onwards, Atta Sabri created literally hundreds of drawings, which function as both a personal visual archive and a diary of the evolutions in Baghdad and Iraq.

The drawings entitled ‘Letters to my father’ (2010 – 2019) are published in their entirety in the book of the same name and can be viewed as visual letters with textual insertions to a beloved father. They are an intimate snapshot of a one-way conversation between the artist and his father; both biographical and historical, as though a combination of diary and correspondence. 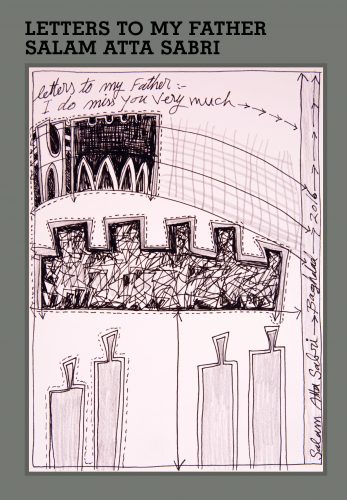 The book has been sponsored by Rabee Securities. It is available to purchase here.

The link to the online book presentation is here. 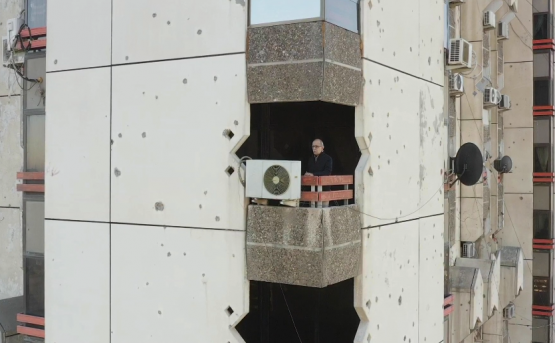 Watch the ‘Letters to My Father’ Film