Ruya Foundation invited Polish curator and writer Aneta Szylak to carry out a seminar at the Sif Garden in Baghdad, as part of Ruya Labs, our ongoing series of art workshops and seminars for the local artistic community. 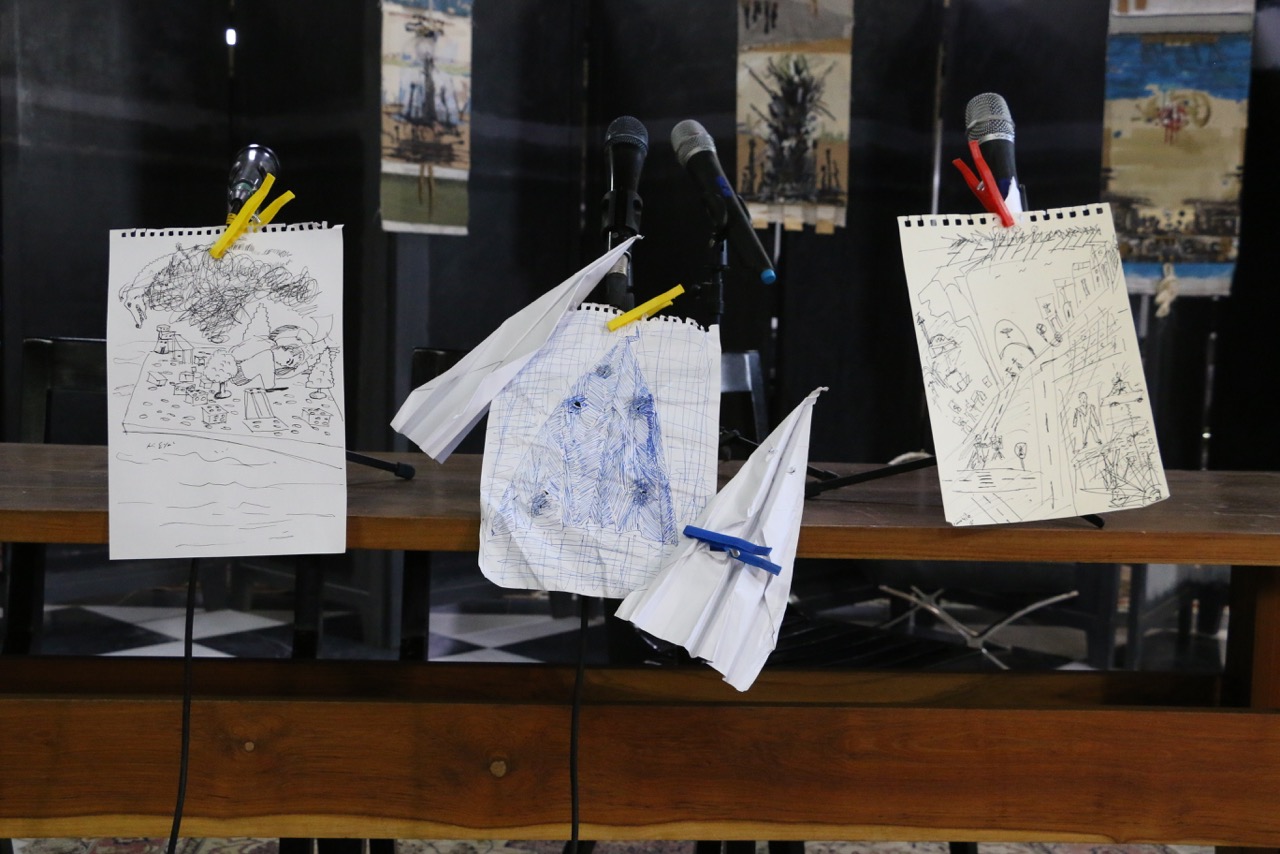 The workshop was divided into two modules. Ahead of the first module, participants were asked to bring an object they were attached to. They then each engaged with their objects through discussions, drawings and collaborative activities. The second module required participants to perform a scene from everyday life without using props, speech or text.

The focus of the workshop was to explore everyday living in a vernacular artistic language, that is, a language that the participants called their own, based on their personal experience or historical position. The aim was to encourage freedom of expression around these fixed objects, using different media as conduits. Eighteen artists and art students of all ages attended the four-day workshop, including two artists who had come from Sulaymaniyah. 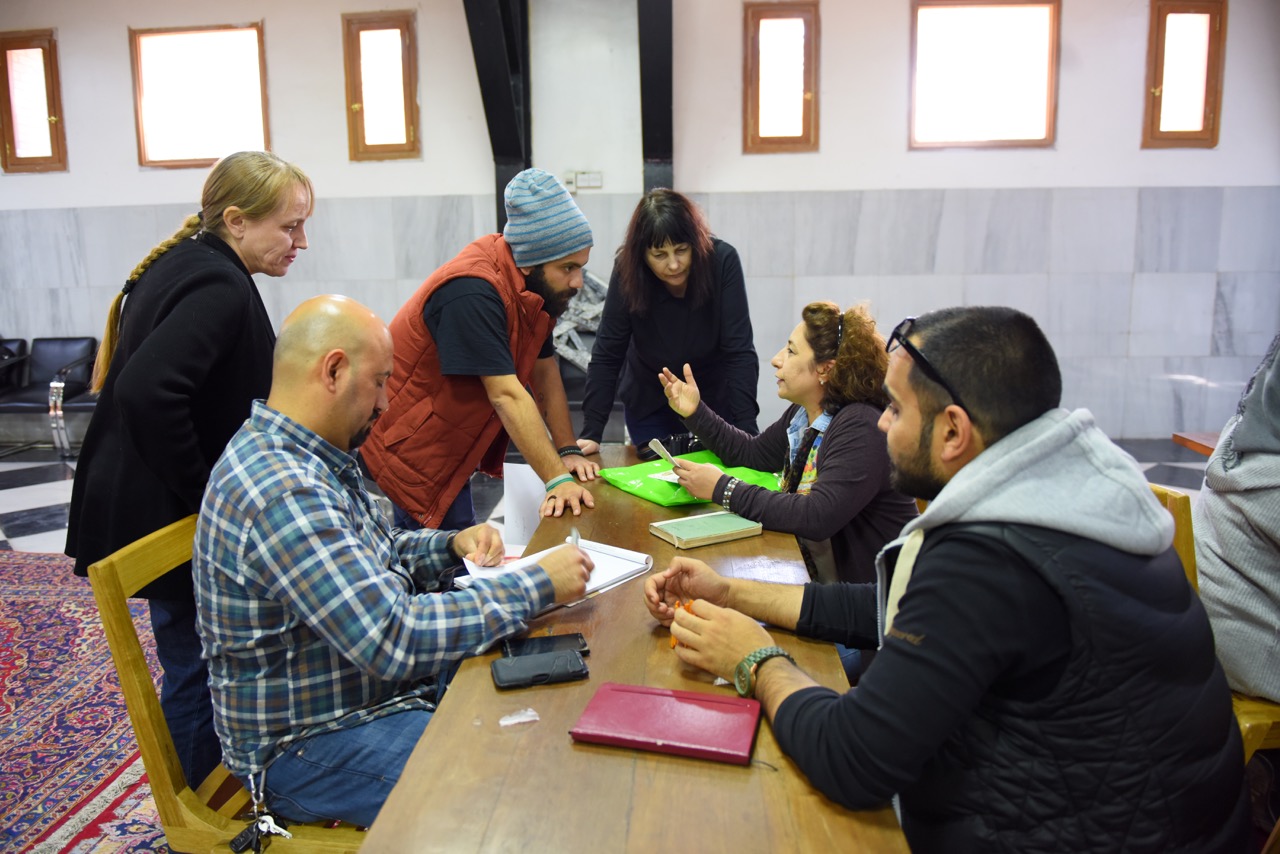 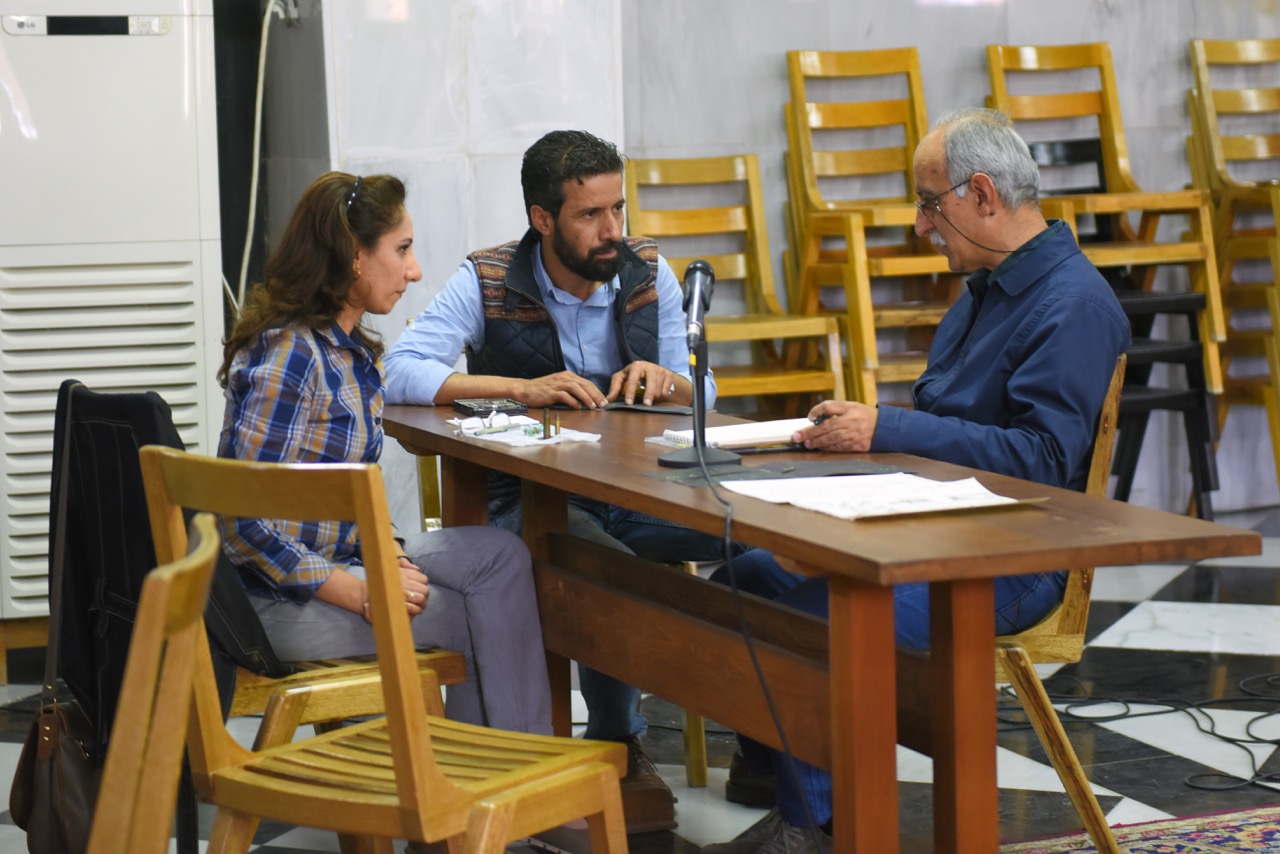 Szylak previously worked with Iraqi artists in 2010, in collaboration with the Iraqi-Kurdish artist Hiwa K. Together they founded Estrangement, a series of workshops and discussions held in the Kurdistan Region of Iraq, the outcomes of which were exhibited at The Showroom in London. She is currently the artistic director of Alternativa Festival in Gdańsk and founded the Wyspa Institute of Art in Gdansk, Poland. She also works as the Director’s plenipotentiary for establishing the Museum of Contemporary Art in Gdańsk. She is currently working on the establishment of the Museum of Contemporary Art in Gdansk, as a representative to the forthcoming director.

Addressing the artists ahead of the first module, Szylak asked them to bring an object that was ‘found, inherited, a present…It could be a letter, an old newspaper, a stone, a bowl, a chair… or an object that we associate with a particular moment in our life.’ By engaging with the object over the four-day workshop, she hoped the participants would ‘make the object active’ andproduce discussions, collaborations and drawn material. 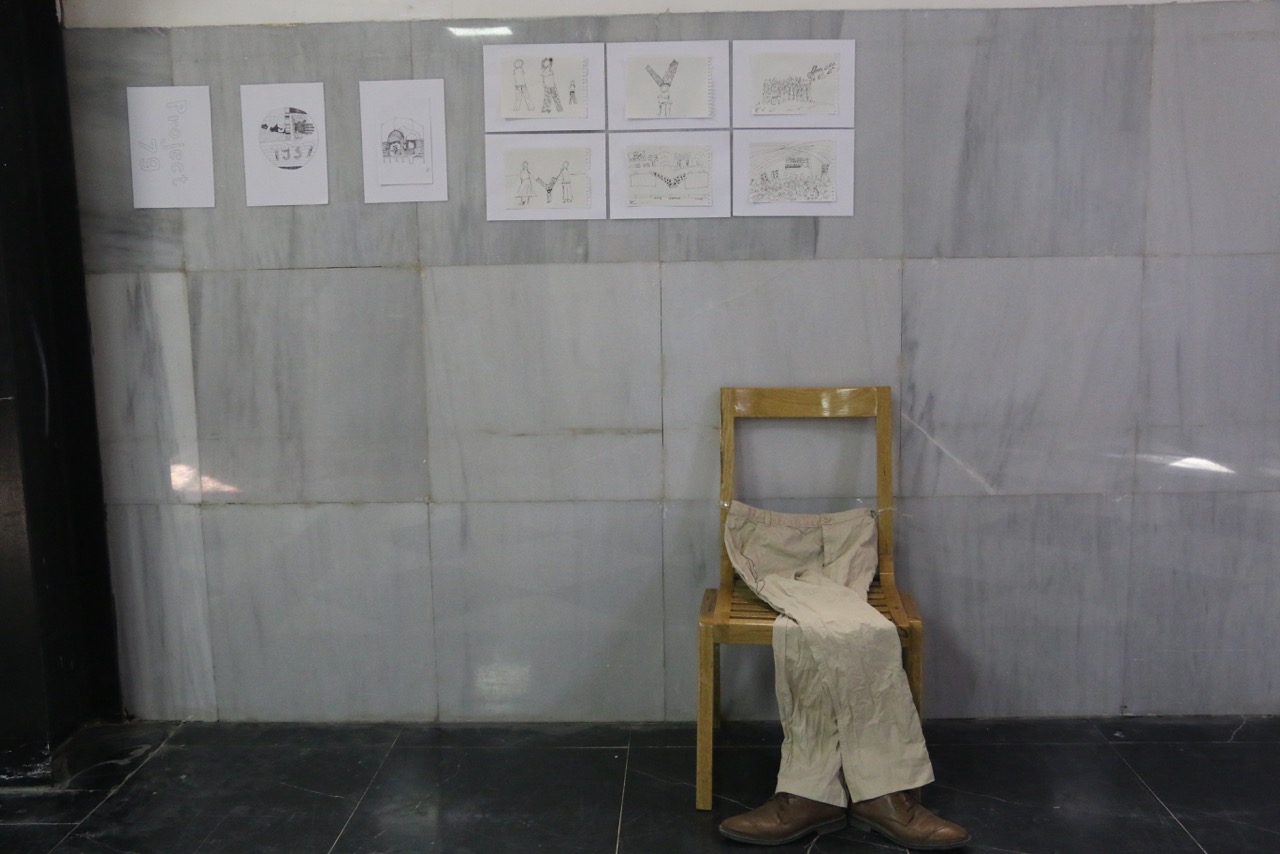 Installation with drawings and trousers by one of the participants. Photo: Ruya Foundation. 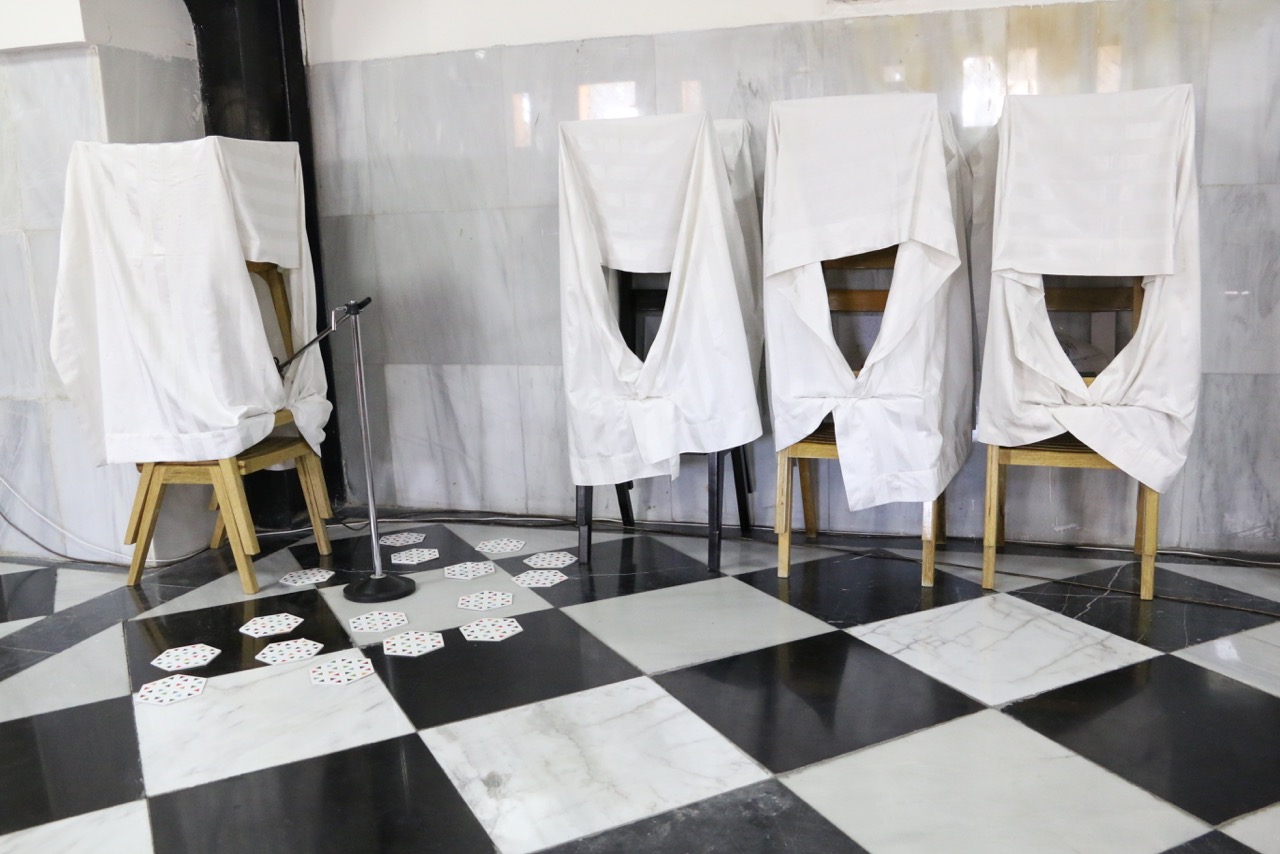 An installation by Hussein Munther, Nadia Flaih and Akram Assam. The drawings were placed in these dark shelters, and viewers asked to peer in with a flashlight for a more intimate viewing. Photo: Ruya Foundation. 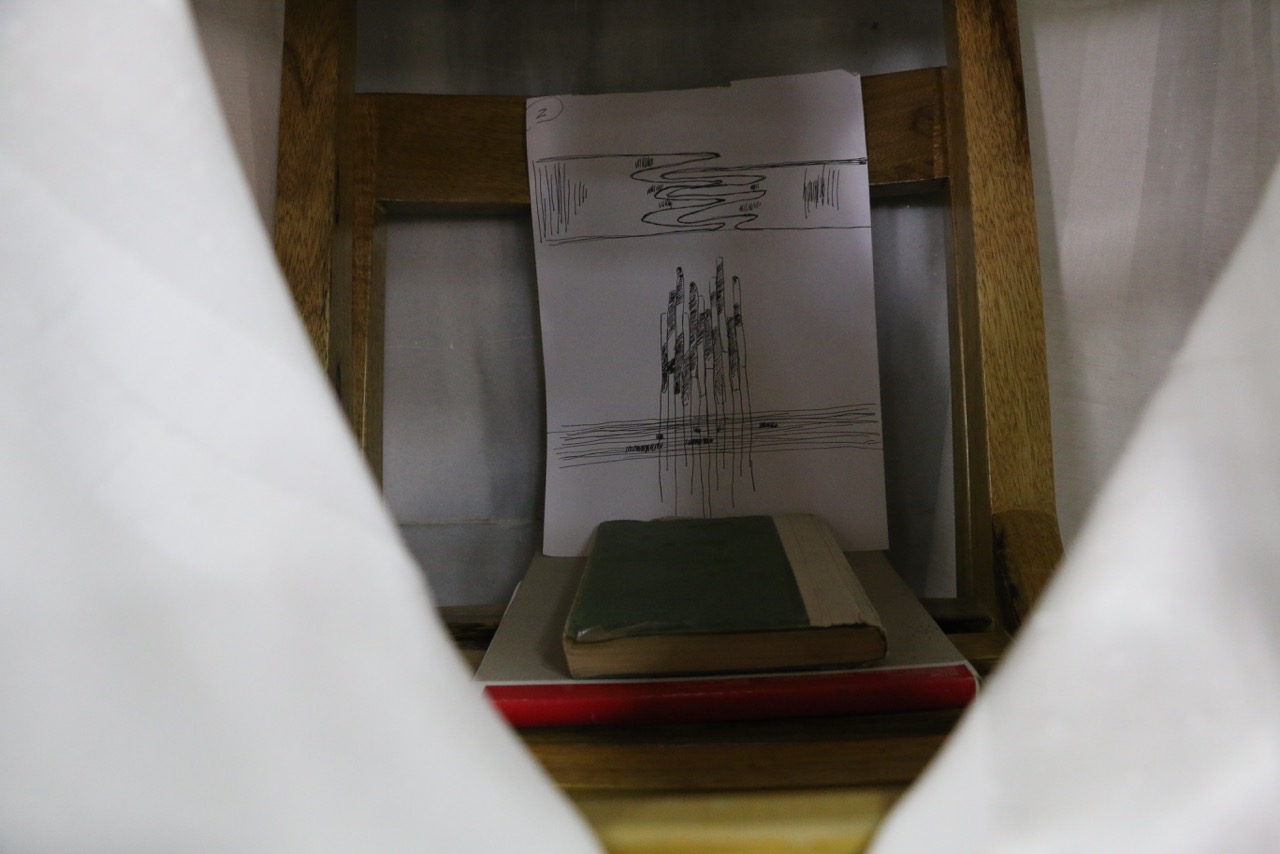 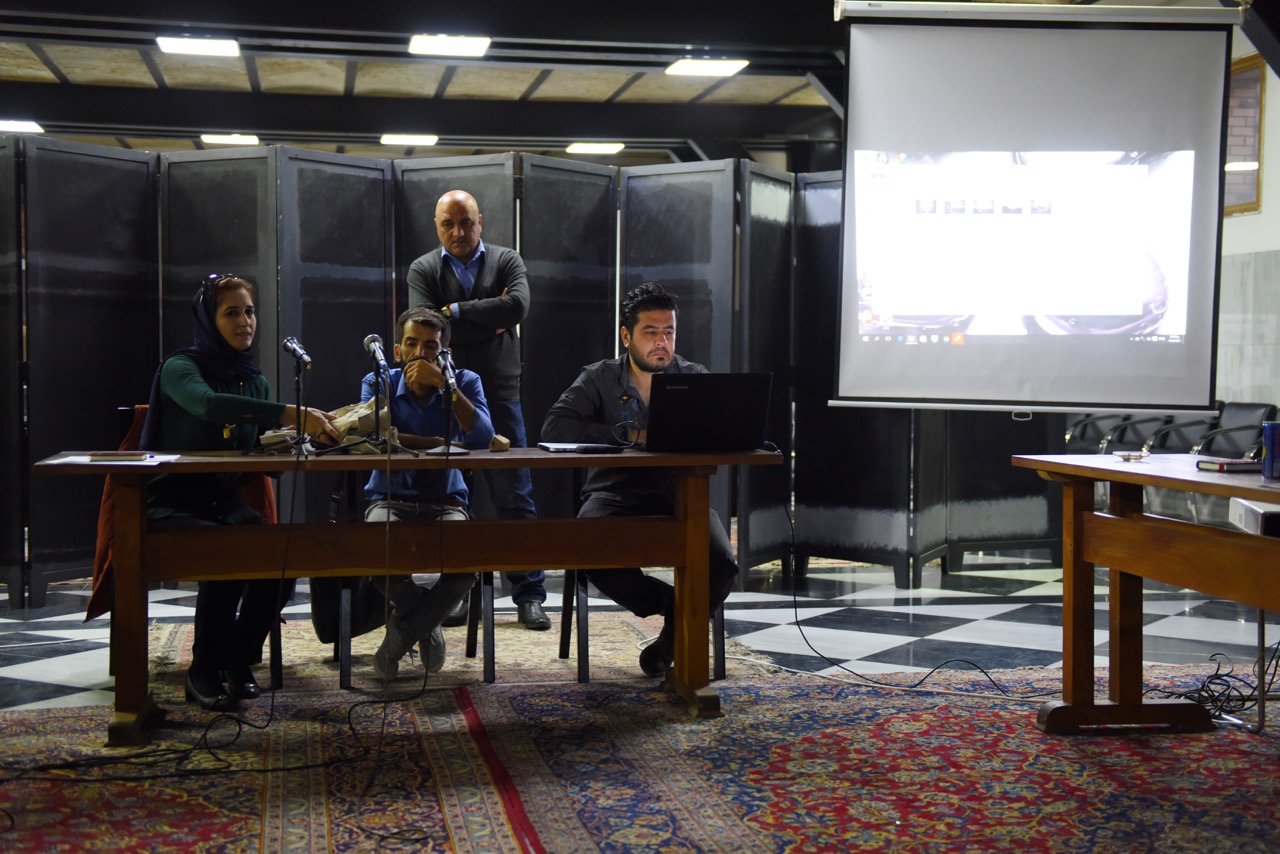 Artists present their work to the group. Photo: Ruya Foundation. 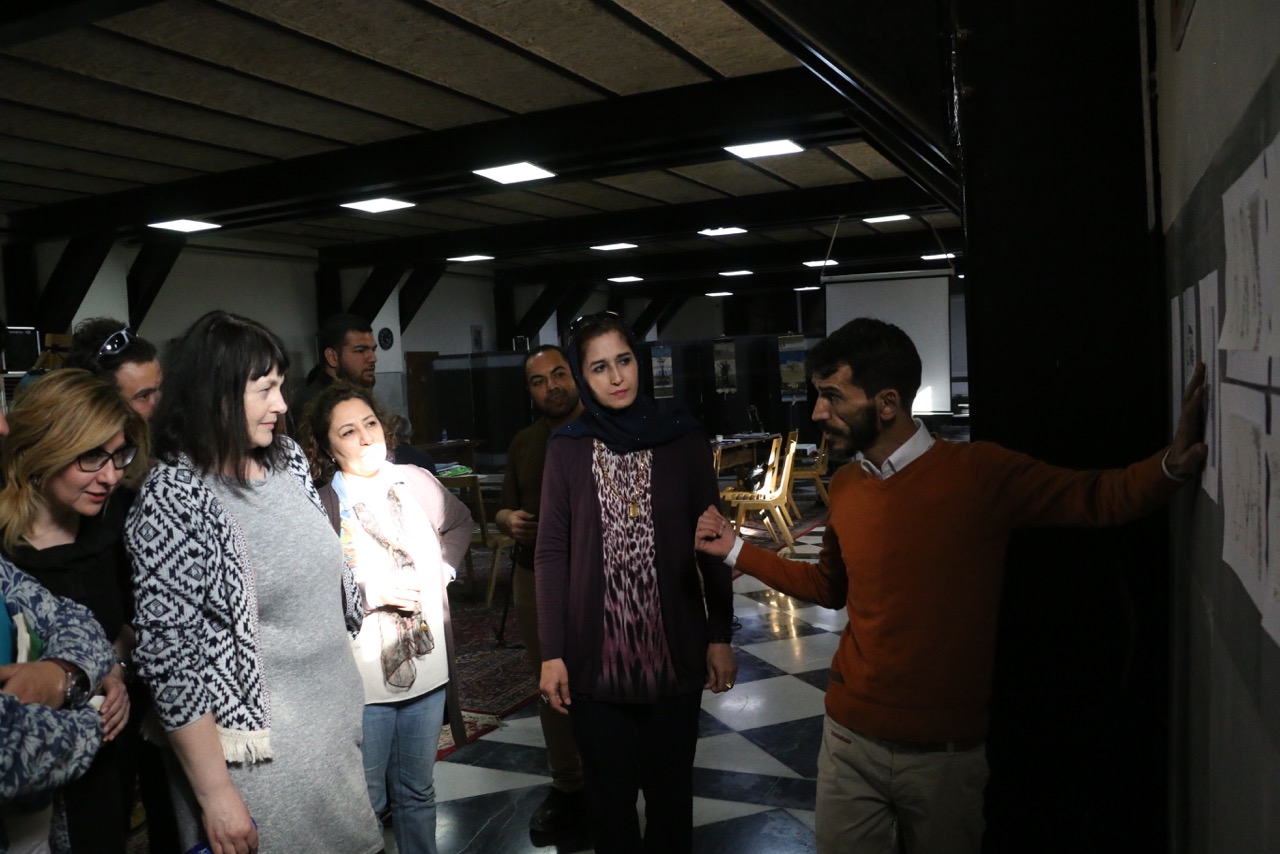 Artists present their work to the group. Photo: Ruya Foundation.

Szylak discussed her work, the practice of other contemporary artists and critical theory. The participants were then split into small groups, where they each presented the object they had brought. As they did this, the other members of the group responded to the objects withdrawings.

One artist, Inas Ghazi, brought a small wooden box filled with personal trinkets of her late husband who she lost in an explosion. In response to this, another artist drew twelve boxes, dedicating each one to a moment or event in Iraq’s collective memory. The Iraqi-Kurdish artist Awder Osman brought shrapnel of a bomb, which he had used in his previous work. It was the starting point to talk about the crises that unfolded in his lifetime, from Saddam’s genocidal Al-Anfal campaigns against the Kurds in the 1980s, to the chemical attacks in Halabja, the UN declaration of a safe haven in the Kurdistan Autonomous Region, civil war among the Kurdish parties in the mid-1990s, the American invasion of Iraq in 2003 and the current war against IS. Photographer Ayman al Amiri responded to this story with an abstract line drawing, increasing the depth of the line as more events were listed and the discussion drew chronologically closer to the current war with against IS.

The second module was a performance workshop. The artists were asked to performscenes from daily life that they chose themselves in groups. They were not allowed to speak, use language or objects. One scene was set in a government office, where men and women from the group came to get their paperwork done at a civil servant’s desk. The civil servant would then turn them away, and direct them towards a stick on a chair, intended to represent a camera, where they would get a passport photograph taken. At the end of the performance, the civil servant left the stage, followed by the men and women, in a dance-like motion. 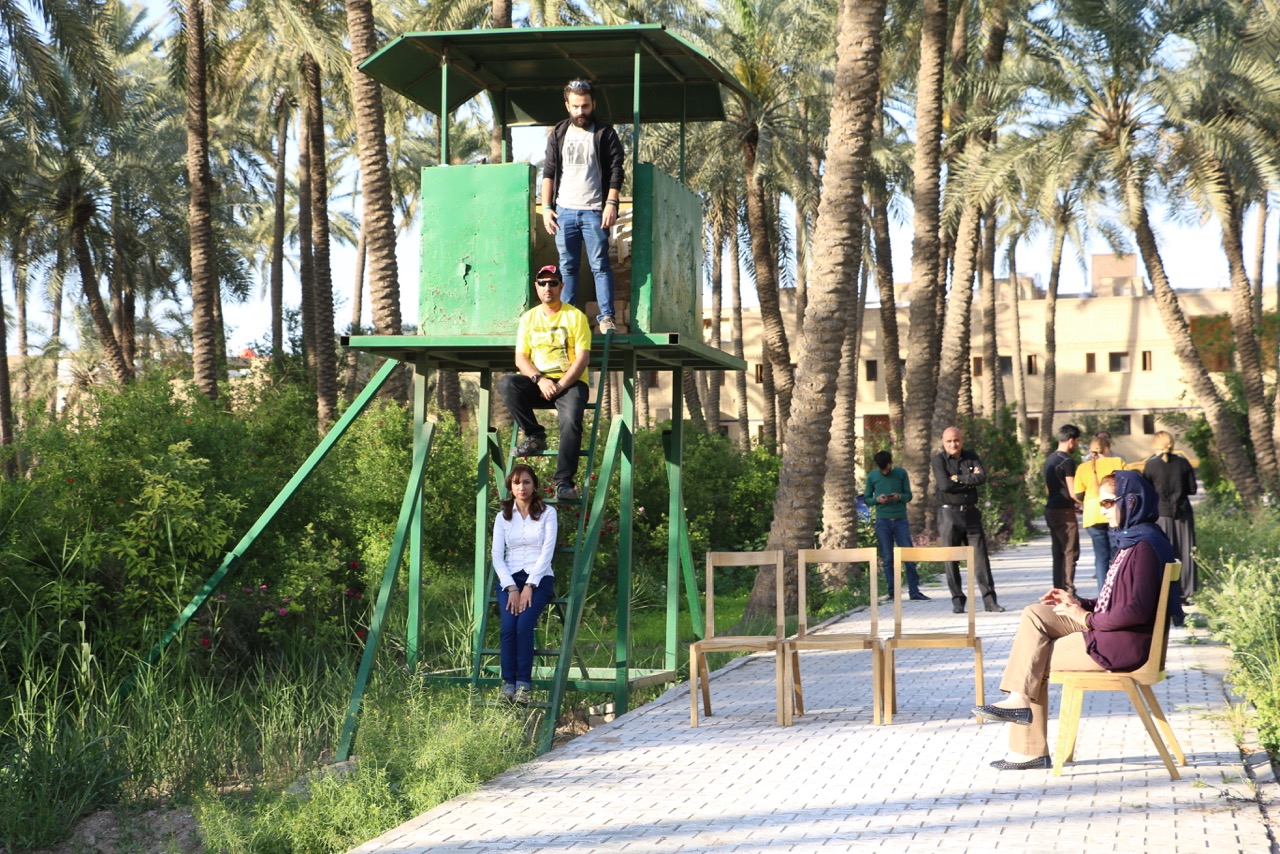 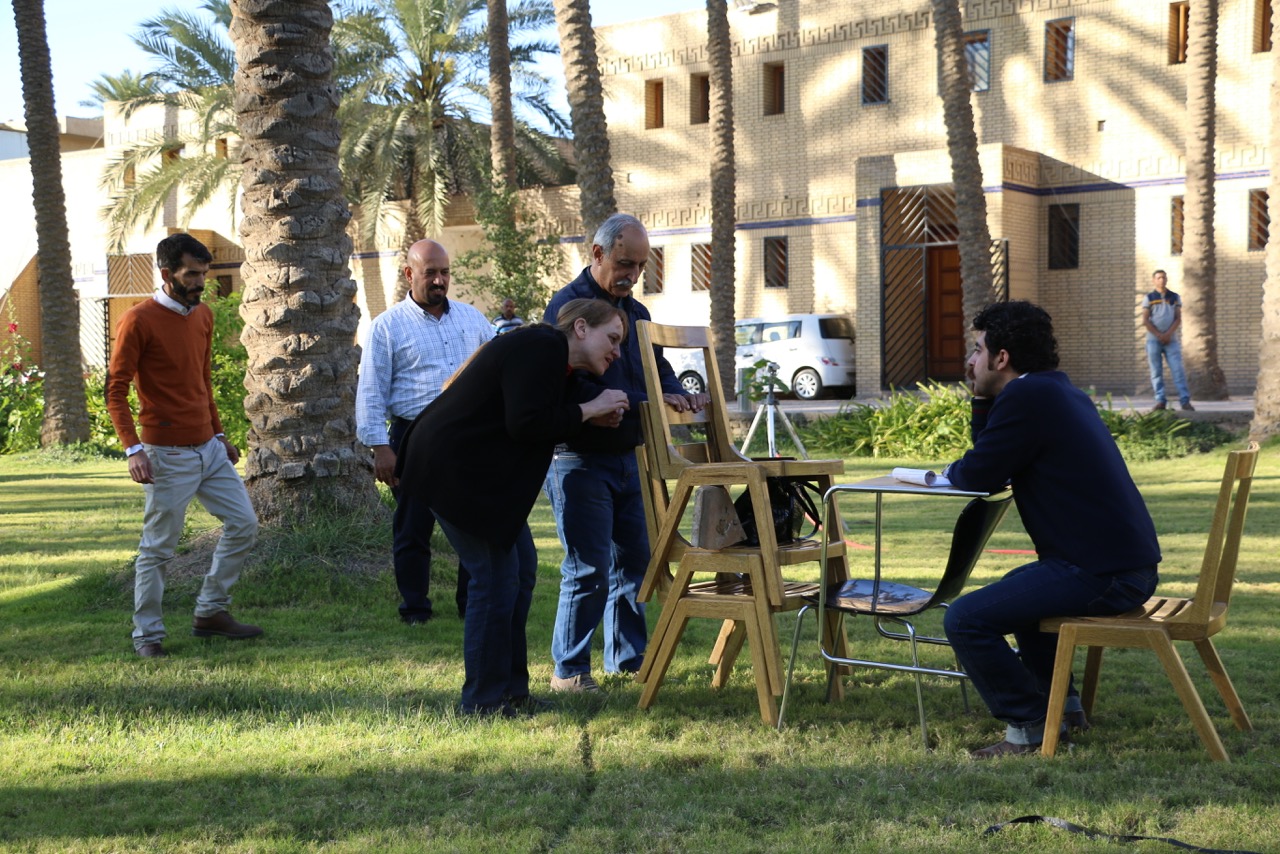 Collaboration was an important part of the workshop. Szylak wanted to highlight the intertextuality of making art, and the fact that all artworks are formed through collaborations of sorts. ‘Those who had worked in film or cinema were used to working in teams,’ said one of the participants, ‘but for other artists and photographers, it was unusual.’ Many of the participants struggled with this notion, as they were only accustomed to the concept of the artist as an original, individual maker.

Ruya will continue working with this group in collaboration with Aneta Szylak in order explore new possibilities for Iraqi art. An online forum has been created for the participants and we aim to host another workshop in our fall/winter season of the Ruya Labs.